Most people come to Alaska for the whales, the bears and the soaring eagles. And rightly so! These majestic creatures are the stuff of legends, the "heavy hitters" that have drawn the curious vacationer and the bold adventurer since the time of square-rigged ships and scurvy. But, once you're here, chances are that you'll be just as captivated by smaller, unheralded creatures that you may not have known existed. Here is a sneak peak at five that may surprise you. 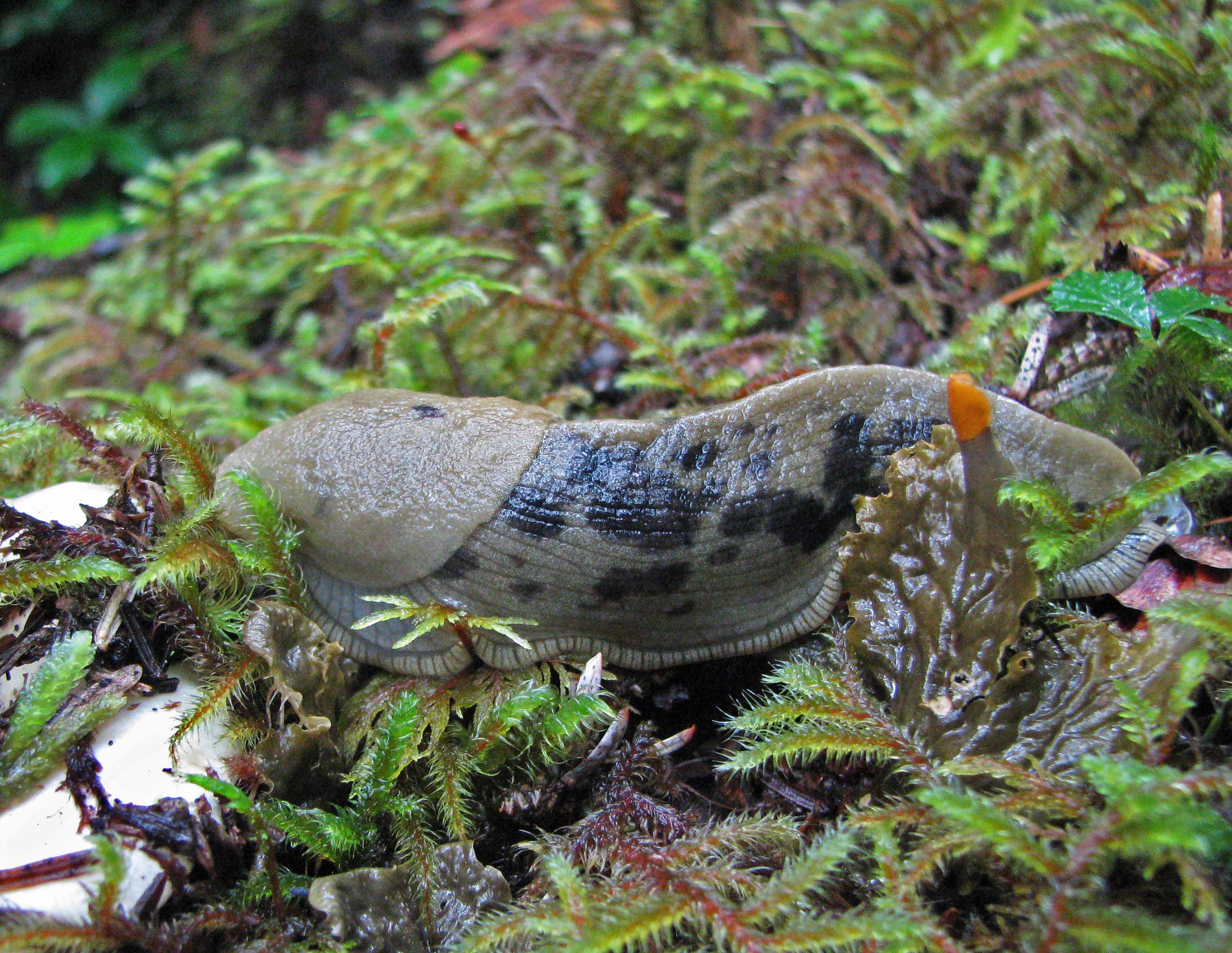 Excuse me, banana slug, but your lung is showing. This unbecoming but incredibly interesting feature of the banana slug -- the single, exposed lung -- is seen by Alaska travelers as a small hole in back of its head. Although they get their name from their often bright yellow color, many banana slugs seen in Alaska are dark green with black spots. Banana slugs must be wet at all times, and they ensure wetness even in dry weather by secreting their own homemade moisturizer, a protective layer of insulating mucous. During mating season, the mucous also contains pheromones that attract other slugs for mating.

This is what you didn't learn in health class: Banana slugs are hermaphrodites (yes, they have both male and female reproductive organs) and reproduce by swapping sperm to fertilize the eggs that each other has already brought to the party. Before the party is over, one or both slugs will often chew off the other's penis, completing what has to be one of the strangest mating procedures in the animal kingdom. Moving on... 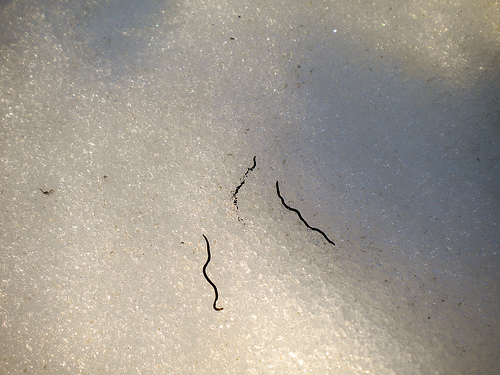 You will never find this little guy at the bottom of your tequila bottle. Ice worms, a relative of the common earthworm, are the only segmented worms known to spend their entire lives in glacial ice. Whereas the common earthworm would lose energy, freeze and die when exposed to cold temperatures, ice worms miraculously put more coal in the furnace, increase their cellular energy and thrive. However, the life of an ice worm is far from worry-free. Once the worm is exposed to temperatures above freezing its tiny black body begins to fall apart. Any warmer and it liquefies.
Those fortunate enough to approach glaciers on Zodiac boats can sometimes see ice worms burrowed in pieces of calved icebergs. 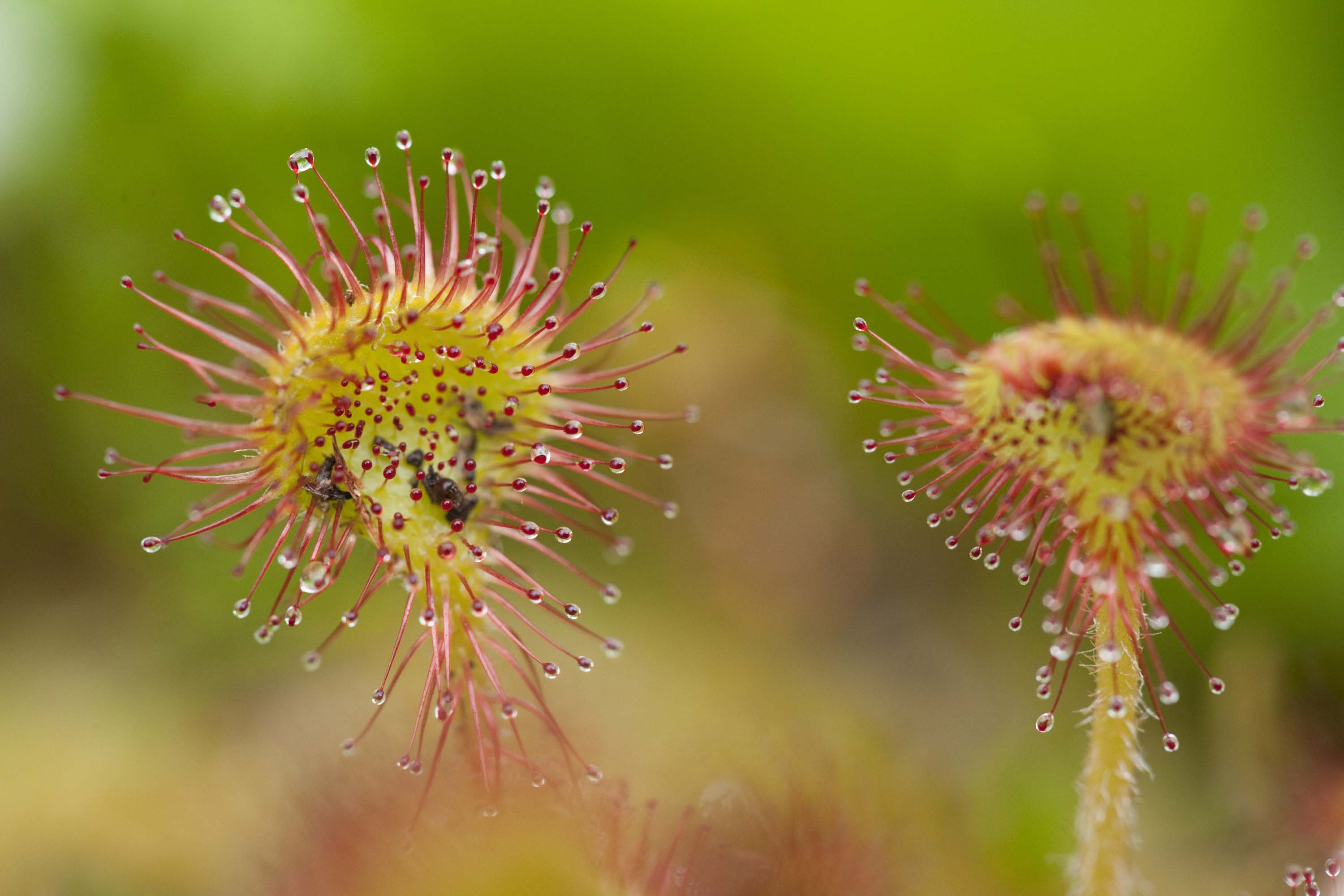 Sundew (also known as Drosera) is a nice name for what an insect would call a cruel, deceitful death trap. A carnivorous plant, the sundew utilizes moveable tentacles capped with sticky, sweet, dew-like droplets of liquid to catch its prey. When any part of an insect comes into contact with just one of the tentacles, the others close around it with an inescapable grip. Once dinner is on the table, the sundew secretes a cocktail of enzymes that exhausts, asphyxiates and ultimately dissolves the insect into a V8 juice of nutrients absorbed by the plant's leaves. From appetizer to main course, mealtime can last between 15 and 30 minutes.

This seductive plant thrives in wet habitats with acidic soils and lots of sunlight. One particular hotspot is the bog (muskeg) near the small fishing town of Petersburg. 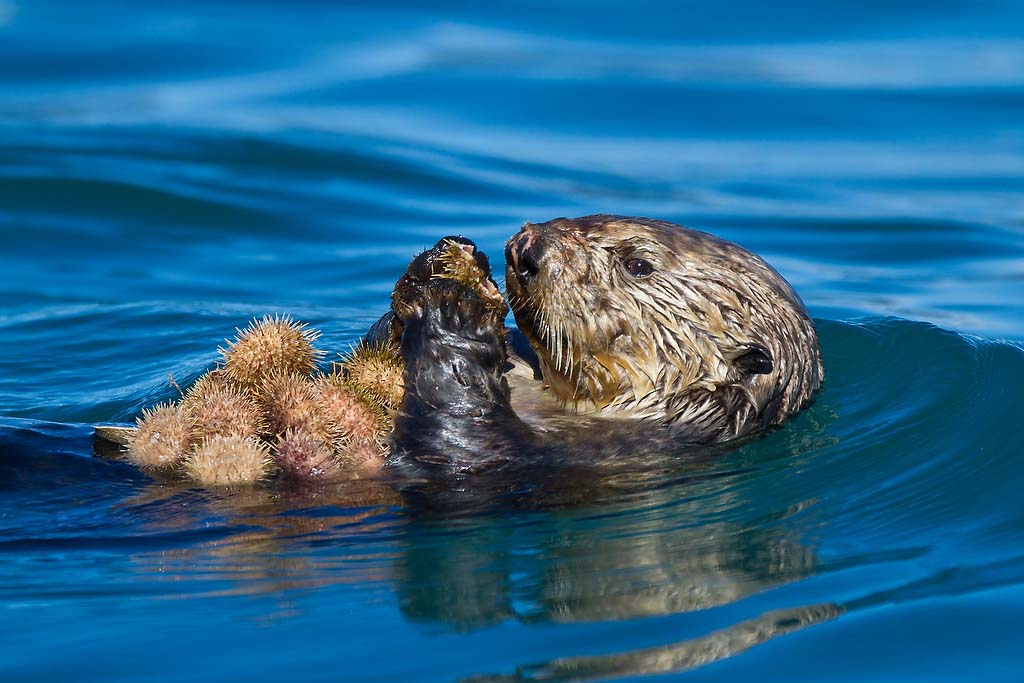 You may think of sea otters as the cuddly, cute creatures that bob along the shoreline of Alaska's Inside Passage and crack open shells on their stomachs with rock tools. They are. But these incredible sea weasels are also strange -- very strange. Sea otters are the only marine mammals without blubber, so they rely on a record 850,000 to 1 million hairs per square-inch to stay toasty in Alaska's frigid waters. Since the condition of their insulating fur is so vital to survival (they spend the vast majority of their lives in the water), sea otters are the ultimate hair divas, OCD to the max, continuously grooming and pruning to ensure that not one of those millions of hairs is out of place.

One of the few times that sea otters step away from the mirror is to feed, which they also do a lot of, with their daily intake between 25 percent and 40 percent of their body weight just to stay warm. With adults weighing up to 70 pounds, that's between 17 and 28 pounds of food! Every day! 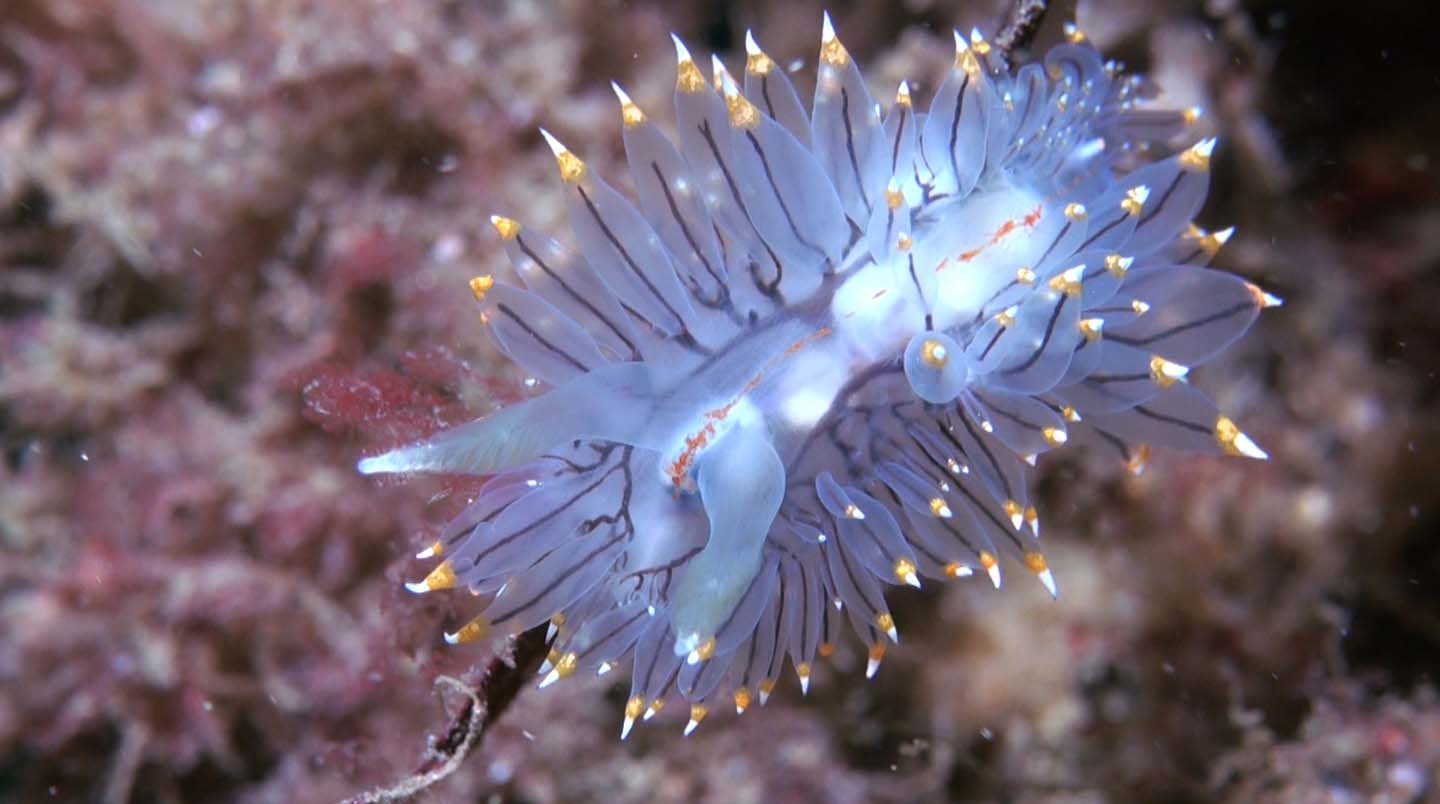 In addition to touch, what if your fingers could taste and smell? These are the tentacle functions performed by one of the world's most colorful creatures -- nudibranchs. Varying in size (less than one inch to over a foot long) and species (over 3,000 worldwide) many nudibranchs on Alaska's ocean floor utilize bright pigments and acid-trip patterns to warn off potential predators. Some of these shell-less sea mollusks have the ability to take toxins from their prey and turn them into a defense against predators. Sort of the "I'm rubber, you're glue" maneuver in the animal kingdom.

It's going to take some digging, or rather some diving, to find these captivating creatures in Alaska, but it is well worth it the trip.