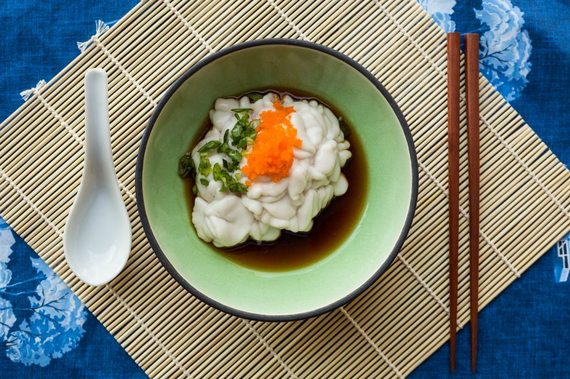 Let's get one thing out of the way right now: This is a story about cod semen and the people who love to eat it.

Right now, fishing boats are pulling Pacific cod from the Bering Sea and Gulf of Alaska. According to the North Pacific Fishery Management Council's guidelines, fishermen are allowed to catch up to 325,000 tons of cod this year.

A lot of that cod will become fish sticks or batter-fried filets.

But many processors in Alaska also remove the sperm sacs of male cod, a seafood product called cod milt. In Japan, a high-end market exists for cod milt, which goes by the unsettlingly literal name shirako, or "white children."

Virtually unknown in the U.S. outside certain bold Epicurean circles, the male counterpart to caviar is a delicacy in Japan, where it is tempura-fried, dipped in ponzu sauce or served in hot pot soup dishes typically enjoyed in winter months, according to Akiko Yakata, the Alaska Seafood Marketing Institute's representative in Japan.