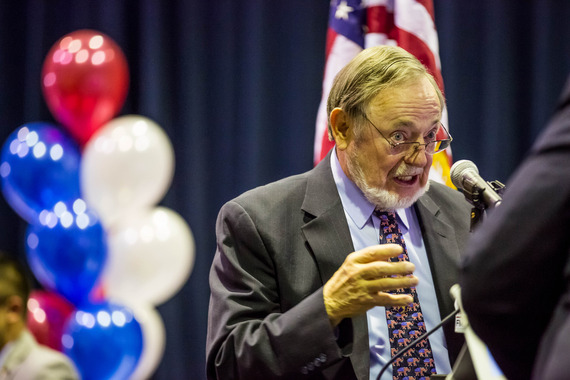 Alaska Rep. Don Young linked the U.S. homeless population to the wolf population in an outburst Thursday before the U.S. House Natural Resources Committee. After it became national news, with headlines quoting him as saying wolves would get rid of homeless people, he released a statement saying people may have "misunderstood my comments."

He was referring to a letter signed by 79 House members asking Interior Secretary Sally Jewell to reconsider the action of taking the gray wolf off the Endangered Species List. They proposed that it be listed as threatened and that some protection be retained.