Jeff Landfield is running for the Alaska Senate in 2016, but this brazen politico may face an uphill battle.

On his resume, 30-year-old Landfield lists former Alaska Lt. Governor Mead Treadwell as a personal reference. He also calls Lt. Colonel Margaret Stock, who has helped overhaul immigration law in the United States, a close personal friend. In 2012, Landfield ran as a first-time Republican candidate for the Alaska State Senate and received 44 percent of the vote in the primaries against a 12-year incumbent. 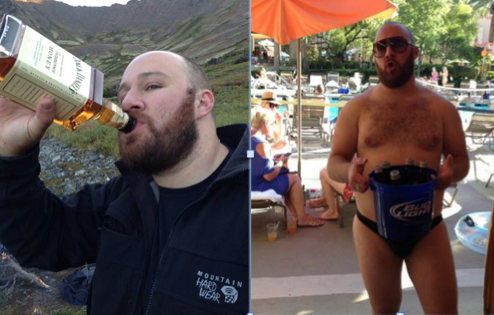 Last winter, the Anchorage, Alaska resident made headlines in his home state thanks to a penchant for baring it all. Landfield's choice in swimwear earned him the scrutiny of members of the local government when Facebook images of him in a thong Speedo, along with pictures of him mimicking the act of fondling a woman's breasts, allegedly circulated throughout the Capitol in early February.

The one-time candidate for the Senate had just been appointed for consideration to the Alaska Commission on Judicial Conduct by Governor Bill Walker, before the photos surfaced. It was a Tuesday when Landfield received word by email of his appointment, and three days later, on a Friday, when he received a phone call urging him to withdraw. Before Landfield had time to make a decision, he was told he was out.

You could call this a death sentence for Landfield's political career, but this senatorial hopeful would rather draw the timely link to Donald Trump, whom he calls "the opposite of a politician." Landfield may not be endorsing the presidential aspirant, but says Trump's popularity in the polls is evidence that the public is tired of the lack of authenticity rampant in modern day politics.

Jeff Landfield grew up, like most Millennials, enveloped in the social media bubble. For a self-described life-of-the-party type, he was never one to shy away from cameras or attention, and "filter" isn't exactly part of his vocabulary.

Landfield, whose photos were denounced by the governor's office as "disrespectful" and "misogynistic," is also far from the first public figure to fall prey to his social media demons, but rather part of a much larger, oft-documented trend that doesn't seem to be going anywhere.

"There is a new ethic about publicness," says Pamela Rutledge, director of the Media Psychology Research Center, weighing in on Landfield's situation. "What is important is authenticity. [Landfield] has approached this in keeping with the social media ethos of transparency."

Landfield says his social media presence is evidence of his sense of humor and openness, while people in public service who seem "so squeaky clean" and "picture perfect" are the ones we have to worry about. 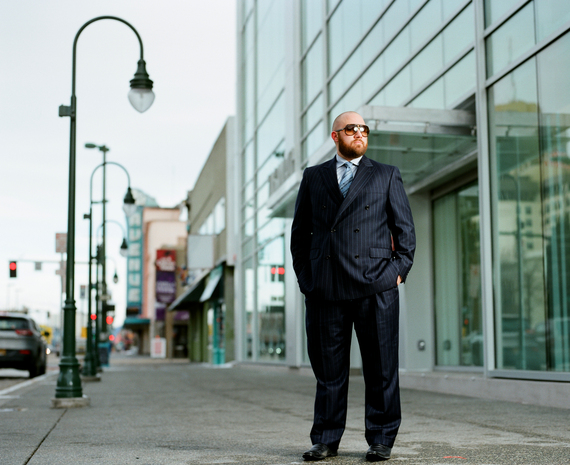 "Most people didn't realize I would own it," says Landfield, of being smeared by the governor's office, adding that this "scandal" won't change anything about his social media habits, and that calling him "misogynistic" is, at best, a gross misunderstanding of his boisterous persona. Landfield also chalks his ousting up to petty politics. While he was disappointed about losing the appointment, he says he harbors no ill will toward the governor, and doubts Walker really had much involvement in the decision at all.

Landfield has over 1,700 Facebook friends, among them high-ranking public officials. Anyone who spends a few minutes perusing Landfield's Facebook or Instagram accounts would realize an apology would be a denial of who he is.

"We have people in government involved in corrupt activities and it's accepted as part of life... when you get elected there is a shroud of protection," says Landfield, noting that his photos are nothing compared to what many politicians have done -- or purportedly done -- in office.

In addition to opening up a discourse around authenticity in politics, Landfield's situation forces us to consider how such "scandals" come to be. In an era when every aspect of one's personal life has the potential to be on display, when every move is surveilled and scrutinized, what really defines a "scandal," and how do we decide who is deserving of our castigation or our leniency?

No politician is spared from having his or her life taken to with a fine-toothed comb, and social media is merely one extension of that. Hillary Clinton has recently come under fire for the private email account she held while serving as secretary of state, and the alleged classified emails she received during that time.

As primary season slogs on, there are sure to be many more such reveals. We crave as much information and transparency as possible when it comes to those who serve us, oftentimes holding them to impossibly high standards. As Landfield points out, this process is frequently fraught with political nefariousness.

Losing the nomination to the commission hasn't given Landfield much pause when considering his chances in the upcoming election.

While he acknowledges he may lose some of the more conservative vote in his upcoming bid for senate, Landfield hopes to get young people more excited about voting in the primaries. He says there are serious issues he cares about, and if being known for parading around scantily clad is what helps get these issues the attention they need, that's ultimately a silver lining.

With the Millennial generation continuing to spill into the workforce, and social media exposure expanding feverishly, a number of questions rise to the surface. Are people more reluctant to put themselves out there, knowing their personal lives are up for grabs? Will the public continue to hold politicians to higher standards than they hold themselves? Or, with all the "reality" it has documented, will the Internet prove to be the great equalizer, pulling back the curtains on how human we all are?

Challenging though it may be to always strike an appropriate balance between professional and personable when you're in the public eye, being honest with oneself seems to alleviate at least some of the burden.

As Rutledge notes, "[Landfield]'s approach leaves it to the voters to decide what kind of person they want in office."