From the new book Modern Albania (NYU Press, 2015). A version of this first appeared in Spiegel Online. 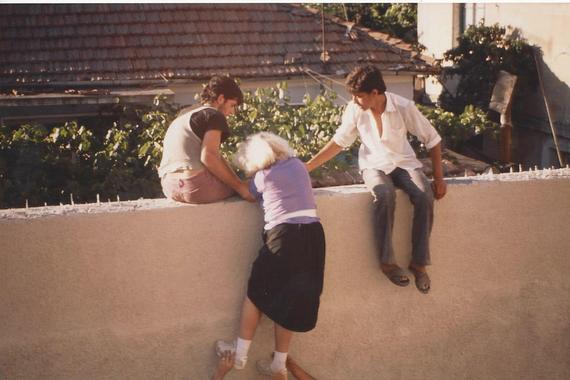 Ervis Gega was 16 years old in summer 1990 when hundreds of frustrated Albanians, craving to rejoin the world, began storming foreign embassies in their capital. Gega and her relatives watched the news on Italian television from their hometown and quickly made up their minds. A family of musicians, they had long suffered under Communist rule.

The Berlin Wall had fallen eight months before but Albania's Communist party was holding on. Statues of Stalin and the long-time dictator Enver Hoxha, who died in 1985, still stood in this closed and repressive Balkan state.

Gega grabbed her Chinese-made violin and boarded a train for Tirana with her parents, uncle and aunt. When they arrived, security forces had surrounded the diplomatic quarter but the family slipped the police some money and clambered over the wall into the West German embassy.

Within a few days, more than 3,000 Albanians had joined Gega and her family, especially after an asylum-seeker rammed the embassy's wall with a truck. Hundreds of other Albanians had occupied the embassies of the Greeks, Italians and French. Four people jumped into the Cuban embassy but the Cubans threw them back. 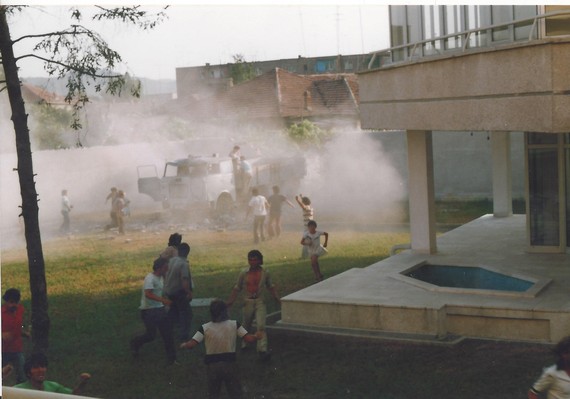 A man drove a truck through the wall of the West German embassy on July 3, 1990. Three people also entered the East German compound. © Lothar Parzeller

For the most part, the police showed restraint. Even if ordered to shoot, low morale would have likely prevented security forces from opening fire. The police and soldiers also wanted to leave.

Some western diplomats encouraged Albanians to scale the embassy walls. "I did it because I knew a massive exodus would make the regime collapse," said Werner Daum, the senior West German diplomat in Albania at the time, who turned on the embassy lights and opened the gate. Albanian Politburo members and intelligence agents from that time later said they had gathered information about foreign support for subversive plots to topple the government, pointing the finger at Germany, Italy, France, Yugoslavia, and Greece.

"This looked like something spontaneous," the communist president at the time, Ramiz Alia, told me. "But for sure there were hands behind it."

By July 7, the West German compound housed 3,199 people, who slept in the garden and relieved themselves in a hand-dug latrine. A woman gave birth to a baby girl she named Germana. Eight hundred and seventy people slept in the Italian embassy, and about five hundred stayed with the French.

"It was so full but the people were happy," Gega recalled 25 years later from her home in Bonn, Germany. "We watched the soccer World Cup every night and at that time Germany won - it was a party." 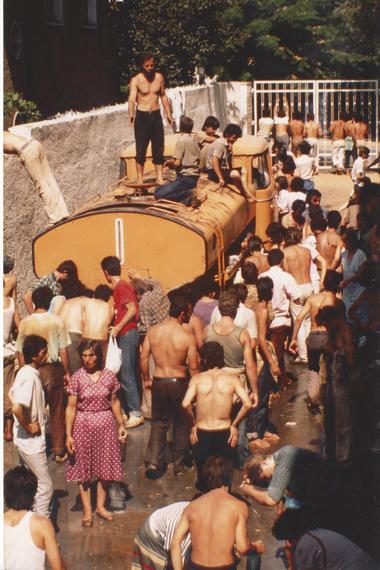 Albanians atop a water tank in the West German embassy.© Lothar Parzeller

The Albanian government denied the embassies' requests for food and tents. Either take them out of the country or give them to the police, the government said. Instead, the authorities cut the water supply and spies infiltrated the crowds to learn why people had left.

A Scooter and Jeans

"The reason was the lack of trust in the rules in force," one person told an agent who had slipped into the German embassy, according to an Albanian intelligence report.

"The reason is to be dressed like the people of my age abroad (blue jeans or other clothes like this) and to have a scooter," another person told a spy. "I have never thought to have these things without working, but I don't know how to buy a scooter in Albania or the clothes."

For Gega's family, it was the relentless persecution by Enver Hoxha and the party. Her relatives had been imprisoned and sentenced to death. The talented Ervis was forbidden to study music or join the choir.

On July 8, a United Nations envoy arrived for talks and the government announced it would allow the asylum-seekers to leave the country. Alia realized that they were not going to return home, even with a promise of immunity.

Two days later, the plane of the new Czechoslovak president Václav Havel picked up fifty-one Albanians who were in his country's embassy. "Long live Havel," they yelled upon landing in Prague.

Tossing Watches and MoneyAt 4:00 a.m. on July 12, the authorities herded the remaining people onto buses and drove them in a convoy to the port city of Durres, where ferries waited to take them across the Adriatic to Italy. Villagers lined the road to wave good-bye. The passengers threw their watches and money out the bus windows, as if they wanted to leave it all behind.

Trains took the asylum-seekers from Italy to Germany, France and beyond, escorted by the Red Cross. After they left, the end of Communist rule was a matter of time. That December, student protests pushed the Central Committee to legalize pluralism. Two months later, a crowd toppled Hoxha's bronze statue in Tirana's Skanderbeg Square. The Albanian Party of Labor won the first multi-party elections on March 31, 1991 and Alia remained president but he held the post for less than one year.

Today Gega is a professor at Johannes Guttenberg University in Mainz, plays for the Bonn Classical Orchestra and performs worldwide. "I'm an Albanian and Albania is my homeland," she said. "But Germany is my home." 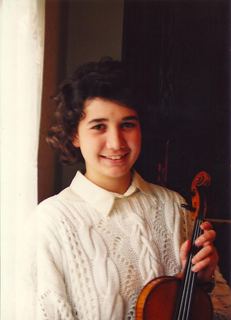 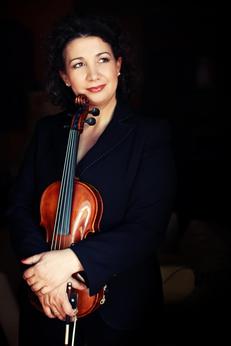