The news that former Speaker of the New York State Assembly was convicted on federal corruption charges invites one's pick of cliché. I'm shocked, shocked to find there's gambling going on in here (Casablanca)! It's dejavu all over again. Or my favorite: Groundhog Day (movie, not the February holiday that celebrates a marmot as weather sage). Except, in the case of the holiday, Shelly Silver may or may not see his shadow from the confines of a federal penitentiary possibly come 20 future Februarys. And, the ongoing corruption trial of the State Senate Majority Leader, a father-son duo that rivals Vito and Michael Corleone in terms of complications, does not look good for the defense. 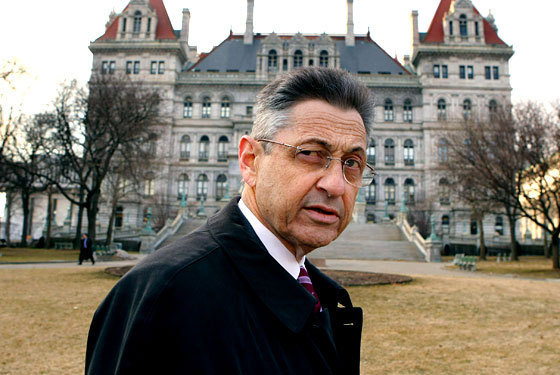 Before I was a criminal defense lawyer, I was a prosecutor. Before I was a prosecutor I was the Senior Adviser for Government Reform for the Majority Conference in New York State Senate (the irony of the title considering the stream of corruption prosecutions and convictions since is not lost on me.) And before that I worked at the Brennan Center for Justice where I was the co-author of the updated report that showed that the New York State Legislature was (shocker!) still dysfunctional.

While I was worked in Albany in the State Senate I recall people wondering, myself included, what lawyer Shelly Silver did at the firm of Weitz & Luxenberg, a personal injury and medical malpractice law firm. He never appeared in court on a case. So what exactly did he do? (New York's part-time legislature allows its elected members to hold non-government positions. Of course, the outside employment should not conflict with an elected official's public duties.)

In the Senate, I helped to negotiate a package of ethics and campaign finance reforms with Assembly lawyers in 2009 and 2010. Although the package was passed by both houses it was vetoed by Governor David Paterson and the veto survived a vote to override (again, the players involved in trying to enact ethics reform invites ironic musings). I recall through the negotiations that the Assembly lawyers were resistant to changing the ranges of categories for income from outside employment. At the time, the two highest categories were $100,000 to under $250,000 and $250,000 or over. The income categories, among other reforms, were revised in an ethics package in 2011 shepherded by Governor Cuomo. With narrow ranges of income categories for every hundred thousand or so.

In 2013, Silver listed $650,000 in income from Weitz & Luxenberg on his annual disclosure form (and prosecutors later revealed nearly four million dollars total compensation from the firm over a decade). The talk about what Silver did--or did not do-- for that income became louder. The question became would Weitz & Luxenberg firm hire a lawyer with no litigation experience to do the same work and be paid the same income? (Take a wild guess.) The managing partner of Weitz & Luxenberg testified at Silver's trial that Silver did no actual legal work; rather he was paid for case that he referred to the firm. The referrals Silver netted were part of one of two corrupt schemes for which he was convicted.

A few years ago I wrote an article for Albany Law Review entitled A Decade of Corruption, that enumerated the parade of corruption convictions of state legislators and discussed public integrity enforcement after the federal honest services fraud statue was narrowed by the U.S. Supreme Court in 2010. In the piece, I argued for stricter disclosure requirements including the nature of the business for which compensation was received. I also argued for the aggressive application of a state law in corruption cases: Receiving Reward for Official Misconduct in the Second Degree, Penal Law Section 200.25, a class E felony. This law is essentially secret because it is rarely applied in New York.

All that Receiving Reward for Official Misconduct in the Second Degree requires is that a person "solicit, accept or agree to accept any benefit" for violating a duty of a public servant. The law is broad because it covers any duty of a public servant, from dog catcher to judge, and only requires the solicitation or acceptance of any benefit. In 2006, the Court of Appeals upheld the conviction of a judge who accepted cigars as a gift from an attorney who appeared before him. The Court held that the cigars were a benefit and that the judge violated the Code of Judicial Conduct.

In New York, legislators and their staff and state workers are subject to a Code of Ethics in the Public Officers Law. Of the eight standards that are included in the Code of Ethics are provisions for the appearance of a conflicts of interests with private business and public duties or acts that "will not raise suspicion among the public that he is likely to be engaged in acts that are in violation of his trust." The Code also contains a provisions barring from using "his or her official position to secure unwarranted privileges or exemptions for himself or herself or others." Based on what we know now--or from Silver's own disclosure of his Weitz & Luxenberg income, it would be fair to say that he shredded the Code of Ethics. 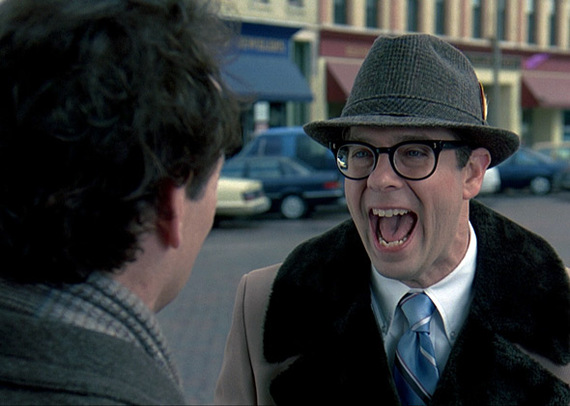 Federal prosecutors, especially in the Southern District, have vigorously prosecuted corrupt elected officials. However, the 62 District Attorneys in New York State have two powerful weapons at their disposal: Penal Law Section 200.25 and the Grand Jury. While it is true that federal criminal penalties for corruption are harsher than the state Penal Law, it is past time that District Attorney started prosecuting New York's elected Ned Ryersons.