Called the "embodiment of pure intellect," Albert Einstein has long been considered one of the most brilliant men who ever lived. During his life and since his death, people everywhere have wondered how one man could have possessed such genius.

Now, scientists may have uncovered a clue within the physicist's unusual brain. 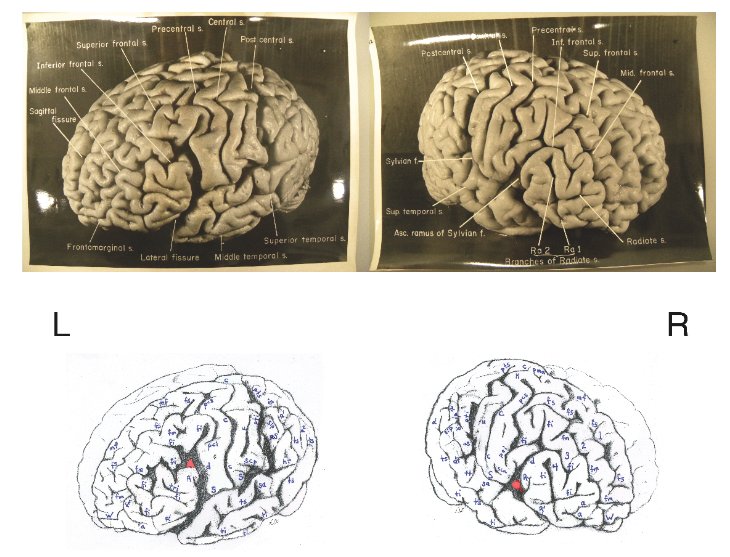 The images of Einstein’s brain are published in Falk, Lepore & Noe 2012, (The cerebral cortex of Albert Einstein: a description and preliminary analysis of unpublished photographs, "Brain") and are reproduced here with permission from the National Museum of Health and Medicine, Silver Spring, Md.

According to a new study led by Florida State University evolutionary anthropologist Dean Falk, "portions of Einstein’s brain have been found to be unlike those of most people and could be related to his extraordinary cognitive abilities."

"Certain things are normal," Falk told The Huffington Post in a phone interview. "Brain size is normal. Overall shape is asymmetrical, and that is normal. What is unusual is the complexity and convolution in the various parts of the brain."

According to a written statement issued by the university, the study, published Nov. 16 in the journal "Brain," reveals the description of Einstein's entire cerebral cortex. To do this, Falk and her colleagues examined 14 recently uncovered photographs of Einstein's brain -- photos that, Falk said, were difficult to obtain.

When Einstein died in 1955, his brain was removed by Thomas Harvey, a doctor at the hospital where the physicist died, NPR notes. It is likely that Harvey never got permission to remove the brain, but as author Brian Burrell writes in "Postcards from the Brain Museum," the doctor got a posthumous stamp of approval from Einstein's son.

Harvey had said that he intended to study the brain, or at the very least, to find other scientists to do so -- something that was never satisfactorily achieved in the doctor's lifetime.

Still, scientists are now able to study Einstein's brain thanks to a number of photos and specimen slides that Harvey had prepared of the organ. The brain, which was photographed from multiple angles, also has been sectioned into 240 blocks from which histological slides were made.

As the FSU statement notes, most of the photographs, blocks and slides were lost from public sight for more than 55 years; fortunately, a number of them have been recently rediscovered and some can now be found at the National Museum of Health and Medicine.

It was with a few of these images, 14 to be exact, that Falk and her colleagues were able to take a closer look at Einstein's brain.

What they discovered was astonishing.

“Although the overall size and asymmetrical shape of Einstein’s brain were normal, the prefrontal, somatosensory, primary motor, parietal, temporal and occipital cortices were extraordinary,” said Falk, who compared the organ to 85 other human brains already described in the scientific literature. “These may have provided the neurological underpinnings for some of his visuospatial and mathematical abilities.” 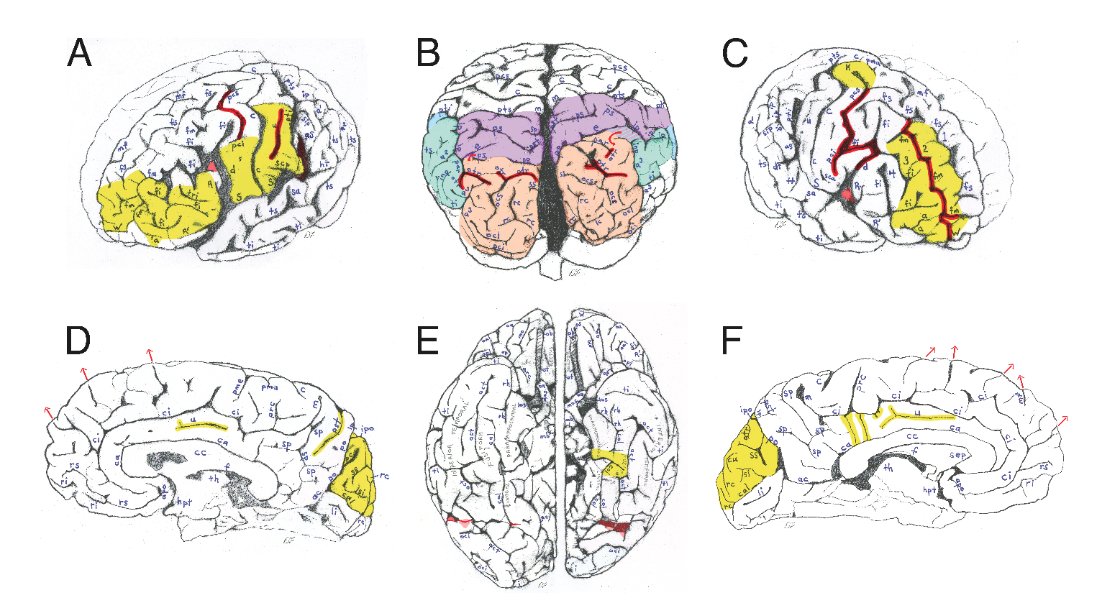 (Highlights of Einstein’s brain; published in Falk, Lepore & Noe (2012) and are reproduced here with permission from the National Museum of Health and Medicine, Silver Spring, Md.)

For instance, Falk explained to The Huffington Post, parts of Einstein's frontal lobe are "extra convoluted," his parietal lobes are in some parts "extraordinarily asymmetrical," and his primary somatosensory and motor cortices near the regions that typically represent face and tongue are "greatly expanded in the left hemisphere."

Albert Galaburda, a neuroscientist at Harvard Medical School in Boston, told Science magazine that "what's great about this paper is that it puts down…the entire anatomy of Einstein's brain in great detail." But, he added, the study raises "very important questions for which we don't have an answer."

"Among them are whether Einstein started off with a special brain that predisposed him to be a great physicist, or whether doing great physics caused certain parts of his brain to expand. Einstein's genius, Galaburda says, was probably due to 'some combination of a special brain and the environment he lived in,'" the magazine continues.

Interest in Einstein's brain is by no means a new phenomenon.

As Burrell writes, "the brain of Albert Einstein has acquired a notoriety out of all proportion to its value as an anatomical specimen."

In 1999, scientists at Ontario's McMaster University were able to compare the shape and size of Einstein's brain with those of about 90 people with average intelligence, according to the BBC. The researchers, who used a few of Harvey's other photographs, found at the time that at least "one area of his brain was significantly different than most people's."

Years later, Falk took her first stab at analyzing Einstein's brain and at the time, had claimed to have identified "a number of previously unrecognized unusual features" of the organ, Science magazine wrote in 2009.

As USA Today reports, the locations of some chunks of Einstein's brain are still unknown, so "the photos of the full, pre-dissected brain are a real find."

The door is now open for other scientists to learn more about the legendary physicist's brain.

"This is a starting place," Falk told The Huffington Post. "In this study, we [tried to set] the groundwork by thoroughly describing the brain as much as we can, interpreting our findings and suggesting hypotheses for other scientists who will, I'm sure, will want to look at these slides in the future."

For instance, Falk said, scientists could look at "brains of gifted people and compare them to Einstein's."

"There's a revolution going on in neuroscience right now... and there is technology that can make these images more meaningful," she said. "We're still learning from Einstein, all these years after his death."

The Life Of Albert Einstein