Scientists are calling the recent sighting of what appears to be an albino dolphin off the Florida coast "very rare," and for good reason. It's only the 15th such sighting to have been reported to the National Oceanic and Atmospheric Administration (NOAA) since 1962, Smithsonian reported.

Danielle Carter, a volunteer with the Florida Fish and Wildlife Conservation Commission, spotted the bottlenose dolphin in the Indian River Lagoon off the state's east coast on Dec. 10.

The commission uploaded video of the sighting to YouTube (above) a couple of weeks ago, and now the white dolphin is catching the world's attention. One YouTube commenter called the creature a "priceless beauty."

The dolphin as it appears at 56 seconds into the video.

In the video, the dolphin is seen swimming near shore in shallow water, behavior typically seen when dolphins are hunting the fish on which they feed. Blair Mase, a marine mammal stranding coordinator with NOAA, told Live Science that the dolphin looks like a healthy subadult, meaning an animal between the juvenile and adult stages.

"This could be a transient animal coming in from somewhere else, just hanging around for a little bit, or it could be a resident," Mase told Live Science. "My hunch is that it's a transient animal from another area, just because Indian [River] Lagoon is so well studied, and we hadn't had a report of this animal prior."

Mase added that while the dolphin certainly appears white in the video, it's difficult to confirm that it is truly an albino. Albinism is associated with a genetic mutation that results in a lack of pigmentation in an animal's skin, hair, and eyes. 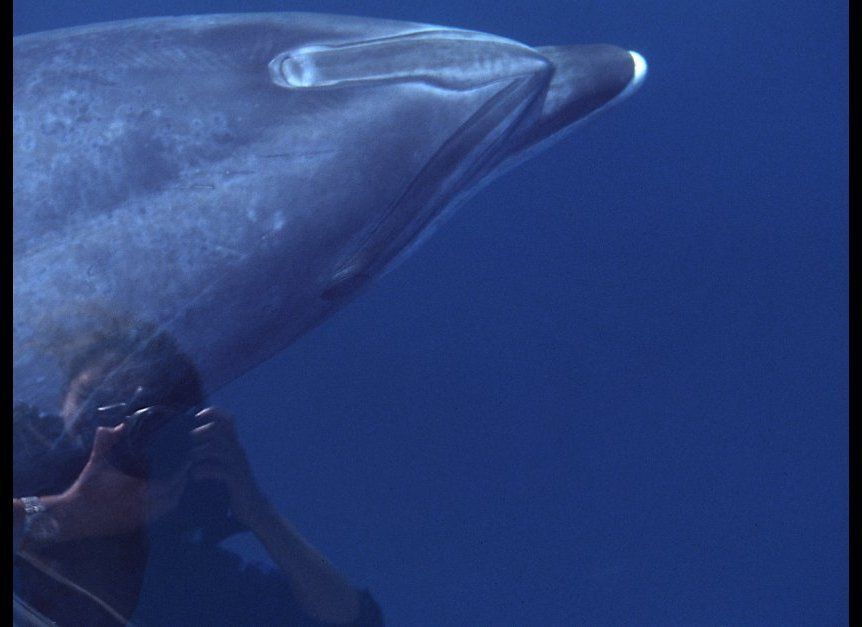