Beauty is found in all shapes, sizes and colors. It can also be colorless, which is the point being proven and celebrated through a wave of models with albinism -- a condition affecting melanin production that results in little or no pigmentation in the skin, hair and eyes.

However, the idea of colorless beauty hasn't been embraced by all -- especially not in Africa. In many countries within the continent, individuals with albinism endure persecution and prejudice, and some are even hunted by witch doctors in Tanzania who believe they possess mystical powers that can cure diseases and bring prosperity.

A South African woman named Thando Hopa is attempting to change that. The 23-year-old, who has been deemed "the new face of fashion" and "fashion's new colour," spoke to Grazia about her journey from full-time legal prosecutor to fashion model and how she's using her new-found fame to negate the taboo surrounding albinism.

"I now realize that I have a platform to inspire young girls, and as someone who never had a role model who looked like me when I was growing up, I now hope to be able to show that albinism can be beautiful and is just another kind of normal," Hopa told Grazia.

Refilwe Modiselle, 27, another South African model with albinism, agrees. "I'm the symbol of racial unity. I'm a black girl who lives in the skin of a white person and that alone should embody what a human being as a whole should represent," she told the BBC.

While there is still a long way to go in terms of embracing albinism throughout Africa, it's encouraging to see that within an industry that most would call superficial and shallow, a message of acceptance is being forged.

Check out the video above to hear more about Hopa and here's a look at one of her major modeling moments -- isn't she stunning? 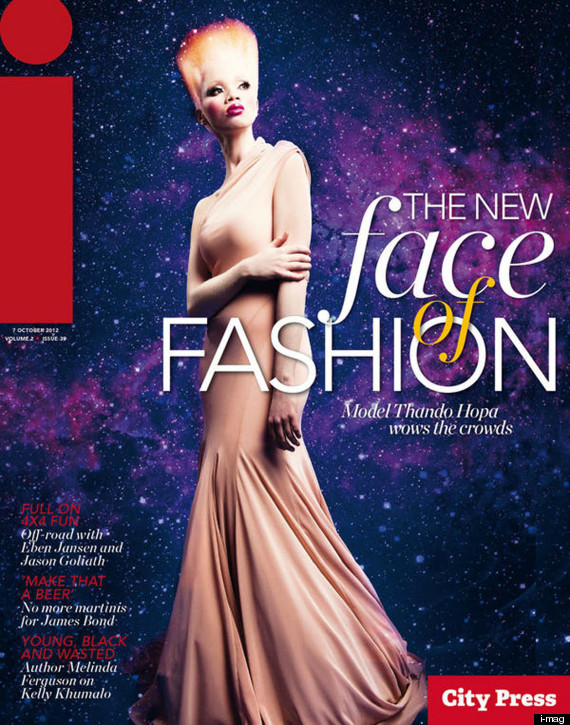