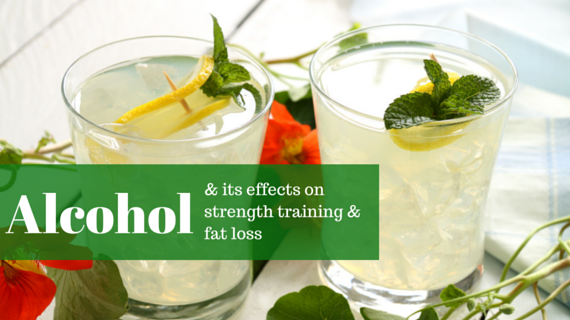 So you had a little too much to drink last Friday night, and you're wondering what kind of effect those extra shots of tequila are going to have on your leg day.

Maybe you're freaking out, since you've heard those rumors floating around the blogosphere that alcohol instantly turns into fat. It seems that every article you read has a differing view. Well, after quite a few questions on this exact topic, I thought it time to write a quick, concise summary of what science tells us about alcohol and strength training.

Let's start with the statement "alcohol turns into fat" -- this in itself is a misconception. Alcohol is actually quite difficult to convert into fat, much like protein. Although alcohol isn't stored as fat, the amount you consume has an effect on how much fat you burn.

Alcohol is made up of 7 calories per gram (3); unfortunately, these are considered "empty" calories in the sense that they don't provide your body with any of the essential nutrients necessary to increase muscle mass. Bummer, I know.

When the ethanol (aka alcohol) is metabolized, it's converted into acetate and acetyl-CoA, which signals the body not to burn any fat or sugar. (4, 6) Thus, when you consume alcohol, it's not being stored as fat but can decrease the amount of fat you burn.

While the statement above seems pretty simple, there are several other factors that come into play, mainly the amount of alcohol you're consuming.

The good news for those of us who like to have a glass of wine every so often is that in small amounts, alcohol can actually be beneficial, much like caffeine. Some of the positive effects can include: reduced stress levels, decreased insulin resistance, and increased HDL cholesterol (the good kind). (5)

However, before you get too excited and start building alcohol into your macros every night, let's take a closer look at some of the general guidelines and other factors you should consider.

The munchies... Yeah you know, that time you had a couple too many and went to town on those cookies. Or, that time you had planned on only having a couple small glasses of wine, but the "couple small glasses" turned into a few more, because you were just having way too much fun to say no? Yeah... you know exactly what I'm talking about, don't you?

To generalize, alcohol makes us crave more alcohol and food, and with that comes more calories. In theory, a small amount of alcohol won't put a damper on your muscle building efforts, but it may indirectly lead to weight gain (2). 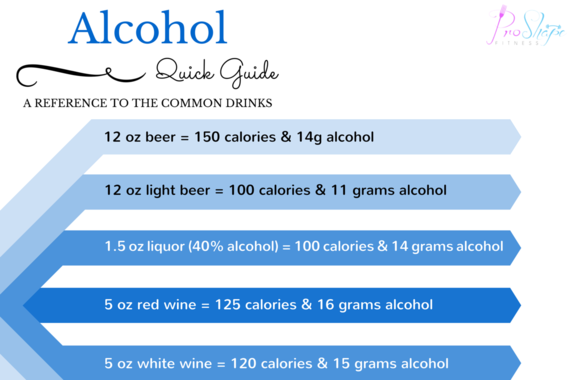 A general threshold cited in studies for the amount you could safely drink before experiencing any negative effects on muscle building efforts is .5/kg of body weight (1). This equates to approximately two drinks for a woman weighing 135 pounds (assuming the average alcoholic beverage contains 14g of alcohol).

Drinking more than this on a weekly basis has many negative effects, a few of which include: reduced blood flow to muscles, dehydration, reduced testosterone levels (after cardio), and increased estrogen.

The takeaway message is, don't overdue it! A bit of alcohol in moderation and your gym efforts shouldn't be affected.

This originally appeared on www.proshapefitness.com