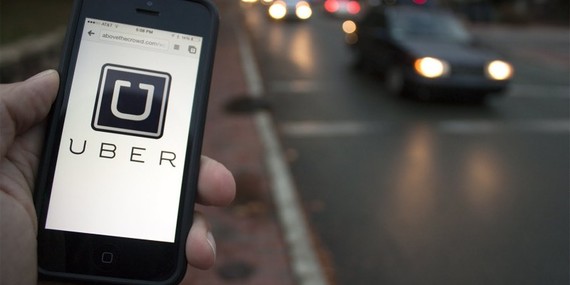 Last week, Ald. Anthony Beale (9th) introduced an ordinance that would force Chicago's 35,000 uberX driver-partners to get chauffeur's licenses. These are designed for full-time, professional drivers. And they would spell the end of ridesharing in Chicago as we know it today.

The Alderman claims these changes are needed to level the playing field with taxi. Most everyone agrees that taxis in Chicago are over-regulated. But the answer is to introduce new common-sense rules for taxis, NOT to impose the same bureaucratic regulations on ridesharing apps like Uber.

Hurting one industry to help another is the wrong approach. We believe that taxi and Uber can coexist. Many people are trying to get from A to B in Chicago. And our peak times are when the bars and clubs close, cabs are at their busiest, and public transportation is most limited.

Uber is serving many communities where taxis are nowhere to be found. Fifty-four percent of uberX trips in Chicago begin or end in an area deemed by the City as underserved by taxi and public transportation. In fact, Uber trips on the south and west sides have grown 30 times over the last two years . At the same time average wait times have halved (to four minutes) in these neighborhoods. And all the while, we are creating economic opportunities in communities that need it. More than 20% of uberX driver-partners live on the south and west sides, including many areas plagued by the city's highest unemployment rates.

UBER TRIPS ON THE SOUTH AND WEST SIDES HAVE GROWN 30 TIMES OVER THE LAST TWO YEARS .

Taxi continues to play a key role in our city's transportation system. For example, they have the exclusive right to pick up riders who hail a cab on the street and have dedicated lines at busy places like hotels and train stations. Many people still prefer to pay cash. The street hail is a popular way for people in the busiest parts of Chicago-like Michigan Avenue-to get around. Sometimes grabbing a taxi is the quickest option because it is right there in front of you.

And, thanks to competition, taxi service has improved to the benefit of consumers. According to a recent study by the Technology Policy Institute, taxi complaints in Chicago about air conditioning, "broken" credit card machines and rude drivers have dropped with the recent rise of rideshare services. Last summer, the city announced a universal app to bring the on-demand experience to taxis.

The answer to the pressures faced by the taxi industry should not be one that harms Chicagoans by denying them transportation choices and flexible work. Yet that's exactly what Alderman Beale's ordinance does. By requiring rideshare drivers--the majority who drive less than 10 hours a week--to jump through additional hoops designed for full-time chauffeurs, this ordinance destroys the community benefits Uber is creating. The opportunity for thousands of women and men in underserved neighborhoods to earn money on their own time would be gone. The option to get an affordable ride on demand in the city's transportation deserts would also be gone.

If the City Council really wants to help taxi companies, they should look to reduce that industry's costs rather than limit passenger choice by imposing bureaucratic new rules on apps.

In the age of GPS and live traffic apps, is it necessary to force taxi drivers to spend six days in class studying map reading at a local community college? Could some of the training be administered online? Given that taxi drivers are on the hook to lease a vehicle and pay all expenses, should they have to start even deeper in the hole by paying $500 to acquire a chauffeur's license? And does it make sense to have a cap for taxi medallions today, which stifled demand and led to inequitable service that left underserved communities behind?

Common sense regulations combined with new technology can help ensure that taxis and apps like Uber live side by side. It's the best of both worlds. Whether they want to hail a cab on the street or push a button and get a ride, Chicagoans should be free to choose.