Crane.tv meets him in Milan and gets a glimpse of the world through a distorting and colorful prism. 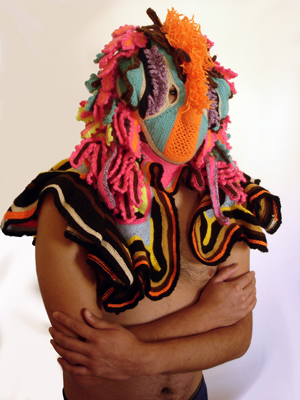 Lanzini has a fluid outlook to life, he avoids labels and sees no need to define things or to fit a certain category. Construction of one's self is of crucial importance: we have no fixed identity - he argues - we have one that changes, one that evolves.

Concealed behind one of his wonderful creations, Lanzini talks to Crane.tv.

"I prefer not to show myself to the public sphere to underline the fact I am changing all the time."

The Italian-born artist explores lightheartedly and with humour, notions like identity, sense of self and sense of belonging.

His bizarre crochet faces made a very public appearance at the Missoni Spring/Summer 2011 show. Lanzini and Angela Missoni joined forces and sprung a suprise on their fashion-savvy guests, who on their arrival at the Università Statale di Milano, the venue where the Missoni show was hosted, were surprised to be welcomed by 30 masked ushers blocking the entrance. 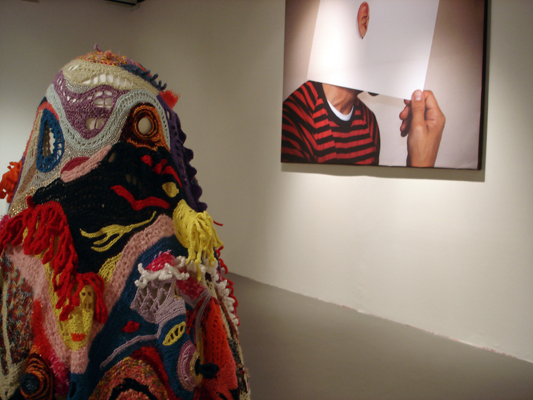 Aldo Lanzini spent the mid and late 90s making crochet dresses and costumes for his underground circuit of friends in New York City and it was here that he created his first "Illegal Alien." A play on the fact that "alien" is the legal term describing a foreign citizen living in the United States. Calling people aliens was strange and amusing and in Lanzini's opinion, it was a concept worth exploring, "I found it very strange that people can be defined as aliens!" 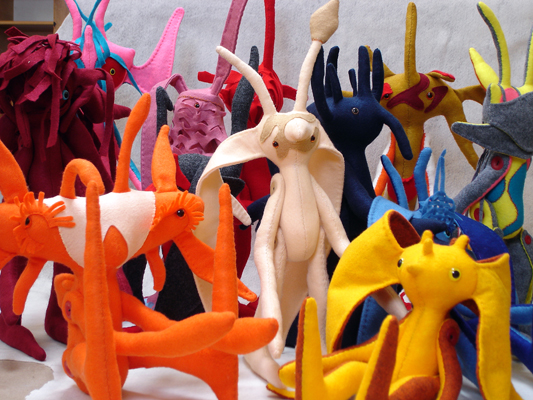 So he played with the idea and made a wide variety of strange looking stuffed creatures, in vivid and often contrasting colours. They are both toys and sculptures. They can be found in shops and galleries, on the streets or just abandoned on benches.

Lanzini welcomes imperfection in his work, he embraces mistakes and applies the same philosophy on all elements of his life, "The Illegal Alien project is a tribute to all sorts of clandestinity."