The "30 Rock" star, who turns 54 on Tuesday, proposed to 28-year-old girlfriend Hilaria Thomas over the weekend on Long Island. Thomas is a yoga instructor and co-owner at New York's Yoga Vida yoga studio.

Baldwin's representative confirmed the news to The Huffington Post.

Thomas, who was born in Mallorca, Spain, grew up between Boston and Spain and studied dance and art history at NYU before taking up yoga. She met Baldwin last year, and often exchanges fun displays of Twitter affection with her new fiancee (as well as with his daughter, Ireland).

The couple has not set a date for the wedding. It will be the first marriage for Thomas and the second for Baldwin, whose previous marriage, to Kim Basinger, ended in divorce in 2002.

See photos of the couple below: 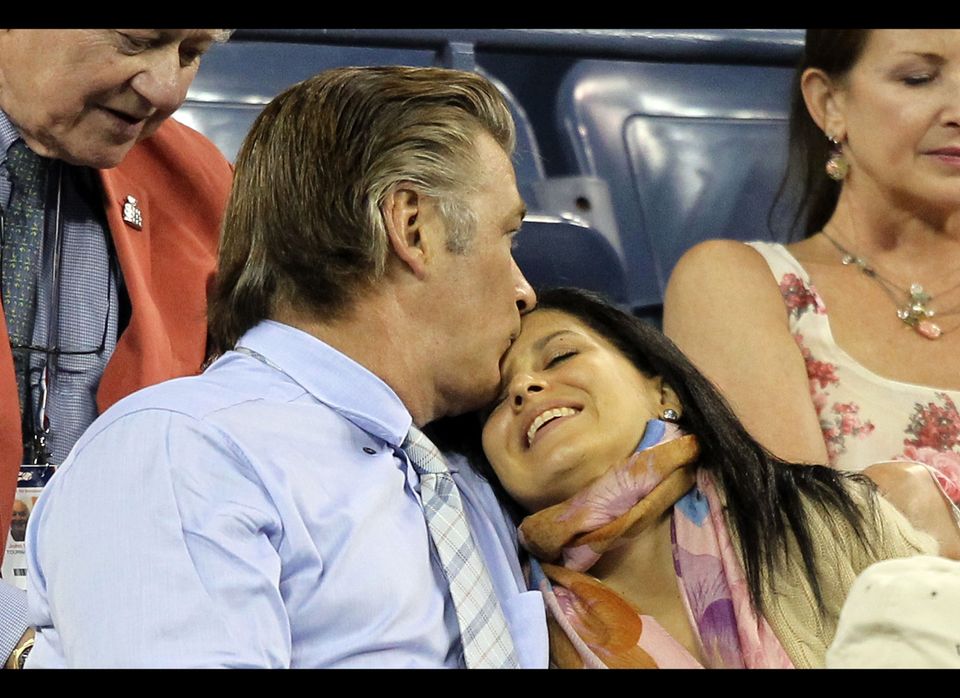 1 / 11
2011 US Open - Day 1
NEW YORK, NY - AUGUST 29: Alec Baldwin (L) and Hilaria Thomas attend the match between Roger Federer of Switzerland and Santiago Giraldo of Colombia during Day One of the 2011 US Open at the USTA Billie Jean King National Tennis Center on August 29, 2011 in the Flushing neighborhood of the Queens borough of New York City. (Photo by Matthew Stockman/Getty Images)
Getty