Sarah Silverman has new boyfriend. Silverman confirmed that she is dating Alec Sulkin on Friday.

Comic's comic reports, from a media conference call, that Silverman is dating the "Family Guy" writer and producer.

When someone on the call asked her what she looks for in a man, she said, "He's got to be funny."

Below are three tweets from Sulkin's Twitter on Friday.

Below the tweets is another photo of him. 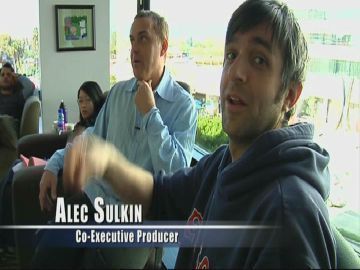