BEIRUT/AMMAN, July 17 (Reuters) - Syria’s army and allied militia fighters seized the only road into the rebel-held part of Aleppo on Sunday, tightening a siege around opposition areas of the northern city, which President Bashar al-Assad has pledged to recapture.

Aleppo has been a major battlefield of Syria’s civil war since rebels swept into it in the summer of 2012, and an opposition defeat there would mark their biggest setback in five years of conflict.

Around 300,000 people live in rebel-held eastern Aleppo and for months their lifeline has been a highway leading north from the city known as the Castello Road.

Nearly two weeks ago, pro-government forces advanced to positions overlooking the road, effectively cutting it off - although some trucks still braved the hazardous route last week, an opposition official in Aleppo said.

Four rebel sources said that the army, backed by militias and fighters from Lebanon’s Hezbollah, advanced to the road itself on Sunday.

The other Aleppo-based rebel sources, including members of the Levant Front and Nur Al Din Zinki armed groups, confirmed that pro-government forces had reached the road.

“It’s a disaster, but we’ll see how the battle ends. I don’t know whether they will push them back or it will stay like this,” Malahifji said.

A local rebel command center warned people not to use the road after several residents trying to flee in minibuses and cars came under fire from pro-government forces, rebels said.

Sixteen rebel fighters were killed in the clashes around the Castello Road and nearby districts on Sunday, Syrian state media and the British-based Syrian Observatory for Human Rights said. They did not give figures for losses on the government side.

Fighting continued through the day and one rebel group, Jaysh al-Nasr, said the insurgents retook some territory.

But another rebel commander said the government had launched an “all-out offensive,” using heavy artillery, planes and tanks, on the last rebel supply route, saying it marked the start of a complete siege of the opposition in Aleppo.

“We are now besieged and you don’t have any tunnel or any strategic stockpile that lasts for long.. only for two or three months to feed 300,000 people,” the commander, who asked not to be identified, told Reuters.

He predicted a lengthy blockade before an attack on the main rebel districts. “After two or three months you will start getting hungry and can no longer resist, and then they will storm the city,” he said.

Aleppo, Syria’s largest city and pre-war commercial hub, and the surrounding area near the Turkish border, have comprised a major theater in the war, divided between areas of government and rebel control.

Escalating fighting there helped ruin a February cessation of hostilities agreement which had paved the way for unsuccessful peace talks in Geneva.

The war has greatly diminished Assad’s control of Syria, with Islamic State, an array of rebel groups, and a powerful Kurdish militia capturing wide parts of the country. But a Russian air campaign, backed by ground support from Iran and Hezbollah, has helped reverse losses since late last year.

A huge explosion shook the government-held town of Safira, southeast of Aleppo, overnight and flames could seen from miles away. Opposition activists and the monitoring group said explosives at a large military base appeared to have blown up.

State media said the blast was caused by a technical fault and the fire had been brought under control. 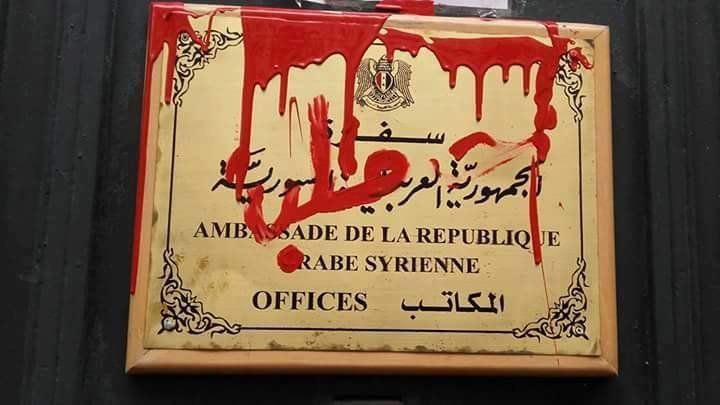