The Syrian military pounded parts of eastern Aleppo with chemical weapons during its offensive to retake the city at the end of last year, according to a new report published by international watchdog Human Rights Watch on Monday.

There are at least eight instances in which Syrian army helicopters dropped chlorine on opposition-controlled areas of Aleppo, according to the testimony of more than 20 witnesses and an analysis of video footage, photographs and social media posts, Human Rights Watch says. The attacks killed nine people and took place between Nov. 17 and Dec. 13, 2016, in the final stages of the battle for the city. Around 200 people were injured.

“The smell isn’t something you can handle. The moment you’re exposed to it, your throat burns, it’s like a fire rod going in. It won’t let you swallow or breathe. Your neck starts boiling. You feel nauseated. Your eyes burn and you are not able to control the tears. Eventually, you are not able to breathe. It’s not like having your nose and mouth blocked, rather, your body won’t let the air in anymore.”

According to Human Rights Watch, the Syrian army used the chemical attacks to weaken rebel positions before its troops moved into those districts. “The pattern of the chlorine attacks shows that they were coordinated with the overall military strategy for retaking Aleppo, not the work of a few rogue elements,” Ole Solvang, deputy emergencies director at Human Rights Watch, said in the report.

Syrian forces supported by Russia and Iran regained full control of Aleppo on Dec. 22 after months of intense fighting between government forces and rebels. The city’s fall was one of the biggest victories for embattled Syrian President Bashar Assad since the start of the conflict.

Syria has repeatedly been under investigation for targeting civilians and opposition forces with chemical weapons ― which is prohibited by the 1993 Chemical Weapons Convention.

Former U.S. President Barack Obama vowed that the use of chemical weapons in the Syrian conflict would constitute a “red line.” But when a chemical attack in eastern Ghouta, near Damascus, killed hundreds of people in August 2013, the U.S. did not intervene. Rather, Russia and the U.S. forced Assad to give up his chemical weapons stockpiles and join the chemical weapons treaty.

But a United Nations and Organisation for the Prohibition of Chemical Weapons inquiry has determined that Syrian forces used chemical weapons in at least three instances in 2014 and 2015, months after joining the treaty. The inquiry also identified top Syrian officials involved in the decision to deploy the weapons, including Assad and his brother Maher, Reuters reported. The Syrian government has denied the allegations.

While Russian planes played a crucial role in the campaign to retake Aleppo, there is no evidence that they were directly involved in the chemical attacks, Human Rights Watch said on Monday.

However, given Russia’s permanent seat in the U.N. Security Council and its key role in the Syrian conflict, Moscow should have done more to prevent the attacks, the organization said. 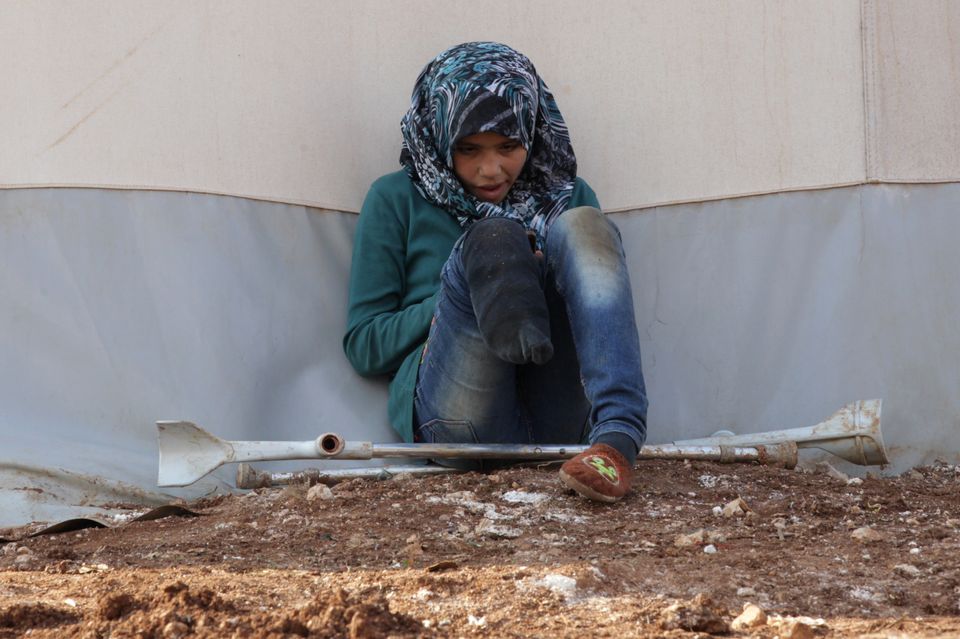 1 / 13
An internally displaced Syrian girl with an amputated leg checks her phone at the Bab Al-Salam refugee camp, near the Syrian-Turkish border in northern Aleppo on&nbsp;Jan. 19, 2017.
Khalil Ashawi/Reuters