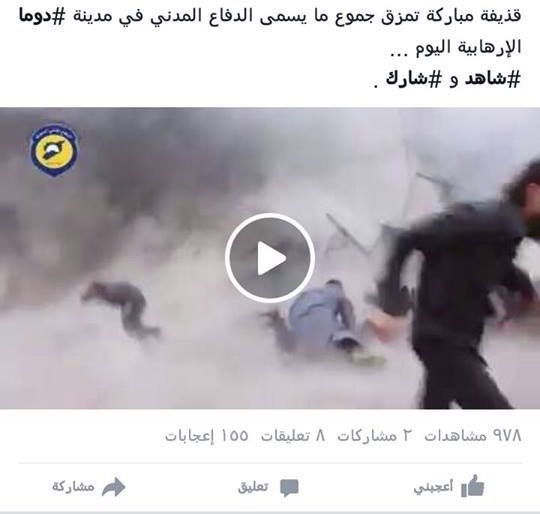 Imagine Guernica. On April 26, 1937, during the Spanish Civil War, the Basque town was bombed for three hours by Hitler's Luftwaffe in support of Francisco Franco's fascist regime, leaving over 1,600 people dead. Picasso immortalized the episode in a celebrated painting, Neruda wrote poems about it, and it became an enduring metaphor for people's suffering in war.

Now imagine a different response to Guernica. Imagine people applauding the bombings, reproaching the victims, and slandering the witnesses. If you can imagine that, then you know Aleppo.

Aleppo -- one of the last major rebel strongholds -- is on the verge of collapse. Backed by the Iranian Revolutionary Guard Corps (IRGC), the Lebanese Hezbollah, and US-equipped Iraqi militias, the Syrian regime army is advancing from the south; from the east, the Islamic State (IS) is rampaging ahead; and, exploiting the stretched rebel defences, the Kurdish YPG is sneaking in from the north. All have been assisted, directly or indirectly, by the relentless attrition of Russian bombs.

But as the conflict moves toward a grim denouement, its mounting toll has elicited a curious response. Many in the west, including prominent liberals, have used the logic of lesser evilism to welcome this outcome. But to sustain this argument, they've had to battle the stubborn resistance of facts.

The balance of atrocities could not be clearer. Consider these facts:

The UN has stopped counting the dead in Syria. But even before the regime's August 2013 chemical attack, which killed more than 1,400 civilians, Paulo Sérgio Pinheiro, special investigator for the UN Human Rights Council, had found the regime responsible for eight of the nine massacres perpetrated until then; a year later, even after the rise of IS, the equation remained unchanged. Despite IS's extreme violence, Pineheiro noted, the regime "remains responsible for the majority of the civilian casualties, killing and maiming scores of civilians daily". Since its entry into the war, Russia has surpassed the regime's kill rate; it has also helped ISIS expand its territory by targeting the rebels fighting it.

But if the balance of atrocities is clear, their moral implications have not been as acutely felt. This in part has to do with the muddled way the story has been reported. On Sunday, when one of Hollywood's most politically active and humane figures weighed in to condemn the media for "misleading the public on Syria", one could only welcome the intervention.

Except, Mark Ruffalo, the Oscar-nominated star of Spotlight, was not indicting the media for failing the people of Syria; he was condemning it for being insufficiently sympathetic to the regime and Russia. He was recommending to his 2.23 million Twitter followers an article by Boston Globe columnist Stephen Kinzer in which he alleges that the "American press is reporting the opposite of what is actually happening"; that it unfairly describes everything Russia and Iran do as "negative and destabilizing"; and it fails to report that in the Assad regime and Russia's assault on Aleppo, its inhabitants are "finally see[ing] glimmers of hope". Kinzer's basis for these claims? A comment "on social media" and the opinion of a "Beirut-based analyst" (in reality a pro-Hizbullah activist who is a contributor to the Russian news outlet RT and the Iranian supreme leader's personal news site).

To compensate for its fact deficit, Kinzer liberally sprinkles his article with straw men. He claims that journalists are misleading the public by describing Jabhat al-Nusra, as "moderates," not as "the local al-Qaeda franchise". As a matter of fact, no one refers to Nusra as "moderates", and a Nexis search of major newspapers reveals virtually no article that doesn't refer to it without mentioning its al-Qaeda affiliation.

This article was a sequel to another, published three days after Russia started a series of attacks on MSF-run hospitals, which was boldly titled: "On Syria: Thank you, Russia!" In it Kinzer prescribed that "Russia's policy should be ours: prevent the fall of Bashar al-Assad's government, craft a new regime that would include Assad or his supporters, and then work for a cease-fire." However, to accede to the opposition's demand for a cease-fire, he insisted, would be to "guarantee continued war". In a subsequent TV interview, Kinzer lauded the foreign policy wisdom of Donald Trump. (Similar sentiments have also been expressed by his Irish counterpart, Patrick Cockburn of The Independent).

Ruffalo wasn't the only one promoting this nonsense. Beyond the agoraphobic netherworld of internet conspiracists, it was also warmly received by bestselling authors, Daily Show producers, liberal academics, Pulitzer Prize-winners, and think-tankers.

Why do bien pensant liberals like Ruffalo fall for such dross? Ideological blinkers? Or has dissent become all about aesthetics? It seems at any given moment maintaining an adversarial posture is more important than substantive engagement with an issue. Why bother with details when one can derive them from general principles? And if the reality of an issue contradicts one's preconceived notions, then reality itself must be brought into question. Shooting the messenger is always a reliable option. But dressed up as criticism of "the mainstream media", "the establishment", or "Washington", even a full-throated defence of fascism acquires the sheen of fearless truth-telling.

There are few things more commonplace than an Oedipal disdain for one's own government. In this solipsistic worldview, one has no need to understand the dynamics of a foreign crisis; they can be deduced remotely. If you hate your own government then, by virtue of being in its bad books, a Putin or an Assad becomes an ally.

Conversely, if people elsewhere are rising up against their far more repressive states, their cause is tainted because of a sympathetic word they might have received from your government. And all the images of agony do not add up to a tear of sorrow as long as they are relayed by a hated "mainstream media". Indeed, victims are reproached for eroding ideological certainties by intruding into our consciousness through their spectacular suffering. (Kinzer, unsurprisingly, resents the media's "obsession with daily suffering".)

Trapped in the vortex of these paranoid fantasies, these anti-humanist do-gooders have failed to notice that what they consider a brave dissent is actually official US policy. A hint of the administration's thinking on the subject is offered by two of Obama's former advisors on Syria--Philip Gordon and Steven Simon. Both have penned op-eds showing their preference for Assad. The administration's record confirms this. Since the beginning, the administration withheld meaningful support from the Syrian opposition, but now it has explicitly acceded to a Russian plan to preserve Assad. And Assad is winning.

Courage used to mean the ability to stand up for something, regardless of the consequences. It now means standing down from principle and letting others bear the consequences of one's "difficult" decisions.

Aleppo is our Guernica--and too many are cheering on the Luftwaffe.