In December, Victoria’s Secret model Alessandra Ambrosio announced she was expecting her second chlld with fiancé Jamie Mazur. Now, the 30-year-old Brazilian stunner is revealing the sex of the baby on her own Facebook page.

"We really tried to keep it a surprise but we were too anxious! Soon, we will have a little boy to rock our world!!" Ambrosio wrote on her official page yesterday. The post was accompanied by a photo of Alessandra lying down on a beach, with the words "It's A Boy" etched in big letters in the sand.

Ambrosio, who already has a three year old daughter named Anja, tells E! she's thrilled to be adding a boy to her family.

“I am having a boy! I am so excited!,” she said. "Because I already have a daughter I know what to expect with a girl, so having a boy means it’s going to be surprising all over again." Ambrosio adds that her fiance is thrilled about having another male in the house. "Now he has company! He won’t be in a house full of girls anymore!” she said.

According to The New York Post, Ambrosio--who is currently in Brazil prepping for the weedding of her sister, Aline this weekend--hasn't decided if she’ll give birth in Brazil or in Los Angeles.

Congratulations to Alessandra and Jamie!

Check Out These Latino Fashions Icons: 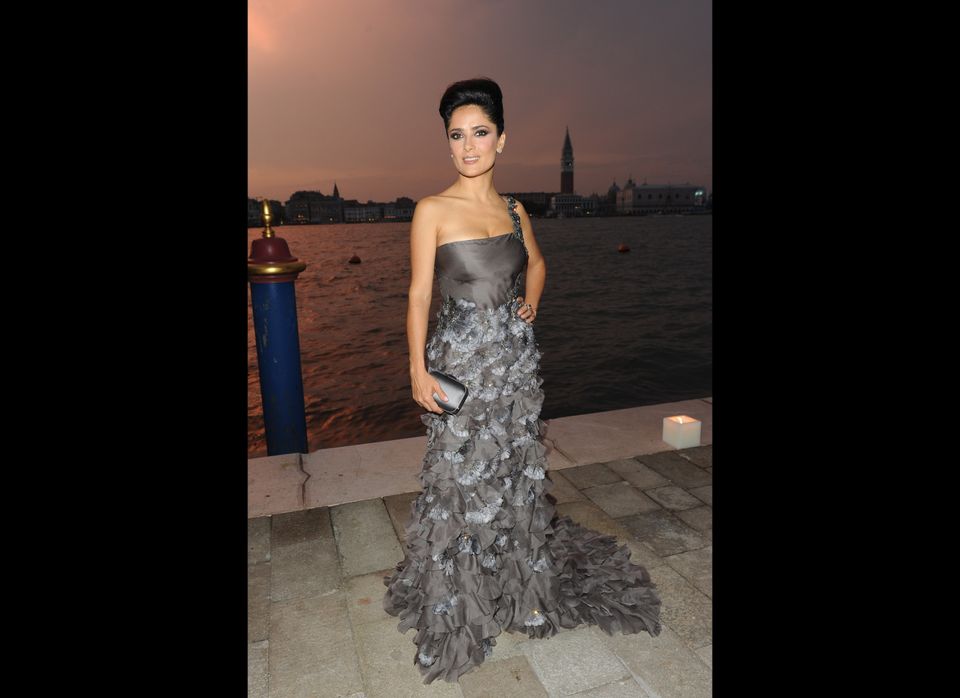 1 / 15
Salma Hayek
Salma Hayek is a Mexican film actress, director and producer. Her gowns seem to always be a point of discussion for fashion critics. Most recently, at the Venice Film Festival and she won approval with her flowing grey gown. She seems to especially love designers like Narciso Rodriguez, Carolina Herrera and Alexander McQueen.
Getty