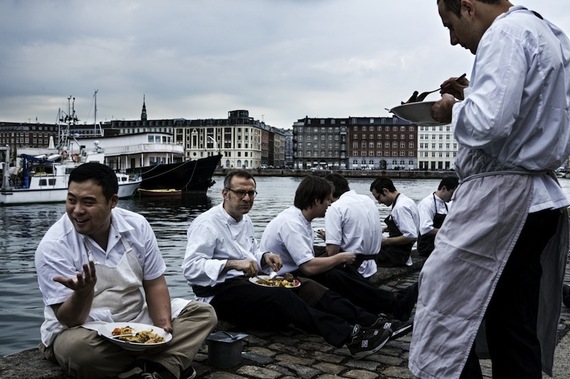 If you're not familiar with the name Alessandro Porcelli, you may have heard of some of his close collaborators: David Chang, Daniel Patterson and Rene Redzepi, to name a few.

Alessandro is the founder and director of Cook It Raw, an annual gathering of the restaurant industry's top talent aimed at sharing ideas and innovations in the world of food. Every year groups of chefs come together to explore ingredients and where they come from; learn historic and regional cooking methods; and exchange new, creative ways to talk about and share food with the world. Check out the #rawtalks hashtag on Twitter to follow the conversation.

In creating the organization Alessandro has made it his mission to bring collaboration and sharing to the forefront of an industry famed for its competitiveness (and often, intimidation). The latest issue of Lucky Peach magazine featured articles by David Chang and Rene Redzepi about the legacy of abuse and fear in professional kitchens, recognizing the need for a cultural shift.

Here, we ask Alessandro all about Cook It Raw, how chefs are working together, and how the industry is evolving to create better leaders and a better community overall. 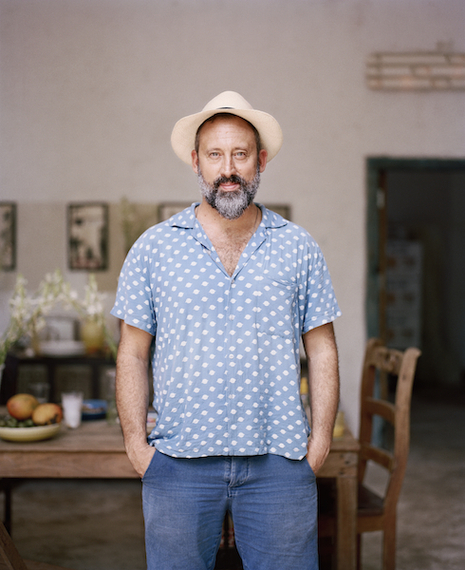 Tell us the story behind Cook It Raw and how you're encouraging collaboration in the industry.

From 2004 to 2007 I worked for Noma in Copenhagen; I was doing communications and public relations for them from the beginning. In 2006 I opened my own company in Denmark, and my idea was to organize a food tour of Scandinavia.

It's only in the last 10 to 15 years that Scandinavian chefs have been known for cooking exciting food. All the fancy restaurants were French and Italian and Spanish. [The Nordic countries] wanted to find a way to promote themselves as one unit, and food was a big opportunity. Rene Redzepi started to focus really hard on it, and we started to travel together and see how we could promote the restaurant and promote the region. After months and months of thinking I had this epiphany: cook it raw, cook it clean.

It has nothing to do with raw food. At that time we experienced the pinnacle of what was so-called "molecular cuisine." The way I saw to promote Denmark is, what kind of image does it conjure up in people's minds? Are you seeing this large, pure space? We focus very much on the food in purity.

We started to work on all of these ideas and going to all these food conferences. We started to become friends with all the big guys, the new up-and-coming ones and the established ones. A new generation of chefs were popping up, and they all had a great energy.

The funny thing was that the most interesting things at these conferences were happening behind the scenes. They were just actually cooking and exchanging ideas -- not on the stage where they were all affected and people half-asleep are going to look at this big screen. We were talking about food but you couldn't smell it, couldn't taste it, couldn't see it. I started to think, I want to do something where I bring what I see behind the stage on the forefront of the stage.

I asked the chefs to come and cook dishes without using much energy, just use creativity as a tool to think about ways we can express this kind of reflection. Outside numbers and statistics and food conferences, let's just do something with our hands. We picked up all the chefs and journalists and loaded them on the bus and we went up to the fjords. We stopped at a farm and picked up some vegetables, and we went back and had an amazing dinner.

What about the #rawtalks hashtag? What was the origin of that, and what is your goal with the campaign?

One thing we're focusing on is mentorship and collaboration. We're talking about the next big thing, but still we are bullying kitchens like back in the 18th century. It's also about stability. We have kitchens around the world, and they run with half of the staff being unpaid. And this has impact on more and more people because the trade is suffering. If you're not a tough guy or a tough girl ... I think it's extremely sad.

For us, what we wanted to try is, let's have a healthier trade and see how we can be better in treating our staff and becoming better leaders and attracting a different breed of people in the kitchen. 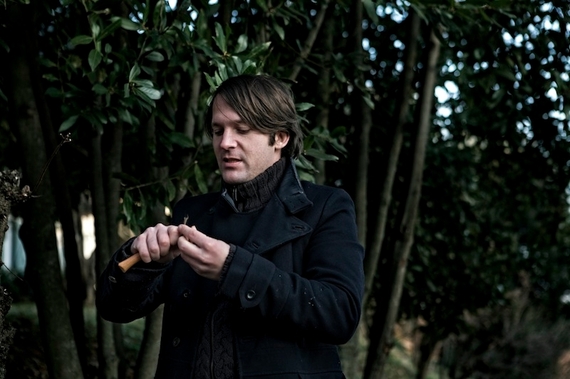 And how do you actually do that? How do you change attitudes and behavior in the kitchen?

I think it's just by talking. You have a problem; bring that problem up and try to solve it instead of just sweeping it under the carpet.

That's why I think we have to start the conversation of how to become better leaders. For the next generation of leaders, it's not about being authoritative, it's about being influential in a much more mature way.

I've experienced kitchens where about half the staff is just terrorized by the chef. People are breaking down. Instead of finding ways of creating a healthier environment in the kitchen, we are focusing on the latest trend in food, who's going to be the next guy on the block. I think the key is to move as one big unit rather than trying to find the next celebrity.

Now is a time to stand back and reflect on where the trade goes, not who the next restaurants or the next chefs should be. As a group, how can we move forward? How can we create a healthier environment for our kitchens?

Do you see events as a way to do that successfully?

This year, Cook It Raw in Alberta is about the shaping of a culinary frontier. It's three days, so we're going to bring all the chefs up in the mountains and we're going to cook and talk.

Our main focus is going to be about collaboration. How will you become a better leader, a real mentor? How do real mentors act? It's not just about being physically or verbally abusive, it can be also the other way - by not saying everything or by being humiliating. It comes in many different shapes and sizes.

Is there anything specific about this industry that encourages a sense of bullying?

Before an event like [Cook It Raw] we did not have strong collaboration. Now Rene Redzepi and David Chang have become very strong, very good friends. That was change.

I think that the kitchens are collaborative environments. Of course a chef should be a strong personality and have to work in a very strict way. But all the humiliation, all the bullying - it's belittling the trade. The macho image is something of the past.

Cook It Raw brings people out of their comfort zones because when you learn, when you're faced with uncomfortable situations, you have to solve them. This has been our main strength; it is why I keep doing it. That helps to think out of the box and to reach something new in the spectrum that, of course, we bring back to the restaurant.

Now what we have to do is to find a new group of people. We were starting to be tagged as a brotherhood, a small club of boys, and putting out this macho image. I never wanted to do that. The kids today are about gender and are more into the problems that the kitchen has -- now is the time to address this.

Continue Reading "Alessandro Porcelli of Cook It Raw on Collaboration, Mentorship & How to End Bullying in the Kitchen" on Open for Business.