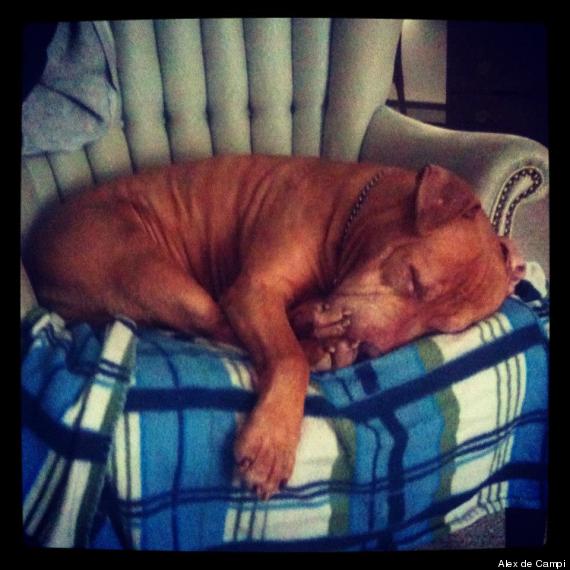 Animal Care and Control employees told de Campi the dog had rescued from a home on the Lower East Side, at 20 Catherine Street, after the owners had been evicted. The approximately 12-year-old pit bull "had bad skin infections," de Campi writes, "and had been bred A LOT. She'd even had a Caesarian, judging by the scar." There also appeared to be cigarette burns on the dog's head.

De Campi fell in love with the pup's "lopsided" face and brought her back to her Durham, New Hampshire home. 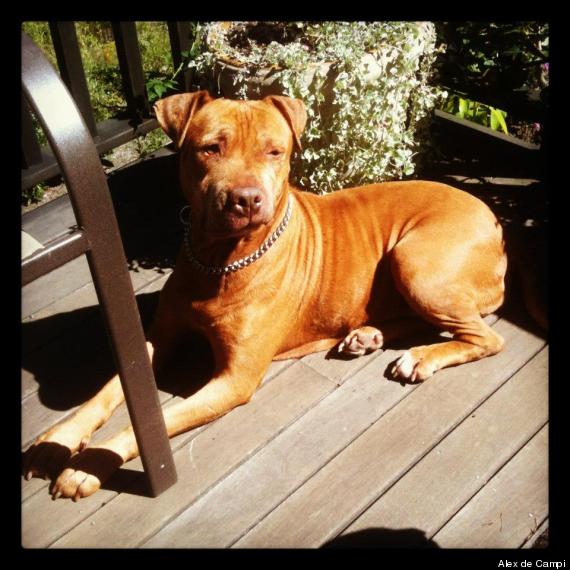 On Feb 9th 2011, you were evicted from an apartment at 20 Catherine St and your old red pit bull was seized by animal control and taken to the kill shelter. She was really skinny and had bad skin infections, and had been bred A LOT. She'd even had a Caesarian, judging by the scar. They said at the kill shelter she was 12 years old. She also had a lopsided face and it looked like there were a few cigarette burns on her head/ears.

I figure you were having a pretty bad time of it, since you were being evicted. I hope things have gotten better for you in the intervening years. Although it's unlikely you'll ever see this note, I just wanted you to know that I have your dog and she is doing great.

The AC named her Cathy, for Catherine Street. She was held for cruelty investigation (she was REALLY skinny) then immediately put on the kill list, which is the sort of irony that happens at Animal Care & Control every day. I like old dogs and I loved Cathy's little lopsided face. A rescue pulled her for me and sent her north.

She gained weight and recovered from her skin issues. Her coat shines now and you can't see the little round cigarette burn marks any more. We spayed her (her hormones were really out of whack from all the litters she had). She has been wonderful with my young daughter, and our other two dogs. And it turns out she loves to swim! She loves fetch too. If she really was 12 back in 2011, that would make her 15 now but I doubt that as she still will go on long hikes with me, and swim and retrieve balls from the bay until she can barely stand... even though, yes, her face is turning white. She is truly an ambassador for her breed, even people who don't like pits will stop and pat her as she happily wags her tail. She loves to sleep in sunbeams, and is so happy to go on walks or swims she just wags her tail with every step.

She is sleeping next to me as I type this, grunting with joy. In fact, she sleeps on my bed every night. Your dog is an awesome dog. We love her so much. The past three years we've had with her have brought us (and her) so much happiness.

If you do see this, we'd love to know how old she is, and what your name for her was. Also please say a prayer for her, as soon she is going to have mammary surgery to remove some small lumps... unfortunately not spaying a dog and breeding her a lot means she is very likely to get mammary cancer, and Cathy has it. Luckily my vet caught it early, so I am hoping Cathy can spend many more happy years with us. She really is the best dog.

De Campi told the New York Daily News she still hasn't heard from Cathy's previous owners. “New York is a hard place when you’re down on your luck,” De Campi told the paper, explaining that she had no hard feelings against them. “I just wanted them to know that their dog was okay and is having a great life. And I hope that person is back on their feet, too.”

A fundraiser was launched by de Campi to raise money for Cathy's surgery. As of this writing, $135 has been raised towards the $4,000 goal. You can donate here. 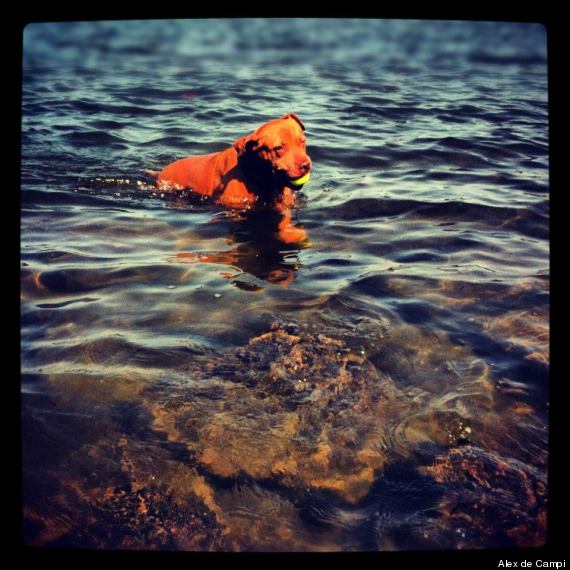 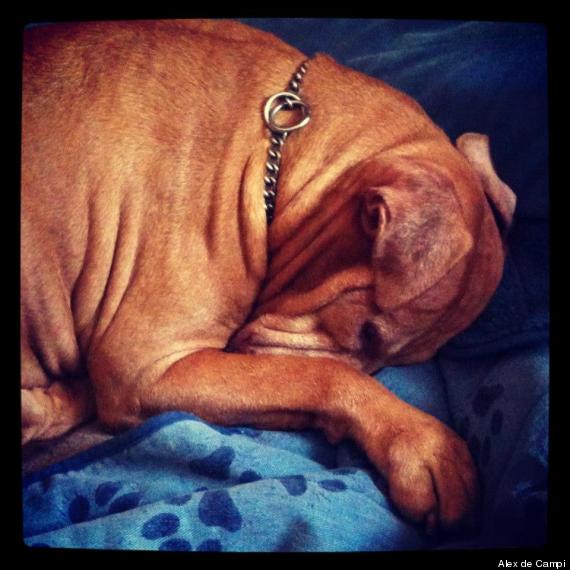 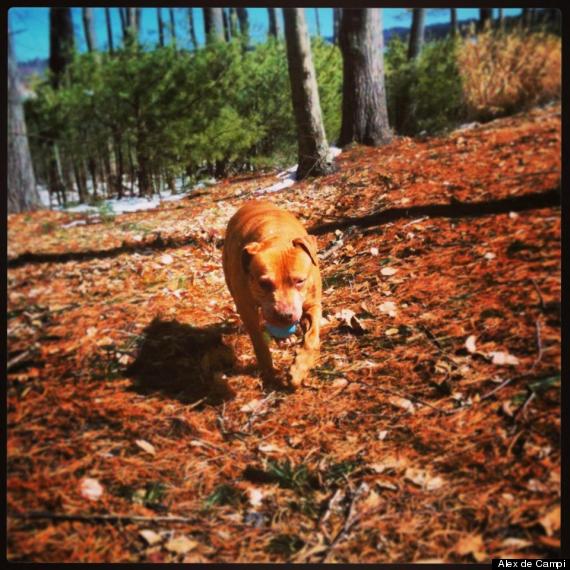