Writer Alex Edelman is a millennial, but he doesn't like the label much, nor does he enjoy the way Generation Y is characterized in the media -- entitled, saccharine, out-of-touch.

"I think that it’s pretty condescending that young people are kind of spoken to in a jargon-y way like we aren’t clever enough to see through it," he told The Huffington Post. He'll discuss these stereotypes, and his own personal experiences, in a performance tonight at SubCulture in New York City.

Though he's got a few choice words for those making generalizations about his generation, he's outspoken about millennials' shortcomings, too; he recently wrote unabashedly for The Guardian about Gen Y-ers' disproportionate belief in the harm of vaccinations. So, although his background is in stand-up comedy -- he won the Fosters Edinburgh Comedy Award for Best Newcomer last year -- he's not afraid to earnestly tackle weighty subjects.

Your performance is called “Millennial,” and you’re technically a millennial, too. The term is increasingly nebulous -- what does “millennial” mean to you?
“Millennial” is a garbage phrase. That said, it’s an incredibly important one. It’s garbage because it’s been used to sum up an entire generation of people. The largest and most diverse generation of people. Unique people with a unique set of problems. So that’s the garbage. When people think of a millennial, they think of an entitled young person living off their parents, which is kind of infuriating.

But it is a useful and crucial phrase sometimes, because we are, as a generation, of a certain mindset because of the interesting time we’ve been raised in and it’s worth using a phrase to discuss that. So I guess millennial is good as any.

What urged you to write about the shared experiences of this almost too-discussed generation?
Well, I’m part of this generation. I don’t think we’re too discussed. I think we just aren’t discussed empathetically or intelligently. I see a lot of that in print, though: journalists saying that there is too much talk about Gen Y-ers. To me, that’s like saying “women are too discussed as a gender” or “there are too many thought pieces about race.”

With all that said, the show is, at its core, an hour of stand-up comedy. Anecdotes and jokes about different things. It’s a very personal show and obviously the view of my generation is through a very personalized lens. 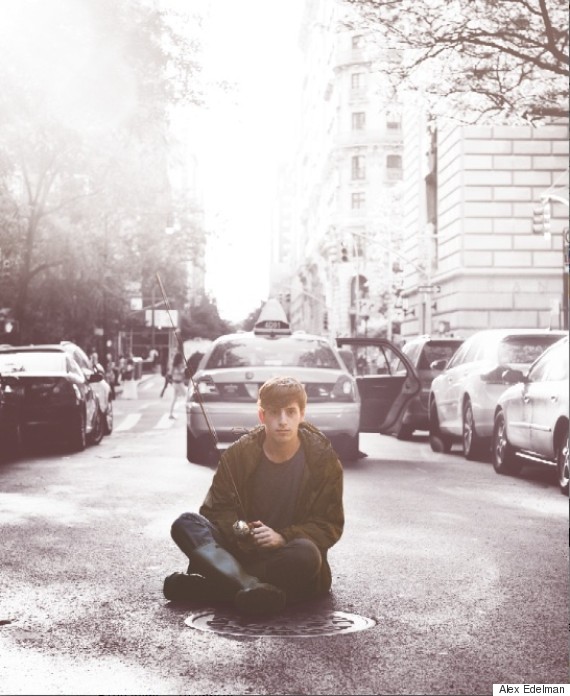 How does writing “stand-up” and a “show” compare?
Hm. I think the challenge of writing a show is that an audience will want something more than just jokes. They’ll want to understand that there’s a hinterland behind what you’re saying and that what you’re saying means something to you personally.

For me, the structure of the show -- which is around a test I took -- provided a really useful framework for the material, but it was very different from just doing a 20-minute club set.

There’s sort of a trend in comic writing -- especially with those comic writers with stand-up roots, like Louie -- towards surreal story lines. Why do you find this appealing?
Well, without getting too egghead-y, I think that doing surreal comedy -- Eddie Izzard is one of my favorites for this -- can be pretty allegorical and can provide a whole bunch of different approaches to comedy that aren’t restricted by the audience’s need to believe that what they’re hearing is 100 percent true. They can just kind of revel in the craftsmanship of the writing and really enjoy the standup that they’re seeing without trying to parse it for plot holes, which is what we all do instinctively when we listen to a story.

Your show tinkers with language -- in particular, the current jargon trends from which words like “millennial” spring. I read in a review that you have a scene mocking a fellow employee whose title is “brand ambassador.” What are some other millennial stereotypes you like to explore?
I don’t think “brand ambassador” is a millennial stereotype, but I do think that it’s a pretension that’s aimed at millennials. I think that it’s pretty condescending that young people are kind of spoken to in a jargon-y way like we aren’t clever enough to see through it, and I know that young people -- this is born out by studies and stuff -- resent brands and language that sound similarly tin-eared.

I don’t like the myth that says that young people are entitled or that we think we know better than everyone else.

Alex Edelman: Millennial at SubCulture in New York City on Wednesday, May 20, at 8:00 p.m.