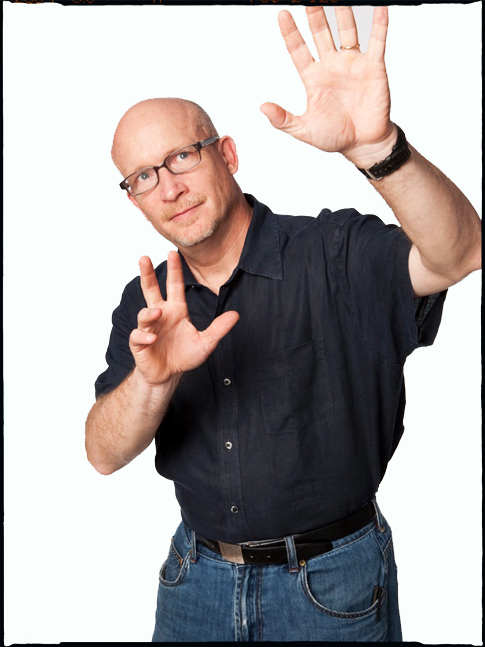 Can catching a ball for your favorite baseball team, in front of millions of fans, literally ruin your life? An occurrence that is essentially every young boy's dream, turned into a nightmare of almost biblical proportions for one Chicago baseball fan. This very scenario is the subject of the former Emmy, Grammy, and Academy Award winner Alex Gibney's brilliant new documentary, Catching Hell.

Gibney (Client 9: The Rise and Fall of Eliot Spitzer, Taxi to the Dark Side) has an uncanny ability to show us something that looks fairly wholesome and ordinary like a ballgame, and then, like Shirley Jackson's "The Lottery," show us the dark undercurrent of societal evils that run beneath it.

Gibney's wife keeps hoping Gibney will make a film about, say, puppies. But we already know what that would look like. Puppies: The Dark Side.

Catching Hell is riveting, even for non-sports fans. It recounts the now-infamous 2003 incident during the sixth game of the National League Championship Series, when Chicago Cubs left-fielder Moises Alou pursued what looked like a foul ball only to have it knocked out of his reach by a fan, only too eager to catch the ball.

The Cubs happened to lose that game and the repercussions to fan Steve Bartman's life seem like something out of the book of Leviticus. Bartman, a Little League coach, faced public scorn, death threats, and, seemingly worse, the inability of people to just forget about the whole damn thing. The film brings up the earlier and similar shaming of the Red Sox's Bill Buckner when his glove snagged on a ball that ran through his legs during the 1986 World Series.

There were many factors that caused the teams in both cases to lose. Why did one man, both times, take the fall for everyone? Why do we, as a society, need a scapegoat? This is one of the major themes of the film. Buckner was redeemed when the Red Sox finally won in 2004, but after a genuine and heartfelt written apology, Bartman has remained in hiding. He has honorably refused enormous sums of money to tell his side of the story. And purportedly, he can't even own a credit card because of the paper trail. He has become, as novelist Scott Turow (Presumed Innocent) says in the film, "the J.D. Salinger of Cubs fans."

Since Alex Gibney's Catching Hell deals with sports fans, not just sports, he has a lot to answer for when he first sits down:

I'm hoping you're going to explain my father to me.
Uh-oh.

He's a brilliant scientist and a devoted father who bangs his head against the wall whenever the Giants are losing.
Well, I have a friend in Los Angeles who is a lawyer and a Dodgers fan. If the Dodgers are losing, he's convinced that they are losing because he's watching. So he turns off the TV.

You are a huge sports enthusiast. Do you believe in sports superstitions?
No, but I believe in people who believe in them.

We know they exist!
We do. (laughter) It's a game of anticipation. There is so much time spent waiting. And so you spend a lot of time thinking about what might happen next. What better way to combat that than to find some kind of ritual that will help you overcome the terror of that randomness?

Absolutely. How did you first develop a love of sports?
When I was a kid, I played sports a lot. My mom and dad were divorced, but I hung out in the neighborhood a lot and it was all about sports. I would be out all day on the sand lot or on the hockey rink. My dad would take me to baseball games but he worked so hard and he would always fall asleep. I could never understand how someone could fall asleep at a baseball game. He was a big Yankees fan but not a big sports freak. But for me, it was all about playing sports.

A big part of your film focuses on the very real way sports fans take the games to heart. Why do people take sports so personally?
Sports are the ultimate secular religion. Instead of being worried about whether your kids will be okay or how your job is going, you have your team and you can focus all of your angst and your hopes and dreams on your team. I am in no way saying it always relieves any of this! (laughter) I remember when the Red Sox lost in '86, I thought, "I really do think that I might need psychiatric help." I couldn't understand why I would be so upset that they lost.

Your film approaches sports from almost a scientific and philosophical point of view.
The film starts out with the idea that it's just a ball in space and then there are the shots of the crowd. How random would be for you to catch a ball? You go to the park hoping it will happen, but it's an impossible idea that somehow in the midst of the game with all those batted balls that it would somehow seek you out. There's something so random about it all. Even in a baseball field, if you go to a live game, it looks impossible that they wouldn't score 100 runs every inning. There are a few tiny fielders. Spaced in this enormous area with this little ball. There's something magical about a home run. It almost violates the space of the Stadium. It's a game of the imagination in some ways. Baseball.

After the '86 Red Sox loss, you couldn't eat or sleep. And, I imagine it was the same for all serious sports fans.
Except for the Mets fans, they were dancing!

Well, yes. (laughs) But for all those devastated by the Red Sox losing, why the need to place all blame on one man, Bill Buckner? There's the unforgettable image of the cartoon with the line of fire running between his legs as he misses the ball.
I think we need the simplicity of it. I have to be honest, I don't recall myself blaming Buckner. But I do recall being pained by that image. The ball goes between his legs and you see the other team leaping up, you see his shoulders slumped and the ball moving right between his legs. It's a good succinct image of futility. But why just that one?

And why just that one man? You see his teammates who are equally culpable saying, "He did it, not me."
Everybody wanted to toss him under the bus.

And then we come to the story of Steve Bartman, which is slightly similar...
And even weirder. Because he's a fan! I mean, he's not even a player! He didn't sign up for that, as one guy says in the film. Watching the Steve Bartman story evolve is like watching a frog boil in water. At first, nobody notices it. It just looks like he missed a foul ball. Moises Alou does look at him, but then as they began to replay it and emotion cycles through the stadium, all of this frustration and enmity is aimed at this one guy. Why, you wonder. Is it because he's sitting there complacently? Like a deer in the headlights with no expression on his face? I think that made people angrier in some way.

It became such a society of blame.
And I think, to be honest, the ugly part is that because he looked weak and vulnerable he became an easy guy to blame, so everybody focused their hatred on him. He doesn't seem to be reacting like everyone else. He seems alone. Cast out.

Aren't those the rules?
But this ball is right in the middle. It could not have been worse, from that perspective. It happened very quickly. Is it on the fans side? Or is it the players side? Whose side is it on?

It's a terrible and wonderful moment in the film when you slow the footage down and we see that in fact Alou would have been able to catch that ball had this one fan not interfered.
What we had fun doing was pulling everybody else out so that you only see Moises Alou and Steve Bartman and the movements they made that you wouldn't have otherwise have seen. With everybody else taken away, there is something wonderfully intimate about it. It's just these two people.

Who are somehow making history together.
Reach out and touch someone. Be careful what you wish for.

So, since 2003, Steve Bartman has lived a life of infamy?
Right. Can't live it down. And his lawyer said, "Can't you do a movie about something else?" In a way, I was happy to make his refusal to be in the film part of the story. There is this public moment for him where he is seen, but he does not want to be seen again outside of that moment.

His (understandable) refusal to speak may well make a better movie than if he had spoken.
It's frustrating, but more interesting.

And doesn't Buckner's story come full circle?
Yes, Buckner has that moment when finally the Red Sox win for the second time. There's the moment where he comes back, the fans love him again, and all is forgiven. So, we have that emotional release through Buckner. But with Bartman, it is frustrating but I think you're right, it's better for the film. He stays shrouded in mystery. We don't know what he was thinking. Or what he was listening to on his head phones. We assume it was the game, but we don't know.

It seems like he was just a fan who wanted, like anyone, to catch the ball. Don't you think?
He wasn't the only one. There were lots of people grasping for that ball.
(The fan who actually caught it sold it for $100,000.)

Tell me about your Eliot Spitzer documentary.
You have a very public scandal. And we find out a lot about the scandal that was not formerly known. It's a rise and fall story. We discover that Eliot Spitzer was one of the few people who was actually going after these guys on Wall Street. Then, mysteriously, just before the crash -- he's taken out. Now, he has a hand in that. He had a role to play. And we go into that. But we ended up getting everyone to speak to us. We got him, we got all his enemies, and we got the escort, but it's not the escort you think.

That's a tantalizing morsel! What are you hoping Catching Hell will bring to viewers?
It's a sports movie and I think it delivers for the sports fans, but I took my sister-in-law to the film the other night, she's an art curator, she doesn't know anything about sports and she loved it. It's about human behavior. It's about enthusiasm. The dark side.
(laughter)