Think you’re going stir crazy from the coronavirus lockdown? Conspiracy theorist Alex Jones can probably top whatever disturbing thoughts you might be having.

He said on his far-right radio talk show Friday that he’s willing to go full cannibal.

If COVID-19 shutdowns continue, he said, he has “extrapolated this out” and may have to resort to drastic and disgusting methods of survival.

“I’ll admit it. I will eat my neighbors,” Jones said, predicting a dystopian future plagued by food shortages.

“I won’t have to for a few years ’cause I got food and stuff ― but I’m literally looking at my neighbors now and going, ’I’m ready to hang ’em up and gut ’em and skin ’em. My daughters aren’t starving to death. I will eat my neighbors. ... I will.”

Although Jones’ admission could make neighborhood watch meetings awkward, he said he plans on gobbling “globalists” who imposed the lockdowns first.

“You think I like sizing up my neighbor?!” Jones bellowed. “I’m gonna haul him up by a chain and chop his ass up! I’ll do it! My children aren’t going hungry! I’ll eat your ass! And that’s what I want the globalists to know — I will eat your ass first!”

It’s unlikely Jones will ever go hungry, thanks to a fortune amassed in part through scams like selling fake coronavirus cures. He was ordered to pay Sandy Hook elementary school parents $100,000 for legal fees last year in a lawsuit they filed over his lies that the 2012 school massacre was a hoax.

Here’s a clip from his radio show diatribe on neighborliness:

The most disturbing video known to man pic.twitter.com/izb038PBXB

Um, does anyone know what his address is? As an Austinite who does not want to be chopped up and eaten, I want to make sure his house is nowhere near mine.

There have got to be better ways to make a buck these days than this.

Some offered Jones food for thought.

Hey Alex, um might be easier to go to Costco. They are fully stocked.

I understand he’s being hyperbolic here but you know a person could try n hunt some animals first, just saying. Being pretty dramatic

Others suggested Jones may regret his raw remarks.

No, his daughters won't starve, because his ex-wife, Kelly Jones, has sole custody, having convinced the courts that Alex Jones is "not a stable person."

I suspect this video would not help in his appeal.

And one insightful person put things in finger-licking perspective.

PHOTO GALLERY
Cannibalism Through The Ages 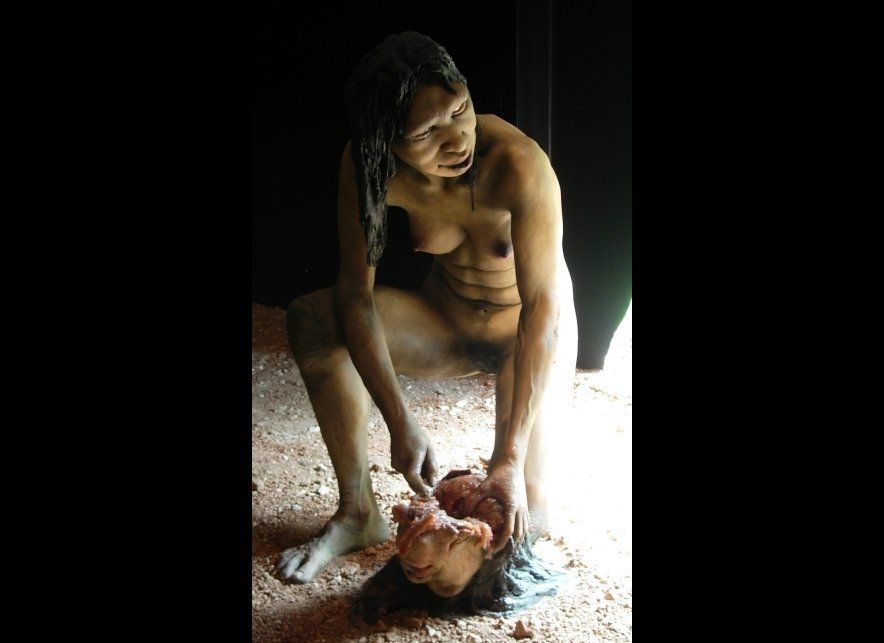