Alex Prager's photographs are emblems of the joys and tragedies of living in Los Angeles. The self-taught photographer does for LA what Woody Allen did for New York, featuring the city as her muse (and protagonist). In her vivid photos you may recognize Cindy Sherman's feminine masks, Douglas Sirk's classic melodramas and even David Lynch's eye for the uncanny.

Prager's mannequin-like women are caught in compromised states; she captures beads from dripping mascara and trembling matte lips on film. Though her heroines are hurting you get the feeling they still love the drama. Prager revels in these difficult emotions, especially when it seems inappropriate to stare. 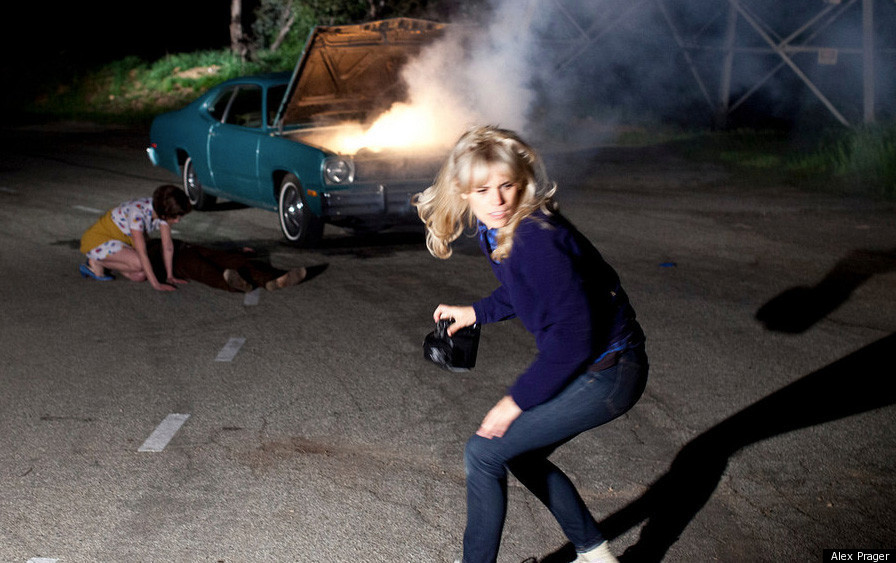 Her upcoming collection, "Compulsion," is full of cinematic moments. Prager's images capture imaginary emotions to captivate the viewer's real ones. The anonymous protagonists sometimes echo Weegee's crime shot victims, implicating the viewer in the shot as a hungry spectator. Our compulsion to see a stranger's vulnerability is as familiar a habit as it is bizarre a practice, a paradox Prager feeds off of in her work. The honesty of the eye somehow becomes more raw when surrounded by clumps of makeup.

The collection also features a short film "La Petite Mort," in which a woman confronts the mysteries of death through examining the limits of her body. The film, according to the release, shows "the act of dying and the act of transcendent love are two experiences cut from the same cloth -- the former a grand exit, and the latter a slow escape."

To learn more, we asked Prager a few questions about her upcoming exhibition. 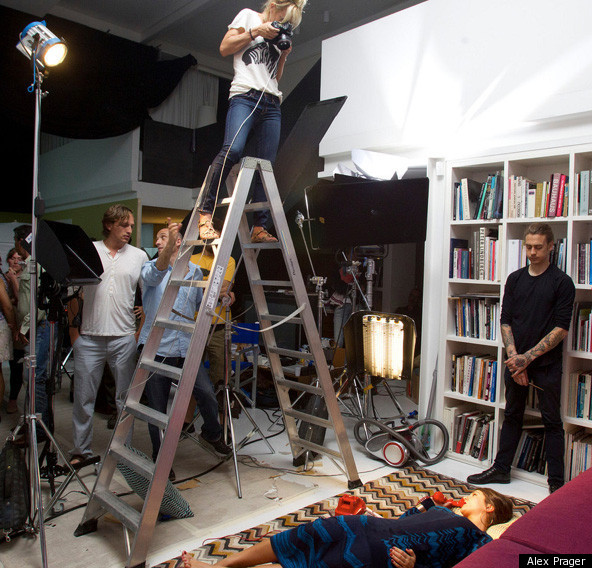 HP: Where do you look for inspiration?

AP: "The Shining" is a great one, any Kubrick film is great for inspiration. L.A. is always a huge inspiration for me.

HP: How was working with film different than working with still photography? Does your upcoming short film "La Petit Mort" include more narrative than your previous shorts like "Despair"?

AP: I think that it's definitely more of a movie-feeling type film than "Despair" was. "Despair" was my first ever attempt at doing a moving image. I was approaching it as a still photograph that moved a little bit to show you a tiny bit of the before and after of the still photograph. This one was a little bit different. I feel like film is an extension of what I was already doing with still photography … I approach it the same way, it's just a lot more work.

HP: Your short film is called "La Petite Mort," an idiom which refers to the female orgasm. How does that tie in to the film?

AP: I'm directly relating the title to the narrative of the film. I do feel like there is something to be said for why the French call an orgasm a little death. They think it is the one moment during life where you are closest to death because all your senses shut off except for one. I just like that idea, it is very poetic. I have always enjoyed exploring death in my work. Or moments of heightened emotion which is what an orgasm is.

I felt it suited the film… exploring the intensity of what it could feel like to die or to feel something really strongly and passionately. 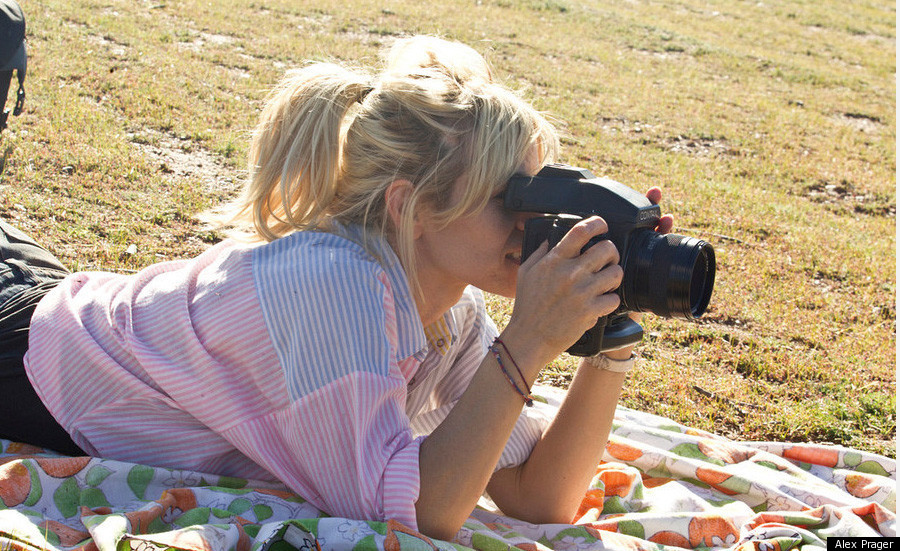 HP: Your "Cumpulsion" collection features a lot of close-ups of eyes, and there is a great moment where you realize that even the eye, the "window to the soul," is surrounded by makeup. What similarities do you see between the eye and the camera and their abilities to tell the truth?

AP: The eye is just something I came across while I was exploring this series in the very beginning. I originally had intended to try to to convey emotion through close-ups of different body parts. I was sort of sick of doing the same kinds of portrait shots of women that I had been interested in for all the other years. I wanted to get out of that and didn't really know how. This is always how a new series starts.

I started off with taking a whole bunch of close-ups of mouths and ears and hands and was just trying to see if I could convey emotion through just looking one tiny spot on someone. I looked at all my images and they looked really cool and graphic, but the only ones that conveyed the type of emotion I was looking for were the eyes. So I just started focusing on eyes. But I am not just doing women's eyes but all sorts of eyes. Older men, boys, middle aged women … I think I have never been more excited about a series.

Each eye is conveying a different emotion and different expression. And you can totally imagine what the rest of the face is doing, just by looking at the tiny close-up of the eye and you can almost imagine a certain situation that the person might be in as well. I find it really interesting that all of that can come through just from looking at the eye. 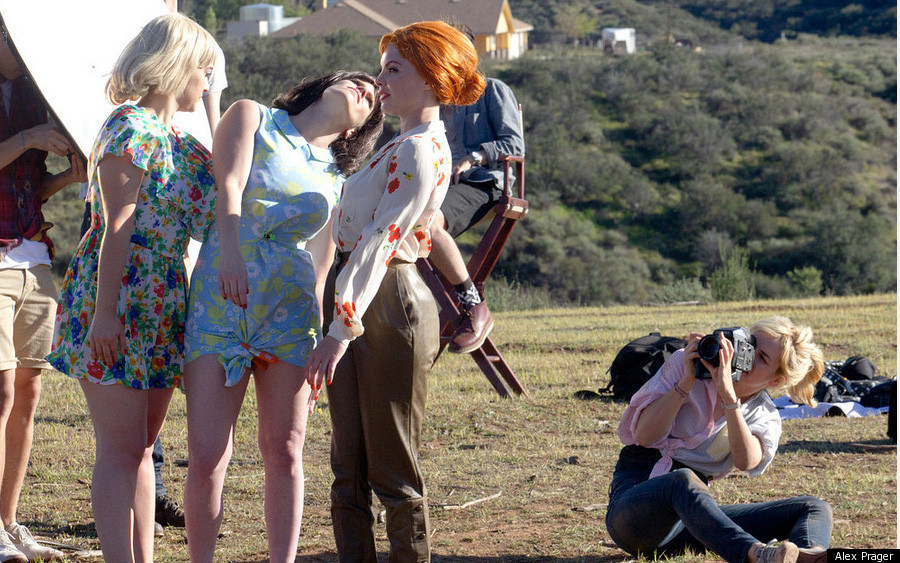 HP: So whose eyes are they?

AP: A lot of them are my friends, still. You can do so much with lighting and makeup. We would pull skin and stretch it different ways to try to make the eye look different. Also … I posted an add on Craigslist, more for the middle aged men. I couldn't think of any middle aged men that i knew!

See the exclusive preview of Prager's "Compulsion" collection below. The exhibition will run from April 5th through May 19th simultaneously in LA (at M+B Gallery), London (at Michael Hoppen Gallery) and New York (at Yancey Richardson Gallery). 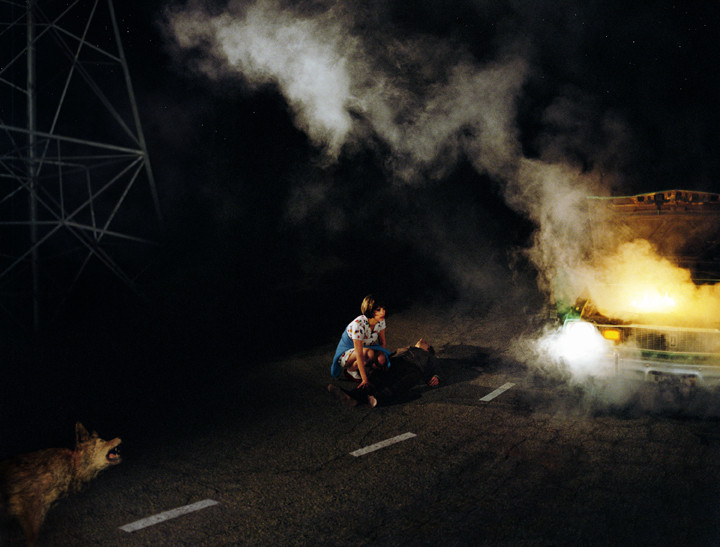 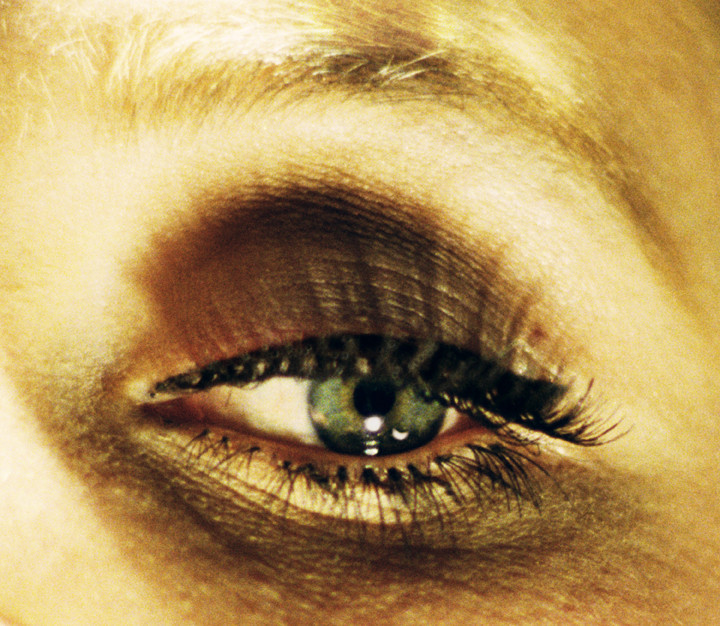 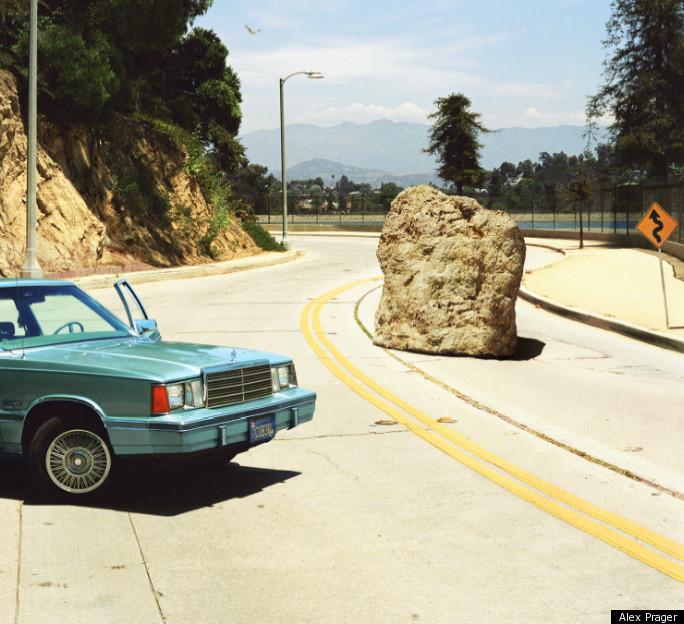 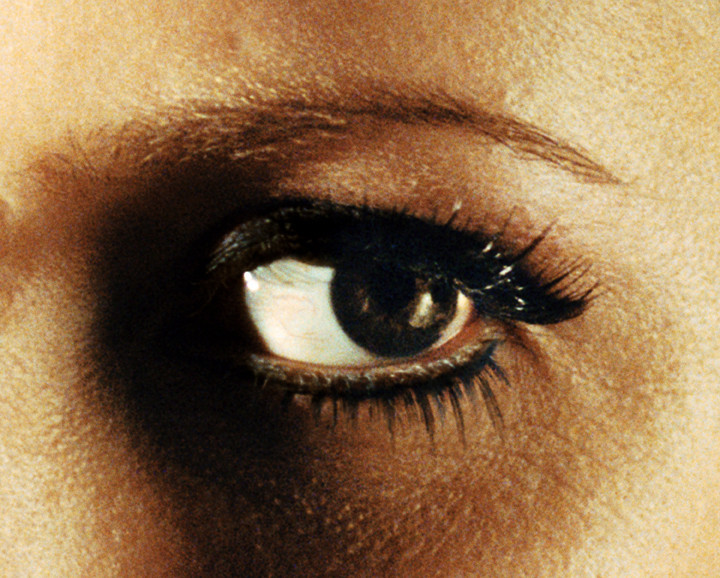