*SCROLL DOWN FOR PHOTOS*

Alexander McQueen's final collection was presented as part of Paris Fashion Week on Tuesday. Robert Polet, chairman and chief executive officer at Gucci Group, told WWD: "It was a very moving experience to take a deep and serious look at his last collection. It showed Lee's unique talent to create pieces of beauty that touch many of your senses, leaving one enriched....Although the sense of loss afterwards, I found overwhelming."

The collection, inspired by the Old Masters of painting, was rich and filled with color and texture. All the patterns were cut by McQueen before he died by suicide on February 11th. "Each piece is unique, as was he," McQueen's fashion house said in a statement that was released with the collection. "It was all inspired and developed and all patterns were cut by Lee," Alexander McQueen Chief Executive Jonathan Akeroyd told Reuters. "It was well under way and the development was very much in final stages, so it was just about carrying on finishing the pieces," he said after the show. "We had four weeks to finish his work."

Photos from Tom & Lorenzo via Catwalking. 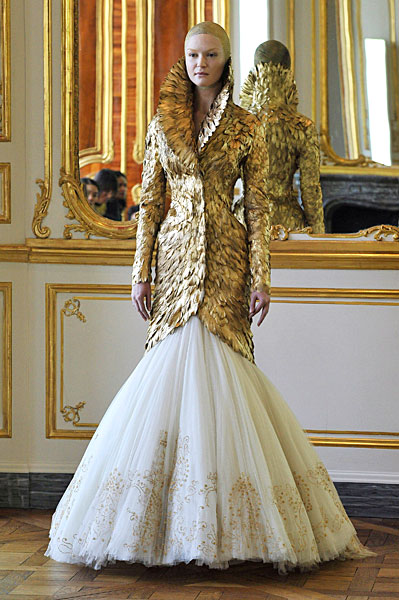 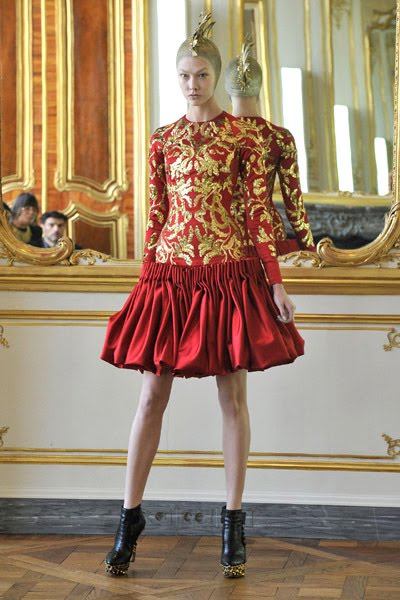 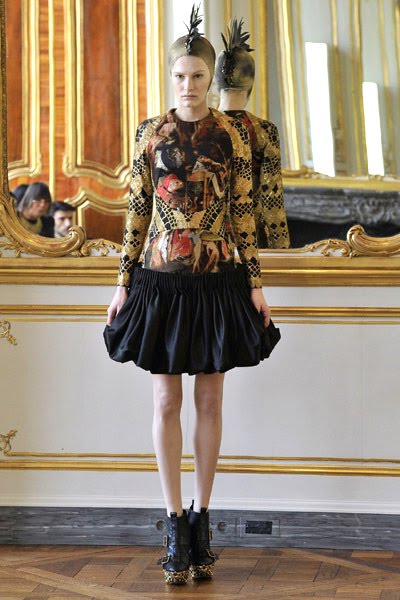 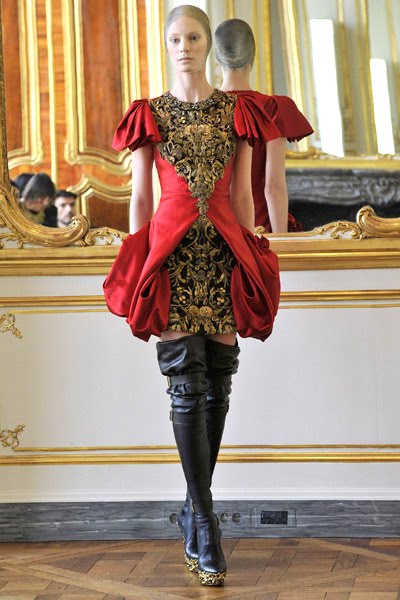 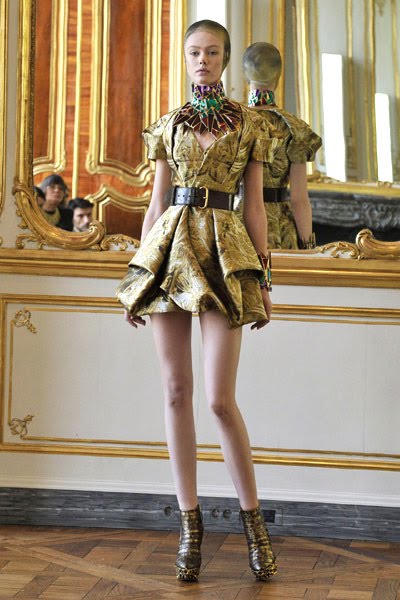 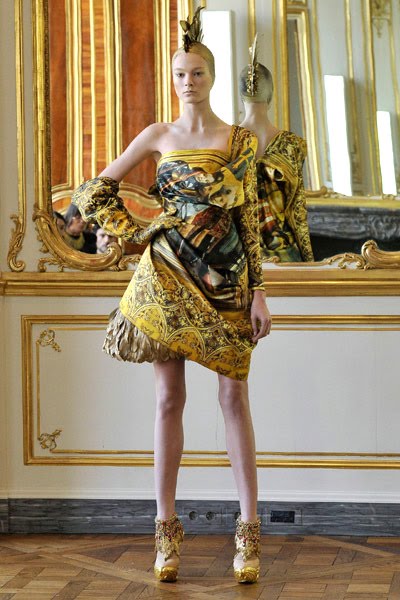 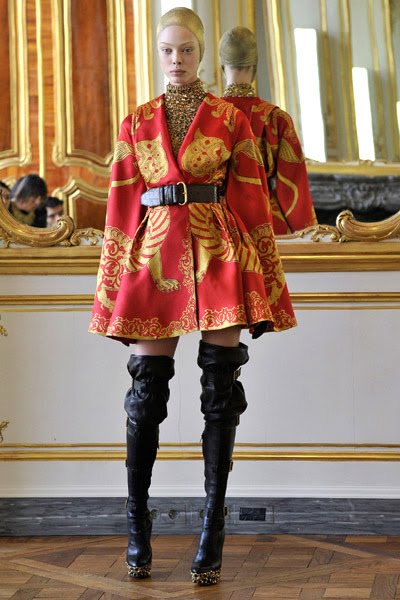 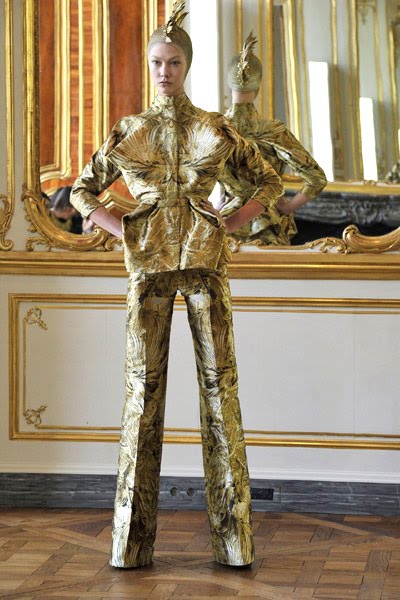 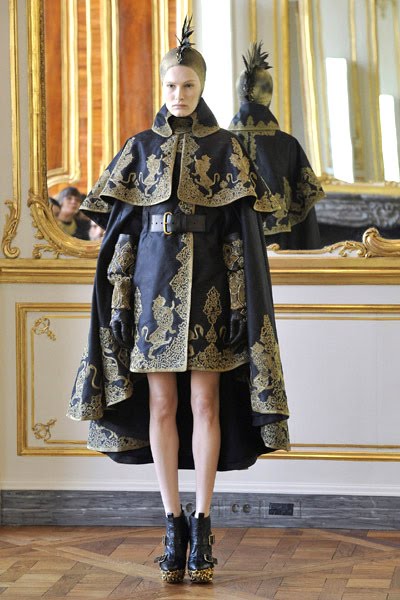 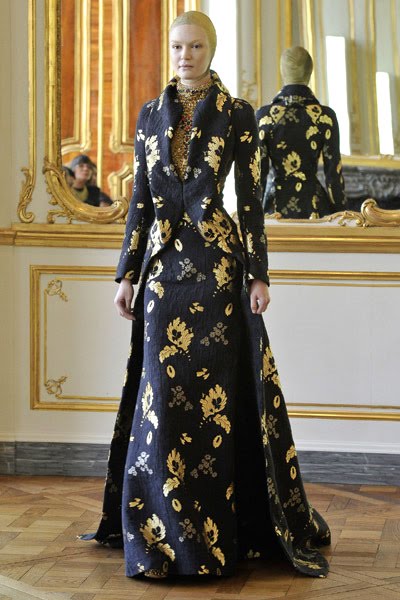 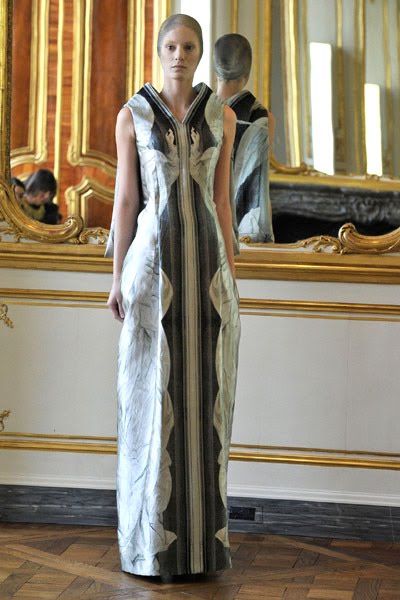 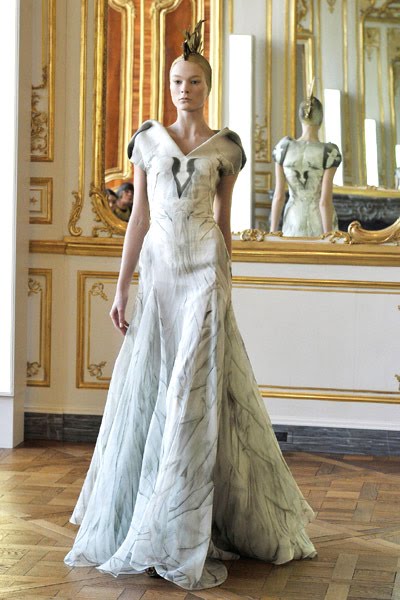 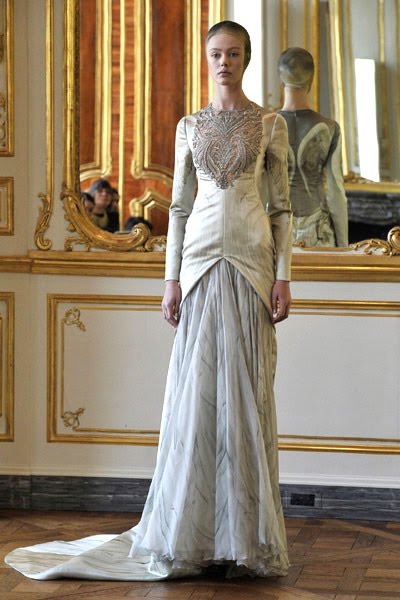 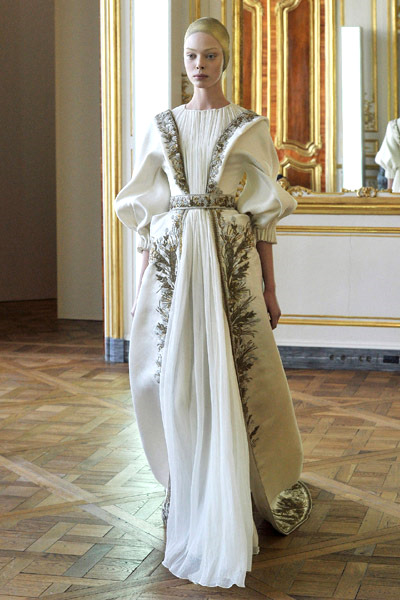 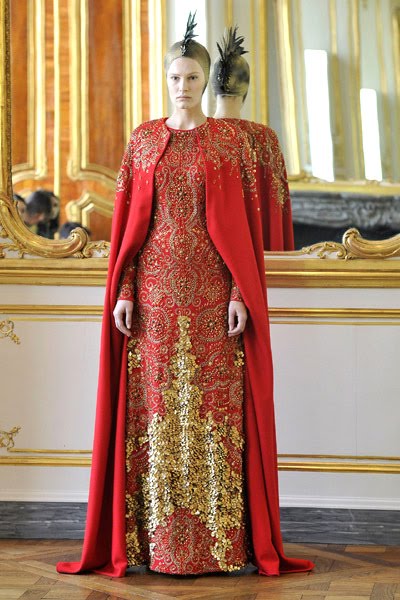 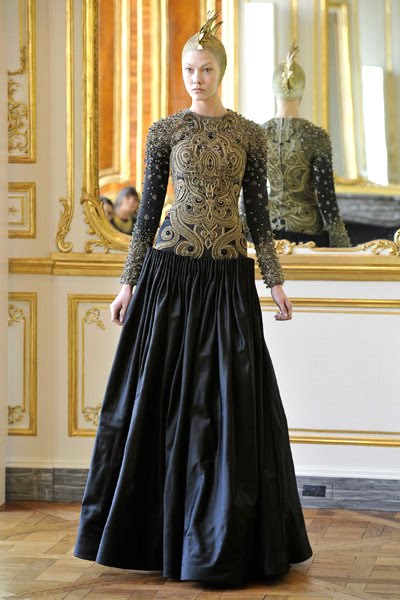