The Hollywood sex scene serves multiple functions, depending on its form: in romantic comedies, its participants' discomfort provides set pieces for easy laughs and movie trailers; in dramas, they are the reward for suffering, or perhaps a forbidden temptation that sets a plot in a new direction; on cable TV, they are a terrific marketing tool to entice viewers away from the more chaste world of major network offerings.

And always, they serve as great talking points for press junkets and magazine features.

For Alexander Skarsgård, his forays into pre-scripted sex straddle the lines of those Hollywood standards, while also taking a foray into the riskier and heavier, where entertainment gives way to understanding and telling painful stories.

As star of HBO's "True Blood," the Swedish star's perfect Norseman physique and law-enforcing role give his vampire character an even more enhanced sense of danger and mystery. With his love triangle with Sookie (Anna Paquin) and Bill (Stephen Moyer), Skarsgård's Eric is involved in a dangerous affair -- and not just on screen. As he tells GQ, there are certain assurances he has to make when filming sex scenes with Paquin, who is Moyer's real life wife.

“It’s really clear to Steve and to everybody else what the deal is — which is that Anna is like a sister to me," he insists. "Those love scenes take quite a bit of acting, actually. A lot of acting.”

But while his "True Blood" sex is pulpy and cable-ready, it was another sexual encounter scene -- which, truth be told, is hard to describe as a sex scene given its context -- that truly shook the actor.

"In the beginning, Kate would be crying after every take and Alex would try to comfort her," he said. "By the end, everybody got really raw."

For more on Skarsgård, click over to GQ; check out the new trailer for "True Blood" below. 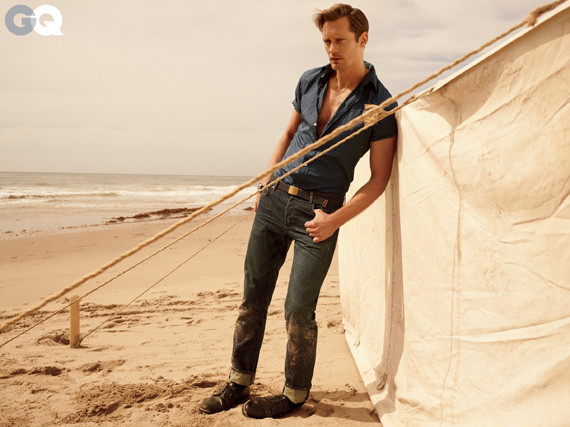 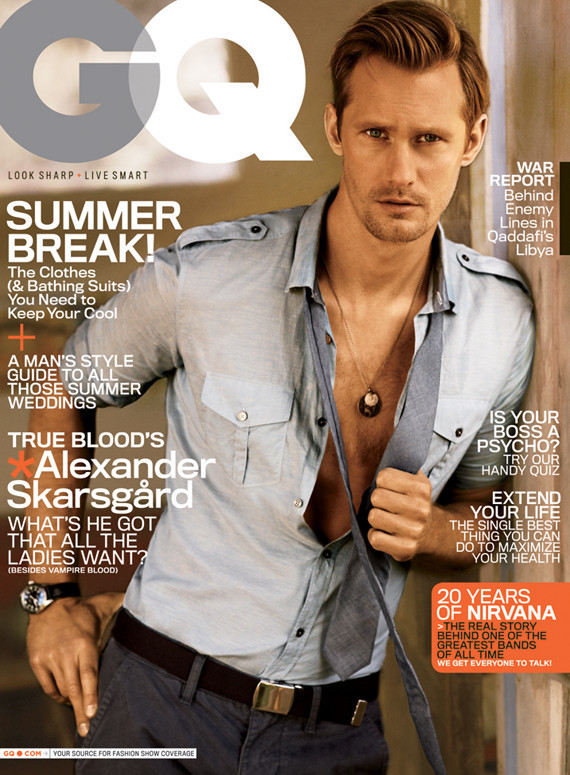