In case you were under an unfashionable rock today: Alexander Wang debuted his first collection for Balenciaga this afternoon during Paris Fashion Week.

In case you were under said rock for the past five months: Balenciaga lost its creative director when Nicolas Ghesquière abruptly quit back in November. The fashion house then scrambled to find a successor and chose industry wunderkind Alexander Wang to helm the brand the following month.

Hopes were high -- and skeptics were rampant -- for Wang's very first show today. So how did he stack up against his predecessor? We decided to compare Ghesquière's final runway show (Spring 2013) with the 29-year-old's Fall 2013 debut. Here's what we came up with: 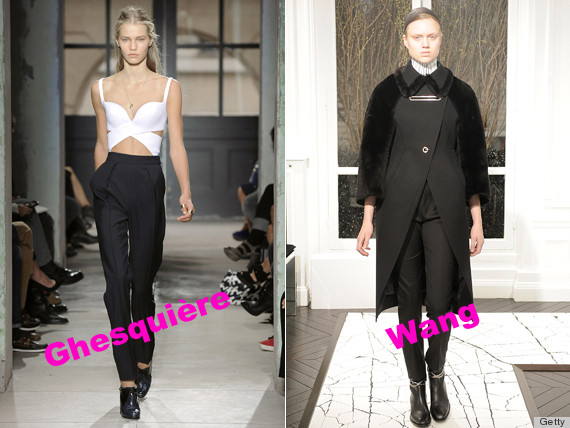 Winner: Ghesquière (Hey, K-Stew rocked it on the red carpet.) 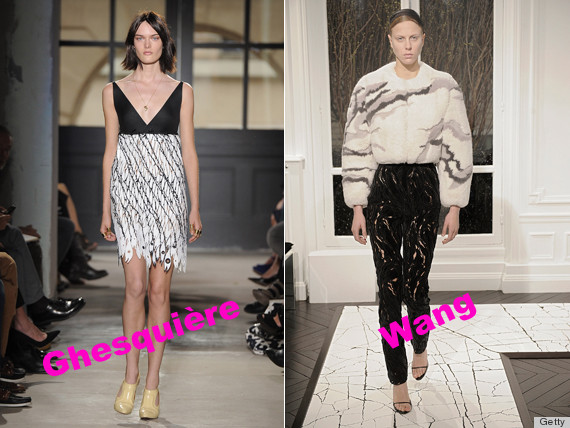 Winner: Alexander Wang (It had a little more je ne sais quoi, if you ask us.)

Reviews: Ghesquière's Spring 2013 collection was critically praised, called "fantastic" by Style.com and "appealing" by Cathy Horyn. But none other than Anna Wintour herself went on the record about Wang's debut, telling the New York Times, “I’m very proud.” Say no more. Winner: Wang

HuffPost Style's Critic: Our resident style expert, Fashion Editor Christina Anderson, gave us her two cents on Wang's take versus Ghesquière's critically-acclaimed run: "In my core, I don't believe that Wang has the same hand at couture that Ghesquiere had. However, you can see that Wang is respecting the history of the house in the gently curving cocoon-shaped jackets and coats. I think it's smart that Wang focused on a black and white color palette so as not to distract from the construction of the garments. " Winner: Er, we'll get back to you on that one...

Overall: Nicolas Ghesquière seems to come out on top in our minds. What can we say? We're suckers for nostalgia.

What did you think of Alexander Wang's first runway show for Balenciaga? Check out the collection and sound off in the comments!