The author of Don’t Let’s Go to the Dogs Tonight and the brilliant new memoir about her recent divorce, Falling, explains how to spend the lonely hours feeling not so alone.

It took me years to accept that the only thing worse than my fear of my own emptiness was the emptiness of my bottomed-out relationship with my husband of nearly 20 years. We are good people, and we are good parents, but that doesn’t make two people a good couple. So I moved out of our house and into a condominium between Kmart and the post office. I had one dog, some art, my books, a radio and -- half the time -- I had our three children.

A year later, a thrum of panic still hits me under the ribs when the children’s father comes to pick them up every other Sunday. The divorced-parenting class that I attended focused -- as they must -- on how to best protect and nurture the children. But there were no classes on how parents should learn to be without children or a family. It took me a vulnerable, liminal year before I came up with a few breakable rules, most of them established with the help of books (which maybe is the unwritten first rule for any situation in life, Read Yourself Into the Place You Are):

1. Surrender To Forever
Girlfriends coming over to the condo -- their eyes barely containing the dread of visualizing themselves in the same position -- say something along these lines: “It’ll be okay. This isn’t forever.” Which is true in the huge, universal sense of the word; nothing is forever. But my living without my children half the time is my forever, a daily reality. We will never be a family again. Surrendering to the pain of that feels honest, at least, even if it’s more unbearable than I could have anticipated. This isn’t where I want to be in my mid-forties; it’s not what I wished for my children; it’s not what I would have wanted for my ex-husband, but here we are.

Quote That Got Me Through: “Surrendering does not involve preparing for a soft landing, it means just landing on hard, ordinary ground, on rocky wild countryside, once we open ourselves, then we land on what is.” -- Chogyam Trungpa, Cutting Through Material Spiritualism

2. Don’t Join Any Group You Wouldn’t Belong To Anyway
I’ve never been fond of cocktail parties, charity events and obligatory dinners, so I automatically decline any invitations to the same. But with empty evenings stretching ahead of me -- the weekends were the worst -- I found myself scouring the paper for distractions from the dread silence of no-children. I considered showing up at church mornings, prayer circles, knitting classes, book clubs, AA meetings, environmental protests, community kitchens. Then I asked myself if I would have gone to a single one of these places if my children were home, and when the answer was no, no, no, no, no, no and no, I knew I had to find some other way to be alone. So I stayed home and felt the full force of loneliness.

Quote That Got Me Through: “Loneliness is the human condition. Cultivate it. The way it tunnels into you allows your soul room to grow. Never expect to outgrow loneliness. Never hope to find people who will understand you, someone to fill that space. An intelligent, sensitive person is the exception, the very great exception. If you expect to find people who will understand you, you will grow murderous with disappointment. The best you’ll ever do is to understand yourself, know what it is that you want, and not let the cattle stand in your way.” -- Janet Fitch, White Oleander

3. Shut The Bedroom Doors
For the first six months, my knees caved with grief every time I got to the landing and saw the kids’ bedrooms; smelled their soft-milk, adolescent scents; noticed the trail of towels and books and toys that led from their closets to the bathroom to their desks. It took me that long not to get drawn into a Bermuda Triangle of heartache, panic and guilt; not to find myself, whole hours lost, standing with mute regret in their innocent spaces. Eventually, I learned to allow myself the sadness, but to shut the children’s bedroom doors on the nights I didn’t have them. Their laundry and chaos could wait until I felt stronger. I accepted that I was going to be messy and human and unstable for a while, but that I didn’t need to create unnecessary flash points.

Quote That Got Me Through: “Emotions can only overtake us when we're unaware of them.... This makes us feel bad about ourselves. Tremendous self-aggression can arise in the mind that automatically reacts. But labeling our emotions as terrible or wrong has a puritanical slant. It implies that they should never occur, that we should be as pure and enlightened as a Buddha.” -- Dzigar Kongtrul, It’s Up to You

4. Rely On The Sticky Note
It’s hard to explain the absence of your children to one’s subconscious. For the first few months after I moved out of the house, I would wake up at 3 a.m. and feel into the children’s rooms with my mind. Finding them gone, my memory would whir backward to the last place I had seen them. I could picture myself dropping my son at the hockey rink and then forgetting to pick him up. I could imagine my first grader waiting for me at her bus stop outside the library, all alone in the winter dark. I’d be out of bed and half dressed, boots pulled over pajama bottoms, before reason would prevail and I would remember that I didn’t have the children, they were safely with their father. After the worst night of this, when I actually got as far as driving out to the highway, near our old house, minutes away from tiptoeing in the children’s rooms to check on them, I put a sticky note on my bedside table that read in large black letters: “YOU DO NOT HAVE THE CHILDREN.” I also split the days into three eight-hour sections, the better to manage my mind: 8 a.m. to 4 p.m. was the easy, distractible shift when the children were more or less at school; 4 p.m. to midnight hurt. Midnight to 8 a.m. felt graveyard in its dark eternity, but it was only eight hours.

Quote That Got Me Through: “What it takes to survive out here is order, I realize and say to myself, ‘Divide the day into equal periods. See this travel alarm? You get up, don your uniform, move according to the bell.’” -- Mary Robison, Why Did I Ever

5. If You Can’t Cook For One, Cook For Strangers
I found it impossible to cook for one, so I didn’t. I cooked, as I had for the last decade, for four or five. Then I froze the portions I didn’t eat and took them to a friend who had recently been diagnosed with cancer and was too queasy and exhausted to cook for herself. And once I was aware of her need, I became aware of the need all around. There are always people in need of food: homeless shelters, elderly neighbors, neighbors with young babies. I found cooking for others was a way to make sure I was cooking for myself. I learned to set the table for one, light candles for one, pour a glass of wine for one, and eat slowly, in conversation with a good book, or an intelligent radio show.

Quote That Got Me Through: “Caring for myself is not self-indulgence, it is self-preservation, and that is an act of political warfare.” -- Audre Lorde, A Burst of Light

6. Know The New Version Of Your Lonesome Self
For nearly 20 years, the person I was at home was “mother.” I was other things too, of course, a wife and writer, but the name that I answered to most frequently was “Mum.” Suddenly, I found myself in a free fall of mostly unlabeled, uncalled-upon silence. There was no one demanding my attention. I did the laundry, twice sometimes. I washed the floor until the dog’s eyes streamed from the fumes. I scrubbed under the sink and changed the sheets and swept the garage floor until a fussy person could have eaten off it. Nothing made me feel more needed.

Then one day, I wondered what would happen if I renamed myself. “Lonesome Self,” I called myself. And on that day, I left my new condo with a picnic and no map and I came back only after I had found fragments of the girl I had been before the woman I was. It turned out, I was not my labels. I was nothing. It was okay. It was all okay. And then one warm evening in August, nearly a year after I had moved out of the house, I suddenly became aware that whoever this new “Lonesome Self” was, she was becoming a whole person. And part of becoming so was the realization that although I could only have the children with me half the time, I was their mother all the time. As shaky as I still felt sometimes -- and might continue to feel for a while -- that single fact was unshakable.

Quote That Got Me Through: “What's your name," Coraline asked the cat. "Look, I'm Coraline. Okay?"

"No," said the cat. "Now you people have names. That's because you don't know who you are. We know who we are, so we don't need names.” -- Neil Gaiman, Coraline

Own OWN Empower Yourself OWN Relationships Loneliness Lonely

Alexandra Fuller On Loneliness After Divorce: 'Falling' Author Explains How Not To Feel Alone
Celebs Who Bounced Back Post-Split 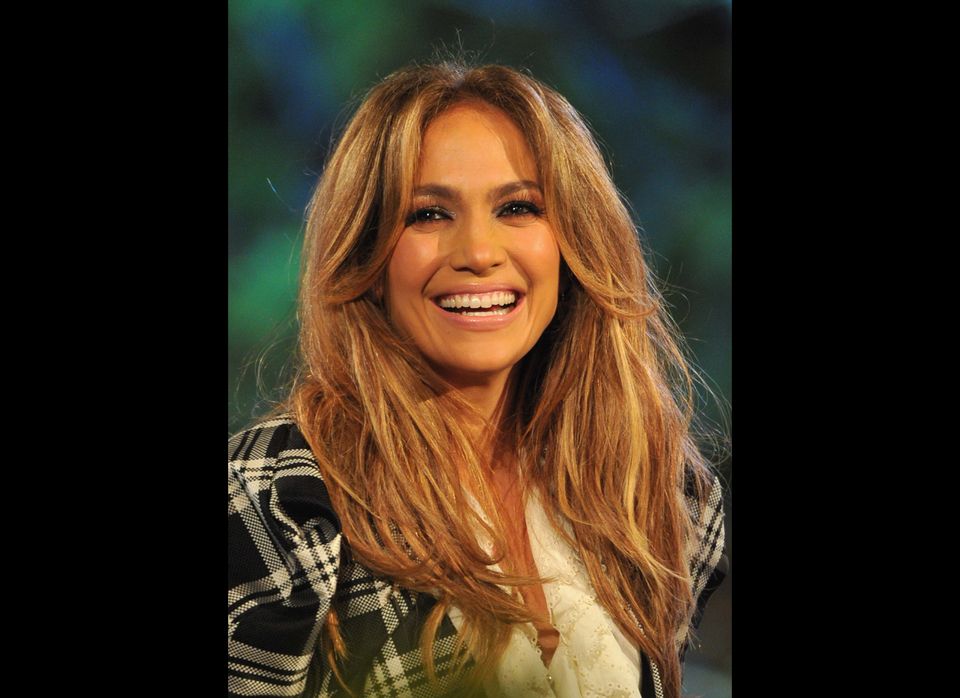 1 / 8
Jennifer Lopez
Jennifer Lopez's <a href="http://www.accesshollywood.com/jennifer-lopezs-loves-over-the-years-on-screen-and-off_gallery_3057/image_149640">first marriage to Ojani Noa</a> in 1997 lasted a little less than a year, but that hasn't stopped her waiter-turned-actor ex from trying to cash in on her success. Since her first album, "On The 6," debuted in 1999, Lopez has been a Billboard mainstay, selling over 75 million records worldwide and garnering many music award nominations. She has also starred in several films and launched a fashion line, in addition to serving on the judging panel for "American Idol." Noa has sued Lopez <a href="https://www.huffpost.com/entry/jennifer-lopezs-exhusband_0_n_856443" target="_hplink">multiple times</a> since their 1998 split, and has threatened to release unseen home video footage -- including an alleged sex tape, the release of which Lopez blocked. She has since remarried twice; her marriage to backup dancer <a href="http://www.people.com/people/article/0,,624417,00.html">Chris Judd ended in 2002</a>, after which <a href="http://www.people.com/people/article/0,,646315,00.html">she married</a> -- and then <a href="http://www.usmagazine.com/celebrity-news/news/jennifer-lopez-opens-up-about-marc-anthony-divorce-you-never-want-to-break-up-a-family-2012149">divorced</a> -- Mark Anthony, with whom she had two kids.