“The square root of 69 is eight-something, right?” Drake calculates in his verse on Rihanna’s 2010 song “What’s My Name.” He croons knowingly: “’Cause I’ve been tryna work it out.”

If you, too, have a thing for Jewish Canadian rappers, this might have been the moment you first started fantasizing about Drake’s skills at going down.

The series, Rubinstein told The Huffington Post, is an attempt to visualize, in quite straightforward terms, female pleasure, which she feels is too often omitted from today’s mainstream representations of sex.

In this sense, Rubinstein certainly delivers, serving up perspectives that capture just what it might look like if Justin Bieber popped up for some moody eye contact before digging in.

”The female point-of-view draws attention to and eroticizes men, making them the objects of desire, not the women,” Rubinstein said. Over time, the artist opted to base her paintings off celebrity head shots for a cheeky and surreal vibe. Also, head shots.

The images certainly aren’t for everyone. Sure, some viewers will find the content a bit hardcore or perhaps creepy, but even the less prudish might be disturbed by the paintings’ disembodied depictions of women’s parts. Even though the painted women are receiving pleasure as only Jon Hamm can deliver ― or Leo, or James Franco ― they’re still pictured only as floating vaginas.

“I don’t think this series, or my other work, are so much about objectifying men, as they are about reframing the way we see female desire and sexuality,” she said. “Sexuality is just another extension of the behavior we expect of women. I think it’s important to recognize that it’s not innately timid, selfless or non-existent.”

You can purchase prints from the series on Rubinstein’s website. 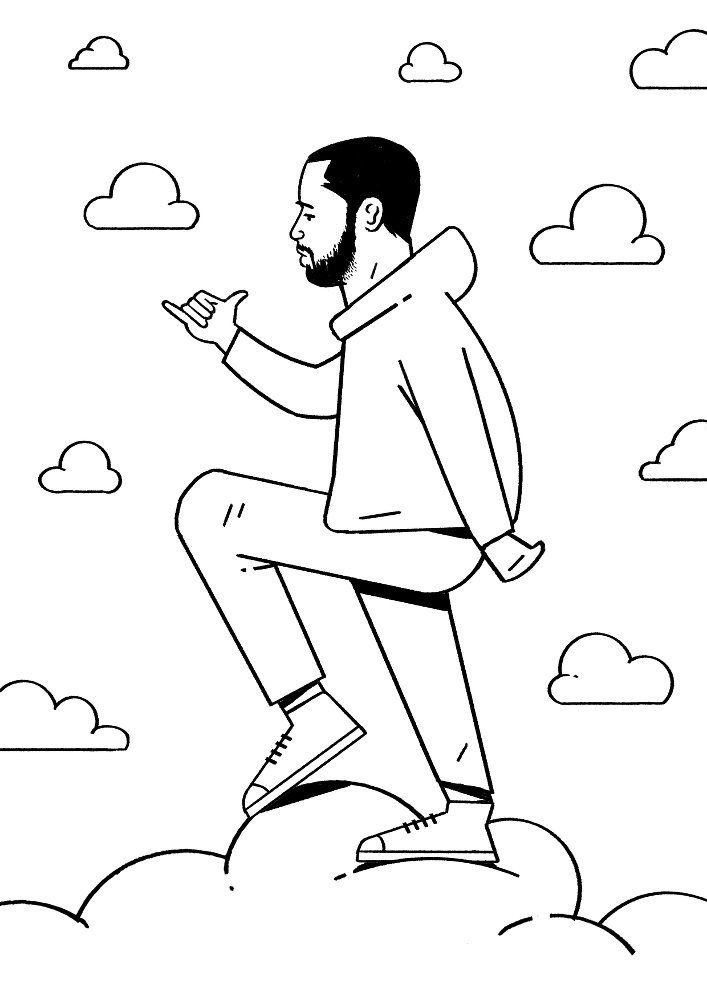