KIROV, Russia, April 24 (Reuters) - Russian protest leader Alexei Navalny urged a court on Wednesday to throw out what he said were trumped-up charges intended to silence one of President Vladimir Putin's sharpest critics.

A court in the industrial city of Kirov adjourned to consider his request to return the case to state prosecutors for review on day two of his trial on charges of stealing from a timber firm that carry a possible 10-year jail term.

The most prominent opposition leader to be tried in post-Soviet Russia, Navalny, 36, has suggested Putin ordered the trial to stop his criticism of "swindlers and thieves" in government and sideline him as a potential presidential rival.

A recent opinion poll indicated about 37 percent of Russians know who Navalny is, a sharp increase in the past two years, but only 14 percent would vote for him in a presidential election. Putin won almost two-thirds of votes in an election last year.

"The case absolutely cannot be tried in court in its current form," the anti-corruption campaigner told reporters after Judge Sergei Blinov ordered a more than three-hour recess to consider his plea to send the case back to state prosecutors.

"It's raw, it's tendentious, there are different numbers cited everywhere, different amounts of timber are mentioned, and so on," Navalny said, adding that he was surprised the judge had agreed to consider the defence appeal.

Navalny, in jeans and a blue shirt, sat taking notes at the front of the court as the judge spoke. At times he turned to consult his wife Yulia who sat behind him in the packed courtroom in Kirov, about 550 miles (900 km) northeast of Moscow.

Navalny, who organised the biggest protests since Putin rose to power 13 years ago, is accused of stealing 16 million roubles ($510,000) from a timber firm in Kirov that he was advising in 2009 while working for the liberal regional governor.

Tall and clean-cut, Navalny has been a thorn in the side of the government since starting to campaign online against state corruption in 2007. He established himself as a powerful speaker at anti-Putin demonstrations that flared 16 months ago.

The trial began on April 17 but was adjourned until Wednesday to give the defence more time to prepare.

Many Russians say political life in the former Soviet superpower is riddled with corruption and find it hard to believe Navalny is any better than the rest.

"I think it's more likely that he made some extra money for himself here, just stole it. I don't think it's political at all," said a housewife out walking with her baby in the centre of Kirov, who gave her name only as Anya.

Marina, a 42-year-old construction engineer, said: "I think that overall it's political, to silence him. But nobody's free of sin these days so apparently there's something that the prosecution can work with to go after him."

Others are simply not interested in the fate of a man who has captured the imagination of urban youth and the emerging middle class in big cities but has failed to strike a chord with the millions of people who live in the provinces.

Navalny is rarely seen on state television, the main source of news for Russians outside major cities.

Since Putin's return to the Kremlin last May after four years as prime minister, two members of the dissident band Pussy Riot have been jailed, a prominent protest leader has been thrown out of parliament and another is under house arrest.

A dozen protesters also face sentences of up to 10 years over clashes with police at a rally on the eve of Putin's inauguration in May, and parliament has pushed through tough new penalties and fines for demonstrators who stray out of line. (Reporting by Gabriela Baczynska, Writing by Timothy Heritage; editing by Elizabeth Piper and Alistair Lyon) 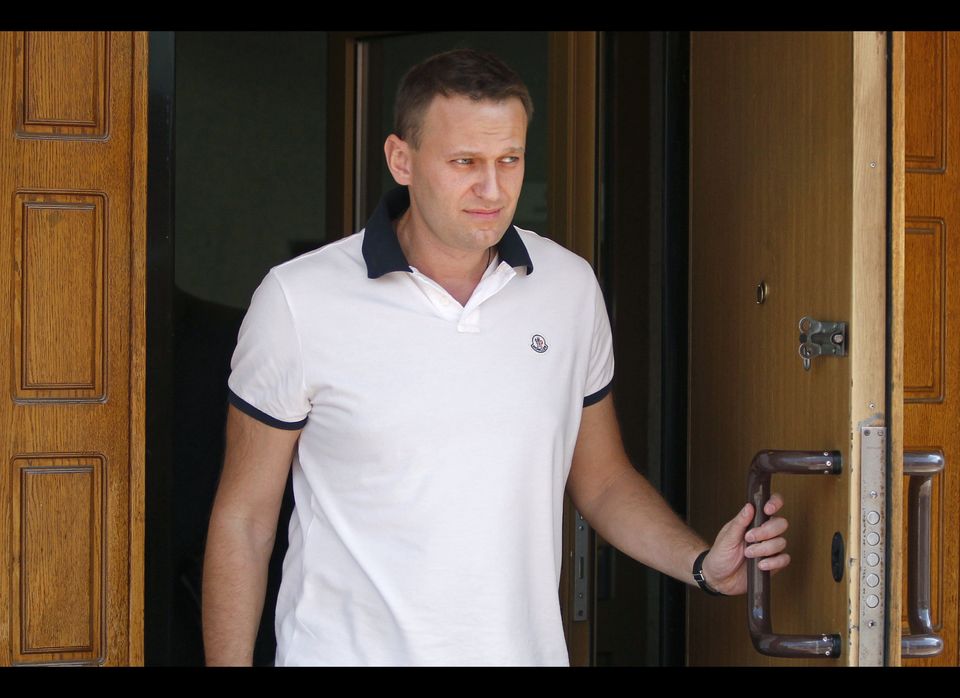