Cuban-born artist Alexi Torres wanted to create works that captured the creative powers of the universe as well as the problems facing it.

He grappled with how to express the influences of the past, possibilities of the future and the responsibilities of the now. Torres creates woven canvasses which immortalize influential figures and emblems past and present. 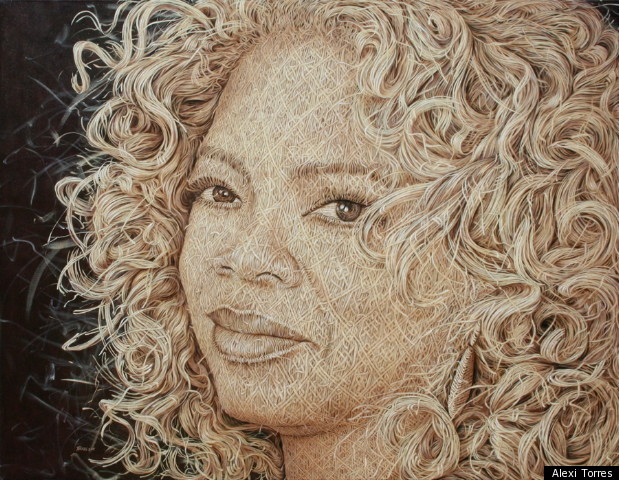 Torres paints leaves, feathers, and other organic materials to create his works, which represent everything from Oprah Winfrey to Pablo Picasso to an unnamed soldier. His works are all-natural, fragile and ephemeral. The woven histories integrate social, military, philosophic and artistic consciousness, illustrating all are made of the same organic stuff of the universe. Torres sees his work as planting an idea and harvesting it; he brings this metaphor to life through starting and finishing each work on the waning moon, as his ancestors did during the harvest.

Check out the diverse cast of inspirational icons past and present: