Alexis Rockman's panoramic paintings explore the seamless interdependencies of aquatic, avian and subterranean life. Their omniscient world-views reveal our own terrestrial spectrum to be only a narrow slice.

Rockman's inspirations range from museum dioramas to the pestilent sewers and toxic waste dumps that form the city's circulatory system. In his recent show of paintings, he explores the virulent swamps of the Gowanus Canal, (the scene of a recent dolphin's demise), and the Bronx Zoo -- two venues where the urban collides with the wild.

Alexis Rockman by Ministry of Culture. New York based painter Alexis Rockman discusses both his work and his involvement with the film Life of Pi. 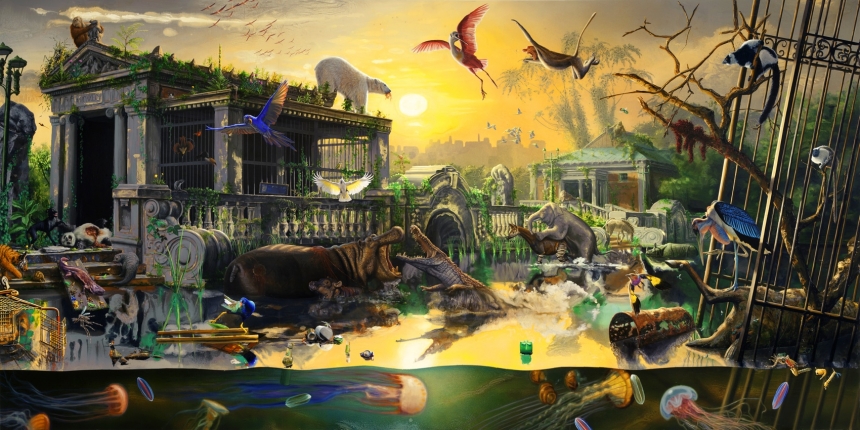 Rockman's creatures share a city-centric view, a corruption of past romantic idylls of natural habitats. The depictions of post-human worlds with their decaying civilizations and architectural ruins are not necessarily apocalyptic from the viewpoint of the animals that thrive in this future. 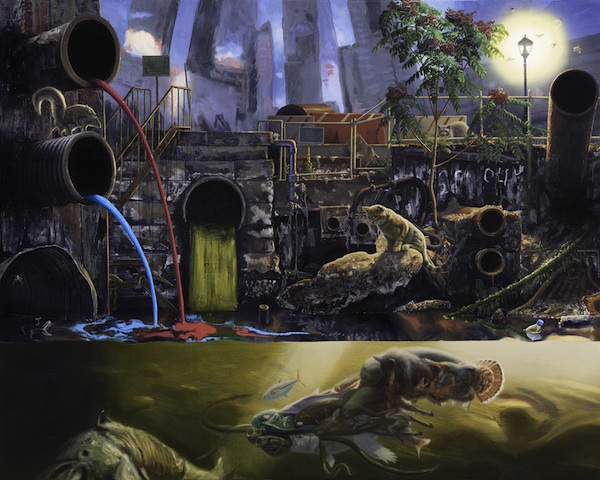 
Though Rockman acknowledges the influence of natural history field drawings and the vanitas of Dutch paintings, his creatures depart from traditional depictions of nature morte, describing quirky cross-species sexual deviancies more akin to Boschian monstrous entanglements. These hybrid creatures are the dead-ends of the arbor vitae, the warped branches of the evolutionary tree of life ending in genetic doom, or else these freakish, rutting animals imply a fabulous resolution in a future hermaphroditic union.

The watercolors the artist made in preparation for the 'Richard Parker' dream interlude in Ang Lee's film, Life of Pi, celebrate the less mundane, otherworldly aspect of nature.

This video, in collaboration with the team Ministry of Culture, contains sequences from the film Life of Pi for which Rockman created psychotropic visions involving the tiger and the magical island they become marooned in.

Rockman's work embraces the beautiful and the deformed, and if not condemning human intervention, it seems to point at the inevitability of extinction: the planet's species are locked in struggle for survival as our desires dictate our evolution, and we head inexorably towards cosmic entropy. 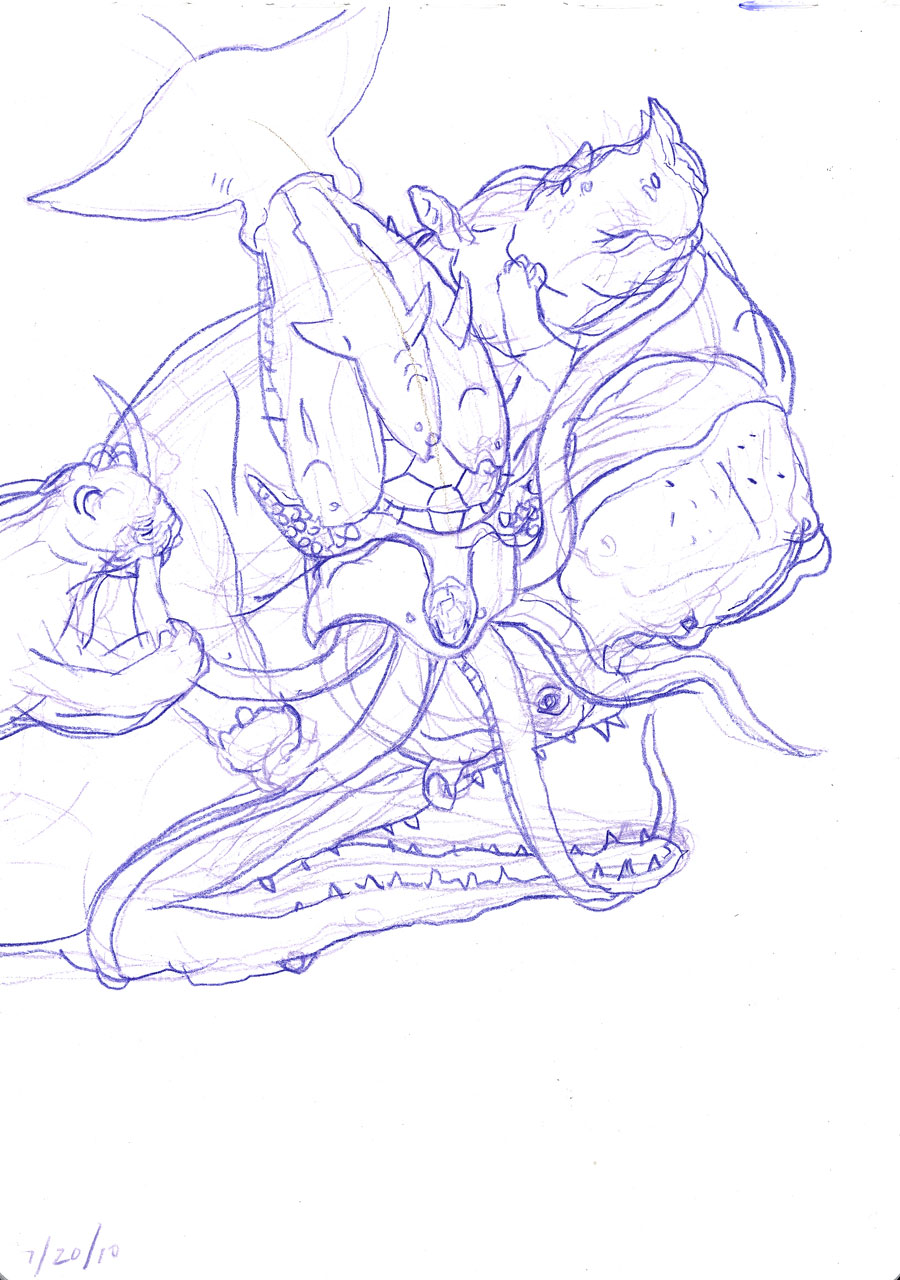 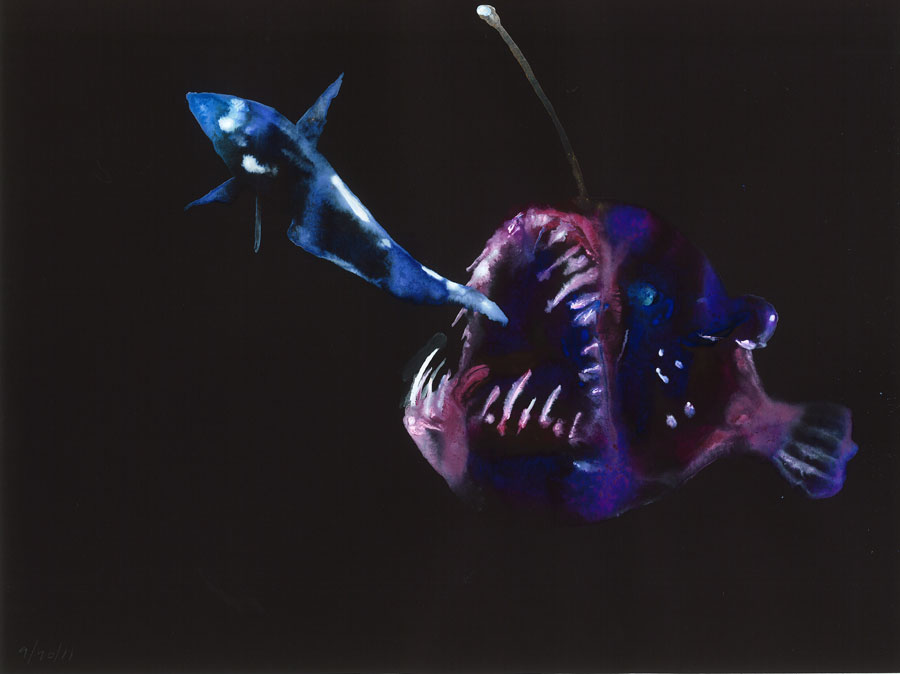 Drawings from Life of Pi, is an exhibition curated by Brett Littman and Nova Benway at New York's The Drawing Center. September 27, 2013 - November 03, 2013