Few could have guessed, following the June 22nd, 2011 announcement that Bosnian manager Vahid Halilhodzic would take over coaching of the Algerian national football team, that Algeria would become one of the most popular and impressive football teams during the 2014 FIFA World Cup in Brazil. The Algerians played extraordinary football throughout the tournament, forcing the World Cup champion Germany into extra time during their match. Young, passionate and committed Algerian players and fans in Brazil won the hearts of the worldwide football audience. They were truly remarkable PR ambassadors for Algeria.

But it was not only them who received major international acclaim: Vahid Halilhodzic, a calm, charismatic, and superb football coach originally from Bosnia and Herzegovina received his plaudits as well. And it is not only football ties that these two countries share: they have had excellent business relations, before both countries plunged into devastating wars during the 1990s, a relationship that is picking up again.

Recently, the Algerian government announced a new action plan to build the country, to provide jobs for its growing population of 39 million. The government is listening and answering the demands of its people, building social housing and creating jobs for the poor. Caught in the middle of a dangerous post-Arab Spring turmoil in Libya and economically fragile Tunisia, with the long-lasting Western Sahara dispute with Morocco, Algeria is working hard to attract foreign companies to joint venture with local entities and engage in building the country. With the economy leaning heavily on the oil and gas industry, Algerians are more and more realizing that the heady times of a strong financial surplus deriving from oil and gas revenues will eventually come to an end. It is indeed a very smart move by the Algerian government to diversify their development programs to include agricultural, energy and infrastructure sectors. Algerian companies such as SONATRACH (petroleum), Sonelgaz (energy utilities), ETRHB (roads and bridge construction), BKL Industries (vinyl windows), AMIMER (electrical generators), and many others in various sectors including industrial agriculture, would be eager to partner in joint ventures with Bosnian companies able to bring capital and know-how to improve Algerian products and ensure self-sustenance and potential future exports of high value-added products other than petroleum.

Both Algeria and Bosnia and Herzegovina have been going through a transitional economic period, from a socialist command economy to more liberal and open markets. More private companies are emerging. Governments are providing incentives and support where possible. In 2009, then-Bosnian Foreign Minister Sven Alkalaj visited Algeria, where he met with his counterpart, Algerian Foreign Minister Mourad Medelci. An agreement on avoidance of double taxation was signed, along with a memorandum of cooperation between the two ministries. Both Medelci and Alkalaj concluded that stronger economic and business cooperation is desirable in the energy sector, engineering, pharmaceuticals, strategic infrastructure projects, tourism and the agriculture and food industries. During Minister Alkalaj's visit to Algeria as the first high-ranking diplomat from Bosnia and Herzegovina, the Algerian President Abdelaziz Bouteflika received him, voicing his support for building a strong relationship between the two countries.

Bosnia and Herzegovina: Capable and Compatible

Energoinvest, one of the finest Bosnian companies, has been working in Algeria since 1969 and in 2005 has registered a local company in Algiers called Energoinvest Algerie SARL. They have an impressive list of projects successfully completed with Sonelgaz in the energy sector, and will most certainly expand the scope of their activities. ZGP Sarajevo recently celebrated its 60th birthday with the impressive number of 3 million cubic meters of built-in concrete in various projects to include housing, bridges, and highways. Along with Euro-Asfalt, yet another Bosnian giant in the construction industry with offices in the United Arab Emirates, Libya, and Germany, experience and know-how is guaranteed.

Deling Tuzla, from its establishment in 1991 to the present day, has grown to become yet another leading regional engineering company in the Balkans. Established in Tuzla, the second largest city in Bosnia and Herzegovina, Deling Tuzla's leadership visited Algeria this October to discuss cooperation. IPSA, the Institute for high quality consulting and engineering, has global references in road, motorways, railway and intermodal transportation both in Europe and in Libya with more than 1000 km or railways, 700 km of roads and over 100 bridges designed. 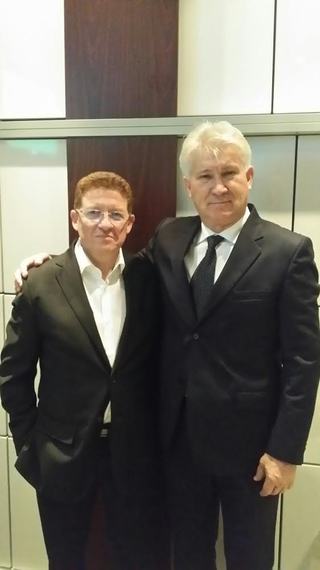 Diplomacy Expected to Pick Up

Erdal Trhulj, Minister of Energy, Mining and Industry of the Federation of Bosnia and Herzegovina, and Abdeslam Bouchouareb, Minister of Investment, Industry and Mines of Algeria, are expected to meet in the near future to discuss further steps to enhance cooperation between the two countries.

The gateway for mutually beneficial business cooperation is open, which has the potential in and of itself to become a major victory, one that will not bring the World Cup championship to either Algeria or Bosnia and Herzegovina, but something far more valuable - joint ventures that will create more jobs and the greater prosperity that both countries desperately need.