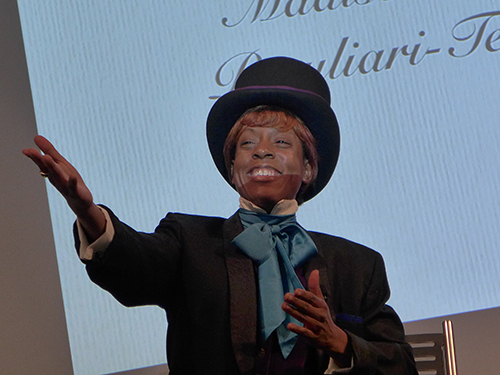 Alice150: Celebrating Wonderland will be a global festival beginning in early October 2015 to commemorate the 150th anniversary of the first publication of Alice's Adventures in Wonderland in 1865. 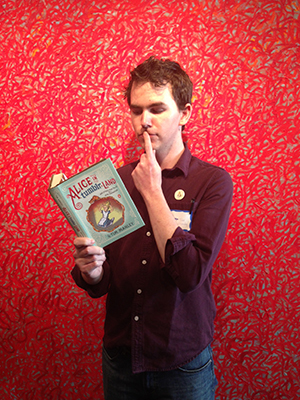 Author Tim Manley and his delightful book, Alice in Tumblr-land

The festival that The Lewis Carroll Society of North America (the LCSNA) has been preparing for the past six years is to be headquartered in New York, although exhibits are already being planned in places from Massachusetts (at Harvard University) to California. So wherever you are, you too can join in the Alice celebrations. "Although the book has never been out of the public eye," says Mark Burstein, President of the LCSNA, "we feel this event will spark a renewed interest by people of all ages in all cultures, by presenting remarkable views of the books in all their multifaceted glory." 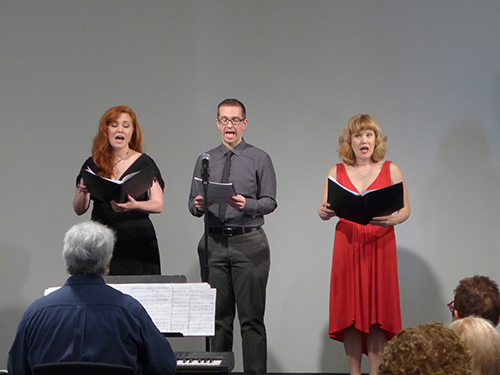 The LCSNA has a diverse membership composed of scholars, collectors, performing artists, and a wide variety of enthusiasts who share a passion for the Alice books and their author, Lewis Carroll. I attended the recent spring conference celebrating the Society's 40th anniversary. The audience enjoyed a rich and diverse collection of Alice inspired presentations from new and old creators including Dr. April Lynn James aka Madison Hatta, performing The Twinkle Bat Variations: A Work and Life in Progress; Mike Schneider discussing What Is the Use of a Book Without Pictures?: The Wordless Alice Project; author Tim Manley and his delightful book, Alice in tumblr-land; and author, cartoonist and comics historian Craig Yoe and his new book, Alice in Comicland. Composer Bruce Lazarus and his talented singers performed Carrolling: The Lewis Carroll Project, and poet Jessica Young spoke about her book Alice's Sister. It is quite amazing how the wonders of the Alice books are still inspiring artists 150 years after their first publication. 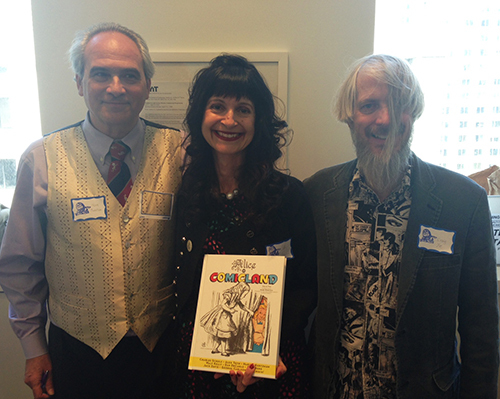 L to R: President of the LCSNA Mark Burstein with C. M. Rubin and Craig Yoe

So what can you do if you're an Alice fan and want to get involved in Alice150: Celebrating Wonderland? The LCSNA is inviting the public to participate in as many ways as creative people can come up with. If you own a store, why not plan a window display? If you're a member of an organization or an educator and wish to create your own original Alice150 event, why not do so but do let the LCSNA know so that they can promote your event on their website. Also, spread the word about Alice150 and plan to attend as many events as you can; and of course, bring your family and friends. Additionally, the LCSNA is currently seeking volunteers to help with communications, website design and management. You can email Joel Birenbaum or contact Alice150 on Facebook if you'd like to volunteer. Wherever you are in 2015, you can participate in Alice150: Celebrating Wonderland! 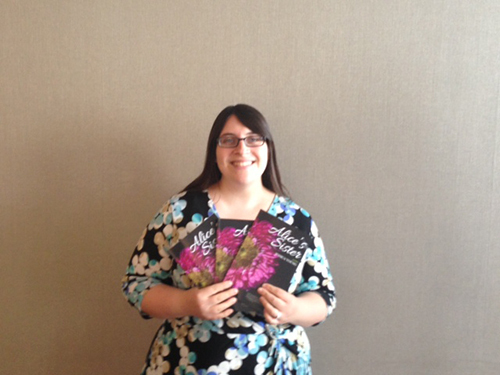 Photos are courtesy of The Lewis Carroll Society of North America and C. M. Rubin.