Iconic Los Angeles punk rocker Alice Bag (real name Alicia Velasquez) has never stopped creating art and music since the demise of her seminal band The Bags in the early days of the 1980s. She recently created a Kickstarter page to raise $8,500. The goal was to finance the recording and release of a vinyl album of material she has wanted to pursue in the studio for many years. The Kickstarter campaign (LINK) commenced on August 24th and was scheduled to run for one month. She needed less than a week to reach her goal.

I caught up with this living legend in the days following the success of the campaign, with a few days left to raise more funds to afford more material to be recorded.

Mat Gleason: After many many years being known as Alice Bag you are finally releasing a solo album as Alice Bag - why now?
ALICE BAG: I was approached by Phanie Diaz the drummer for Girl in a Coma and FEA to produce some songs for FEA. I started scouting out studios to record the group and in the process I realized that I really wanted to record my own songs as well.

MG: Can you name every band you have been - is it just a highlight reel in your mind or has it become a blur?
ALICE BAG: I can probably name most of them but it would bore you!

MG: Why vinyl?
ALICE BAG: I am sentimentally attached to vinyl. I still have records from my teens, I've grown accustomed to the warmth and sometimes scratchy sound. I didn't dream of making a CD or cassette tape, I always dreamed of vinyl. 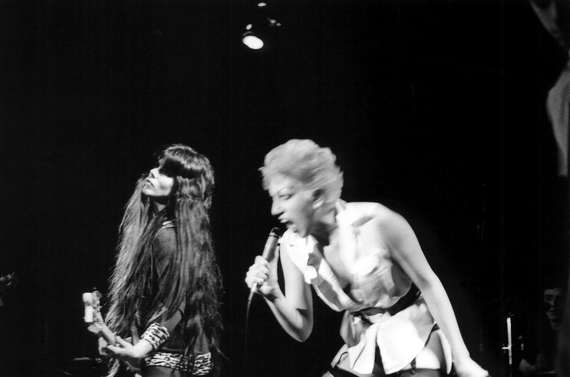 MG: Can you describe what you want the sound of your new record to be? Will we hear The Bags in it?
ALICE BAG: The Bags' distinct sound had a lot to do with what each person brought to the mix and as such that sound was unique to that lineup. If you want to know if there will be punk, then I say yes, let there be punk! There will also be other styles of music. For example, I'm recording a song that I originally wrote for Castration Squad and it has a goth-y feel. Another song feels like a weird marriage of rock and samba, weird in a good way. My record will have a good mix of screeching and strings.

MG: So you started a kickstarter campaign to raise money - what was your goal and how quickly did you reach it?
ALICE BAG: My Kickstarter goal was $8,500, a very modest amount to record and press an album. I tried to keep it bare bones because with Kickstarter it's all or nothing. If you don't make your goal, you can't collect on any of the pledges. I didn't anticipate the tremendous amount of support I would get.

I did a 30 day Kickstarter and surpassed my goal in 6 days.

I had serious reservations about using a crowdsourcing website because I didn't want to feel like a musical panhandler. I read Amanda Palmer's The Art of Asking and it sort of helped me see crowdsourcing as closer to busking than panhandling because there is a premium exchange involved but I was still not convinced until I had a long conversation with my friend, Quetzal, who described the experience as community building.

People made large pledges and one dollar pledges. I did a two dollar Tuesday special. I really wanted to engage people in the process of creating something together. I eventually understood what both Quetzal and Amanda were talking about. As I started reading and responding to the emails people sent with their pledges, I realized that the process of asking, receiving, and thanking fosters a more intimate, one to one connection between artist and audience that doesn't always happen at live shows and certainly doesn't happen in the way people typically consume recorded music. 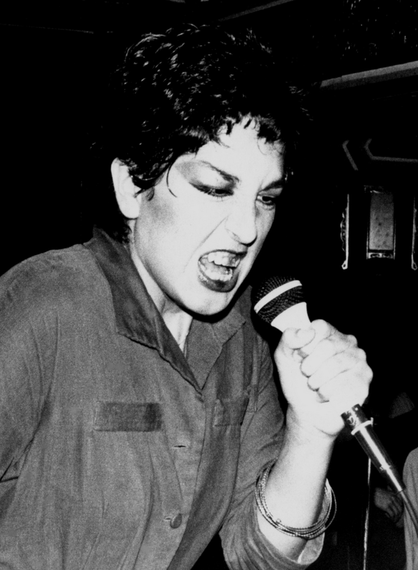 MG: I'm a fan of your art, You've had art up at my gallery and many other places, will your visual art grace your new album? Have you thought that far ahead?
ALICE BAG: Thank you! I wasn't planning on making my own cover art and truthfully I haven't thought that far ahead. I did put some of my paintings and sketches up as premiums and I was very happy to see them snapped up quickly. I'm definitely 100% focused on the music for the album at this point in the process.

MG: The Bags were featured in the film The Decline of Western Civilization, the most amazing punk documentary ever filmed, and yet, the Los Angeles punk scene was so dynamic back - were there any bands you wish now had been captured in it?
ALICE BAG: The Decline of Western Civilization introduced a lot of people to punk and it was hugely influential. I don't think the film's mission was ever to document the early L.A. Punk scene; if that had been the case I would have to call it an epic fail. I've been reading a lot of interviews from people involved with the film in different capacities since the DVD release of the documentary. It pisses me off to read unflattering comments about the early Hollywood scene, painting us as wannabes who were mimicking the English scene. I have to ask: where are the English Weirdos? Where are the English Screamers? The Go-Gos and The Slits couldn't be more different but both of them were groundbreaking on different continents. Don't try to minimize the importance of the early Hollywood scene by making false comparisons.

MG: Penelope Spheeris recently released her "Decline" trilogy in a boxed set - did you watch it or when was the last time you watched the Decline?
ALICE BAG: I've always had a tough time watching The Decline but that is mostly personal. My band was falling apart during that time and I think it shows. I went with some friends to see a double bill of The Decline and Desperate Teenage Love Dolls at a theater, maybe ten years ago. That was only the second time I'd seen the film and it was the first time I watched it all the way through. I walked out of the premiere...it was just too sad.

MG: Hardcore punk seemed to be a suburbanization of the original punk impulse, which was ethnically and politically diverse, had a strong female presence and was as queer as it was straight - was there a time when you felt the original punk scene you had known was dead and gone and do you lament what replaced it?
ALICE BAG: I think I felt that way around the time The Decline came out back in 1980 and if you'd asked me at that time, I would have said punk was dead. When our intimate little Hollywood punk scene ended I felt ready to walk away. I don't blame it on hardcore. I think that people who are very creative are naturally restless and crave constant reinvention. I was uninspired by the sameness I was starting to see at our shows so I started pushing in different directions. I don't lament what came after us, things are cyclical. It does bother me that people have been led to believe that punk is music created for and by white males. Punk's diverse roots are bound to come to the surface, I will shout it from the roof tops! 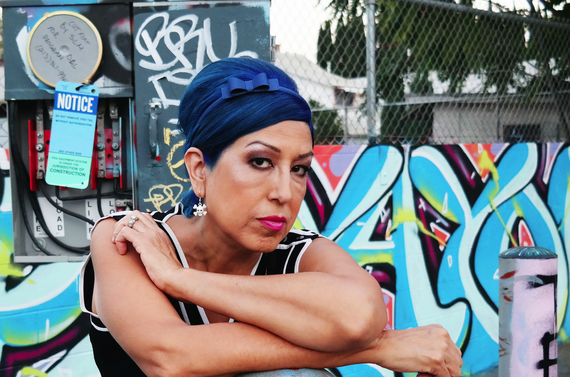 MG: Before the 1980 election, many punk bands in Los Angeles were fixed against Ronald Reagan. Any anti-Trump sentiments heading into 2016 in your new material?
ALICE BAG:I haven't written any songs about Trump, although the song "Little Hypocrite" was written for another Republican with similar views on immigration. I have a song about Monsanto called Poisoned Seed. When I was little, my parents took me to Disneyland and there was a ride called Adventure Thru Inner Space. Back in the 1960's, Americans like me were taught to worship the science of the future. We were sold on the Jetsons' vision of instant meals, created by technology. We had no idea that what started out as a good idea would give us insecticide-laden Frankenfoods and lead to a decline in seed diversity. You don't need to be a farmer or a scientist to grasp that diversity in nature is a good thing because survival favors diversity.

In Conclusion... Classy enough to thank Kickstarter contributors individually on her FaceBook page but cool enough to shrug off naming all of her accomplishments on the edge of the underground music scene for parts of five decades, Alice Bag is more than survivor: She is a thriver. In a movement that championed self-destruction and took so many of its greats early on, Alice Bag remains the punk pioneer who keeps on keeping on.

All photos copyright the listed photographers and used by permission.