Friends and family are in a state of shock and disbelief about the death of 32-year-old Alice Gruppioni, an Italian tourist who was fatally struck in a hit-and-run crash Saturday on the Venice boardwalk in Los Angeles, Calif.

Gruppioni, 32, was walking along the pedestrian-packed boardwalk with new husband Christian Casadei when a man drove a car into the crowd. Gruppioni was killed, while Casadei sustained minor injuries. Eleven other people also sustained injuries that ranged from minor to critical, reports the Associated Press.

Gruppioni and Casadei had just tied the knot July 20, according to Italian news agency LaPresse, and they were in Los Angeles on their honeymoon. According to Italian news site TGCOM24, Casadei expressed disbelief and confusion at the tragic turn of events. Casadei's statement, originally in Italian, was translated into English by The Huffington Post.

A tragedy, there is nothing more to add: we were walking around strolling, we were happy, on our honeymoon, and suddenly everything changed. I still can’t believe it and I can’t even remember how the chain of events unfolded, everything is very confusing.

Casadei was reportedly at Gruppioni's side when she died in a Los Angeles hospital, according to Italian newspaper La Republicca.

"It's as if Christian also died in the accident," added Gruppioni's cousin Francesca to Il Fatto Quotidiano, another Italian news site (translation to English by HuffPost).

Visiting California with her husband had been one of Gruppioni's dreams, her aunt told NBC4.

"She was robbed of her life while living her dream visit to California with her husband," Katia Gruppioni told NBC4 via text message. "This was a tremendous injustice. Alice was a remarkable young lady making her personal dreams come true."

Gruppioni is the daughter of Valerio Gruppioni, the president of Sira Group, a company that produces heating radiators. Alice Gruppioni had worked for the family business since she was 19, her aunt told NBC4.

Valerio Gruppioni was also the former president of a soccer team in Bologna, Italy. That team, Bologna F.C., sent their condolences to the Gruppioni family in a statement originally in Italian that was translated to English by The Huffington Post.

Alice Gruppioni, daughter of Valerio Gruppioni, former president of Bologna FC, died last night in a car accident in the United States. The current president of the soccer team, Albano Guaraldi, and the Bologna F.C. send their condolences to the whole family in this moment of unutterable pain.

While the Venice boardwalk is a major tourist attraction, it's also home to a tight-knit and eclectic community of restaurants, vendors and other oceanfront businesses.

In a show of support for Gruppioni and the other victims, the Candle Cafe, a restaurant on the boardwalk, is holding a fundraiser and vigil Monday for the victims of the crash, reports CBS Los Angeles.

Little is known about the motivations of 38-year-old Nathan Campbell, the man who turned himself into Santa Monica police on the evening of the hit-and-run crash. Court records show that Campbell, who used to live in Colorado, served time for shoplifting and trespassing, reports AP. He had also been evicted from his Denver apartment in 2012 when he didn't pay $665 in rent. Sources told the Los Angeles Times that he may have been living in his car in Los Angeles.

Chillingly, the one thing he wanted to know when he turned himself in was the number of people he had hurt, reports KTLA in the video above. Campbell is currently being held by police on $1 million bail on suspicion of murder. 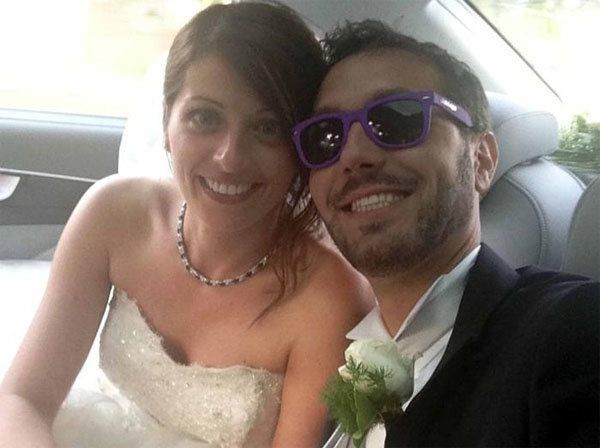 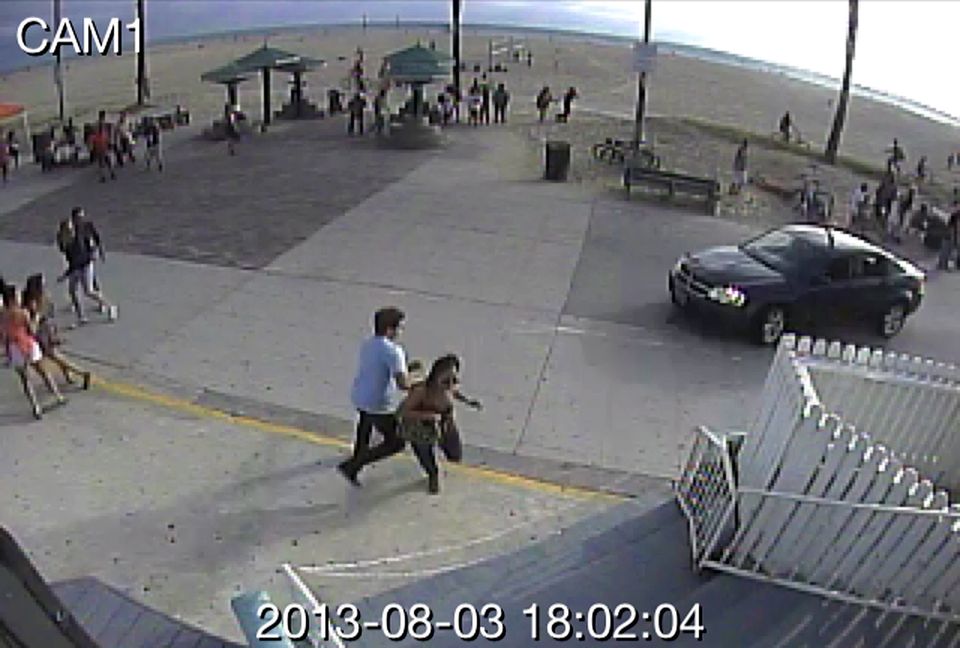 1 / 28
Saturday, Aug. 3: Security Cameras Capture Hit-And-Run
In this still frame made from security camera footage from Snapchat, Inc. headquarters, pedestrians scatter as a car drives through a packed afternoon crowd along the Venice Beach boardwalk in Los Angeles, Saturday, Aug. 3, 2013. A driver plowed into crowds at the Venice Beach boardwalk in a seemingly intentional hit-and-run that killed a woman and injured 11 others. (AP Photo/Snapchat Inc.)
AP