July 4, 1776 is known as American Independence Day, the day that commemorates the adoption of America's Declaration of Independence. It is the day on which 13 colonies from Maine to Georgia, (which today consist of Maine, Georgia, Delaware, Pennsylvania, New Jersey, Connecticut, Massachusetts, Maryland, South Carolina, North Carolina, New Hampshire, Virginia, New York, and Rhode Island) overcame many obstacles and finally declared their freedom from the Kingdom of Great Britain.

On this most beloved of national holidays, wherever you happen to be, you will see patriots participating in picnics, arts and crafts events, barbecues, carnivals, fireworks, parades, sporting events and many other public and private events as they celebrate the significance of this important day in the history of the United States.

While some argue that July 4 is not in fact the actual day that the Declaration of Independence was signed, no one denies the bigger significance -- 13 states declared themselves Free. Freedom at last from British rule. Freedom to start anew. Freedom to pursue life and happiness inspired by Thomas Jefferson's eloquent words that the first all important step forward had been made. Many years later, Jefferson wrote that the Declaration of Independence was "intended to be an expression of the American mind, and to give to that expression the proper tone and spirit called for by the occasion." I also imagine the colonists thinking, much like Alice in Wonderland might have wondered in her time, "Which way from here?"

July 4, 1862 is also known to many as Alice in Wonderland Day, the day that commemorates Lewis Carroll's first telling of the famous children's story to his young inspiration, Alice Liddell. It is the day on which Carroll sent his child friend Alice down a rabbit hole in his far-fetched tale, Alice's Adventures in Wonderland. During the course of her journey, Alice finds the courage to overcome the strange, often intimidating characters she meets in the kingdom of Wonderland, realizing they are just ridiculous obstacles in her path. 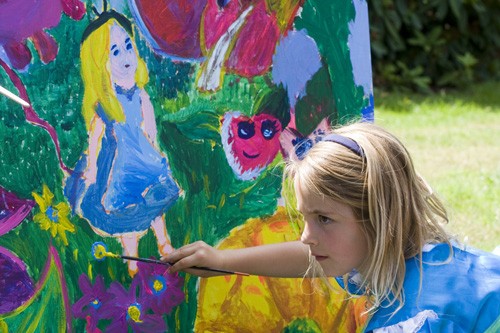 Some years ago, the Story Museum in Oxford, England created an annual event to celebrate the birthday of this most beloved of children's stories either on July 4 or close to the date. If you happen to be in Oxford, England for what is called Alice's Day, you will see Alice in Wonderland fans participating in picnics, arts and crafts events, barbecues, theater workshops and many other creative events as they celebrate the significance of this important date in the history of English literature.

While some argue that July 4 is not in fact the first time Carroll told the story to Alice Liddell, it is hard to deny the bigger significance of this day in her life. Carroll created the story to free his heroine. In an age when neither children nor educated young women had social rights, Carroll's fantastical story provided the first all important clues to the way Alice might claim her freedom. Many, many years later when the President of Columbia University publicly honored Alice Liddell with an honorary doctorate, acknowledging her as "the moving cause of this truly noteworthy contribution to English literature," I believe Alice had come to fully understand the meaning of freedom. In her moving acceptance speech she remarked, "I love to think, however unworthy I am, that Mr. Dodgson -- Lewis Carroll -- knows and rejoices with me now." 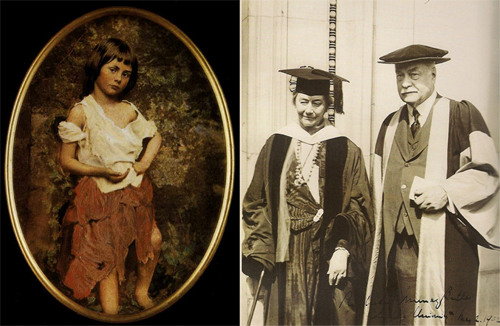 And so, "Which way from here?" All that remains to be said is in the pictures and in this updated sentiment, originally expressed by the Virginia Gazette (with my thanks). "Thus may the 4th of July, that glorious and ever memorable day, be celebrated through America and England, by the sons and daughters of freedom, from age to age till time shall be no more. Amen, and Amen."