What looks like Richmond, Fey's daughter with "30 Rock" executive producer Jeff Richmond, appeared in a flashback cut as young Liz Lemon at a wedding, rolling her eyes.

See what could be a mother and daughter side-by-side below and watch the full episode. 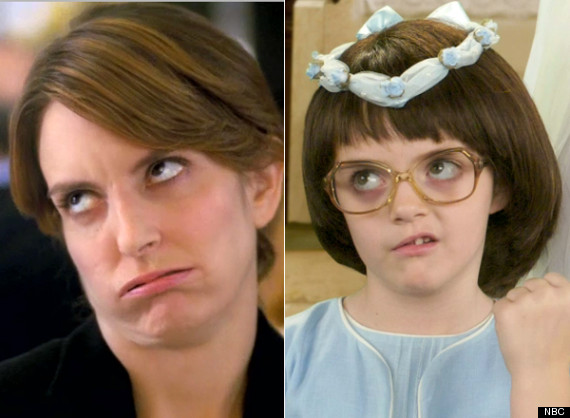