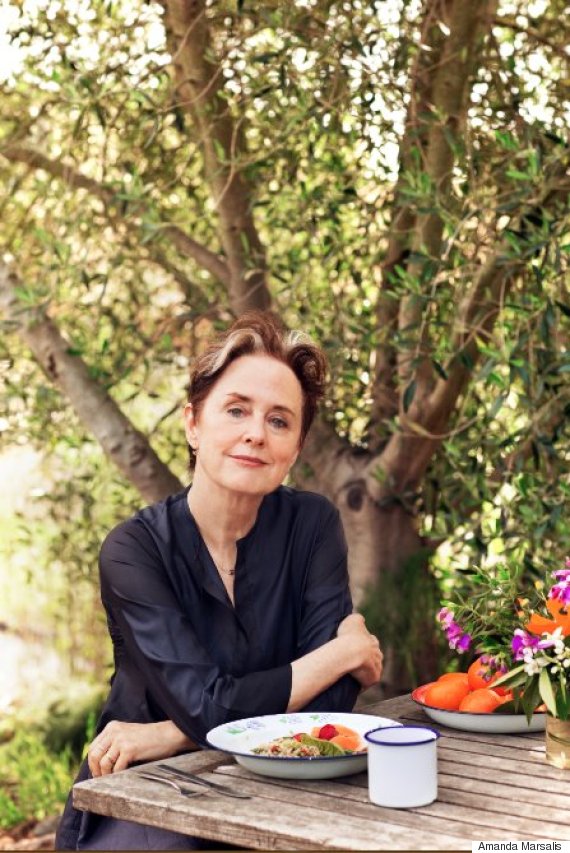 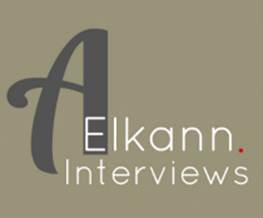 Alain Elkann sat down with chef Alice Waters at the American Academy in Rome to discuss slow food and values.

Alice Waters, at what stage of your life do you feel you are?

During your life and work did you have to fight in order to achieve your purposes?

I never did. Because I was looking for the place of pleasure, I was trying to win people over by good taste, by good cooking and hospitality, by friendship.

Was it difficult in 1971 when you first opened your restaurant Chez Panisse to convince your father to give you $10,000 to start it?

No, he wanted to help me. He always believed in me and you know I was part of the counterculture of America at the time. I was empowered because I was in Berkeley that was a center. I thought my restaurant would be successful. It never occurred to me that it may not be.

You were not interested in financial success at the beginning?

You were first inspired by the French culture, and then you became very close to the Carlo Petrini Slow Food movement.I think what is really important is that I went to France when I was 19. At that time it was a slow food culture.

What does it mean a slow food culture?

I believe that we are what we eat. When we eat fast food we adopt the value culture of cheap and easy. We are digesting the values of dead food and it changes our values. So we value things differently, and want all our lifestyles fast, cheap and easy. In France I used to go to the market twice a day. Children were going home for lunch. You waited in line for a half baguette. Students had free passes to museums. One felt that education was important. All of this is slow food culture in my mind. Then the French changed and became fast food, so I came to Italy.

"When we eat fast food we adopt the value culture of cheap and easy."

I came 30 years ago. I went to Tuscany and then I met Carlo Petrini. Chez Panisse has always been a slow food restaurant, I just did not know it. 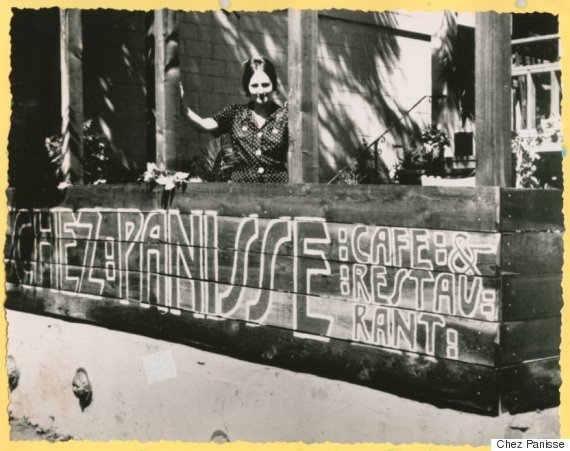 Alice Waters on the day the restaurant opened.

Chez Panisse is considered one of the best American restaurants. What is your secret?

I was always looking for taste. When I was in France I always wanted fraises des bois. I wanted them for Chez Panisse. I was on a search for taste and then I found the organic farmers who were growing food for flavor.

They say that somehow you invented the American cuisine. What kind of cuisine is it?

I don't think we have invented anything. We just came back to a philosophy of the past that has been part of civilization since the beginning of time. Eating local products, eating seasonally, eating with friends and family, taking care of the land for the future, celebrating the harvest.

We not only live in a world of fast food, but also of diet obsession?

Diet obsession comes from a disconnection from food and nature, and it comes from an indoctrinated addiction to fast food.

Do you believe in dieting?

How should one eat?

We have to find a balance. I think more grains, fresh fruit, vegetables. I am very interested in the Mediterranean diet and the food of the Middle East. I think that we are imprisoned by the fast food culture that tells us it's OK to eat. It is about portion sizes. There is more in fast food, more and cheap is better. It is a strong message.

But what is the Slow Food message?

Less and better is more. A reasonable amount, and affordable. When something is cheap somebody has not been paid, and usually it is the farmer.

What about the ingredients?

I think ingredients and their purity is the most important thing. I want to know what the animal is eating, exactly. No additives, no antibiotics. I want my food to be grown and raised harmoniously. Nature is our mother and teacher.

Exercise is important, exercise in nature. For instance, I walk every day and sometimes I do a little yoga exercise.

You are at the American Academy in Rome where you just gave an award to Carlo Petrini. What does he represent for you? Of course you are the vice president of the Slow Food movement.

He represents a set of values that I think are essential for our survival on the planet. He is uncompromising.

The movement became quite important over the years?

Yes, we are now in 156 countries and I think the reason it is so successful is because it is using pleasure to bring people back to their understanding ideas like sustainability and biodiversity by feeding them. I am a Montessori teacher and I believe we learn by doing. There is no real book for this revolution.

That's why you created a restaurant, Chez Panisse in Berkeley?

I was frustrated with traditional politics and I always wanted to feed peoples' ideas. 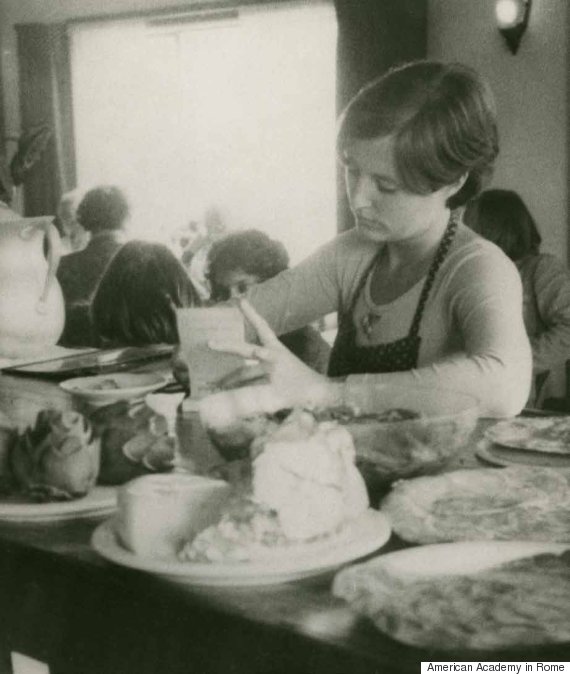 Alice as a waitress.

You also tried to create as many orchards as possible? For instance, since 2008 you created an orchard at the American Academy.

It is the Rome Sustainable Food Project. It is a group of artists and scholars who eat lunch and dinner here, they eat at long tables together, and the idea of this institution was to exchange ideas, but nobody came because the food was not good. When finally they wanted to change the food, they asked me to do it. I said I was keen to do it all the way or not at all. They said all the way. I found an amazing Italian farmer and an American cook. The farmer interviewed us to know if we were good enough to cook.

Is it a different food from the one you serve at Chez Panisse?

More things in Italy taste better because they have been testing seeds for 300 years. Americans have been growing for quantity rather than flavor. We make mozzarella, but it never tastes like in Italy because of the animals and what they eat.

Is there something that instead is more special in America?

Our bread sometimes in some places, and we have wonderful garlic. I think we are understanding about meat. We are just learning. I think I know a lot about lamb because we were working on it for over 40 years. The best chickens are in Europe, especially in France. We have succeeded with fruits, we have fantastic peaches, plums, oranges, mulberries, lemons, grapefruit.

You wrote 13 books. What are they about?

They are really work in progress. They try to explain what we are learning as we continue the restaurant. In the last book I wrote, "The Art of Simple Food II," I put a manifesto at the beginning. The first line says "Treasure the Farmer" and there are many techniques on planting a home vegetable garden.

What vegetable garden did you suggest to Michelle Obama for the White House?

I wanted her to make a vegetable garden on the front lawn. She chose the back garden and she made it with schoolchildren, a beautiful and important idea. We need vegetable gardens in public places. The mayor of Rome gave us permission to make a permanent garden between steps going down to the Forum, but we didn't do it; it was an inspiration of the moment.

And what about the Vatican?

We visited the gardens with Carlo Petrini and we talked about it, and Pope Francis wants to use Vatican land to feed people and I hope it will happen. 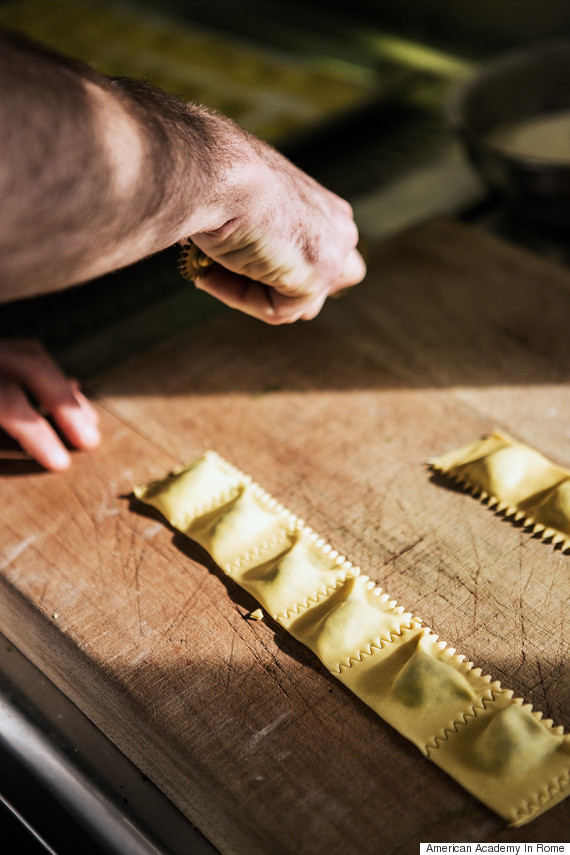 What was on your menu for the McKim Medal Gala dinner at the American Academy last week (June 3) where Paolo Sorrentino, the film director, and Carlo Petrini are being honored?

All foods that are part of our project at the Academy. We have little fennel cakes, roast asparagus, crostini with wild chard, a special kind of prosciutto, slow roasted almonds, ricotta ravioli with little tomato and basil, spring lamb with farro, with pine nuts, raisins, spring salad, baked apricots with honey ice cream.

Are you still cooking?

I am still cooking at home, but not at Chez Panisse.

Why?Because I am traveling the world and talking about the ideas of Slow Food. I miss cooking in the restaurant, but for 20 years I have been working on the Edible Schoolyard project. We have schools all over the world. Since we started food has become a major issue in our society.

Did you imagine this?

I always have imagined food to be the answer. The way to solve the problems is through food. Problems of health, poverty, global warming, wars. Edible education is to teach children the essential values of sustainability, nourishment and communication. I believe that the whole world has to be educated. Every decision we make is a very political decision. If we change the way we eat, we will have tremendous effect. We should all be able to cook. Finding ingredients is 85-90 percent of cooking, but it is easy to cook.