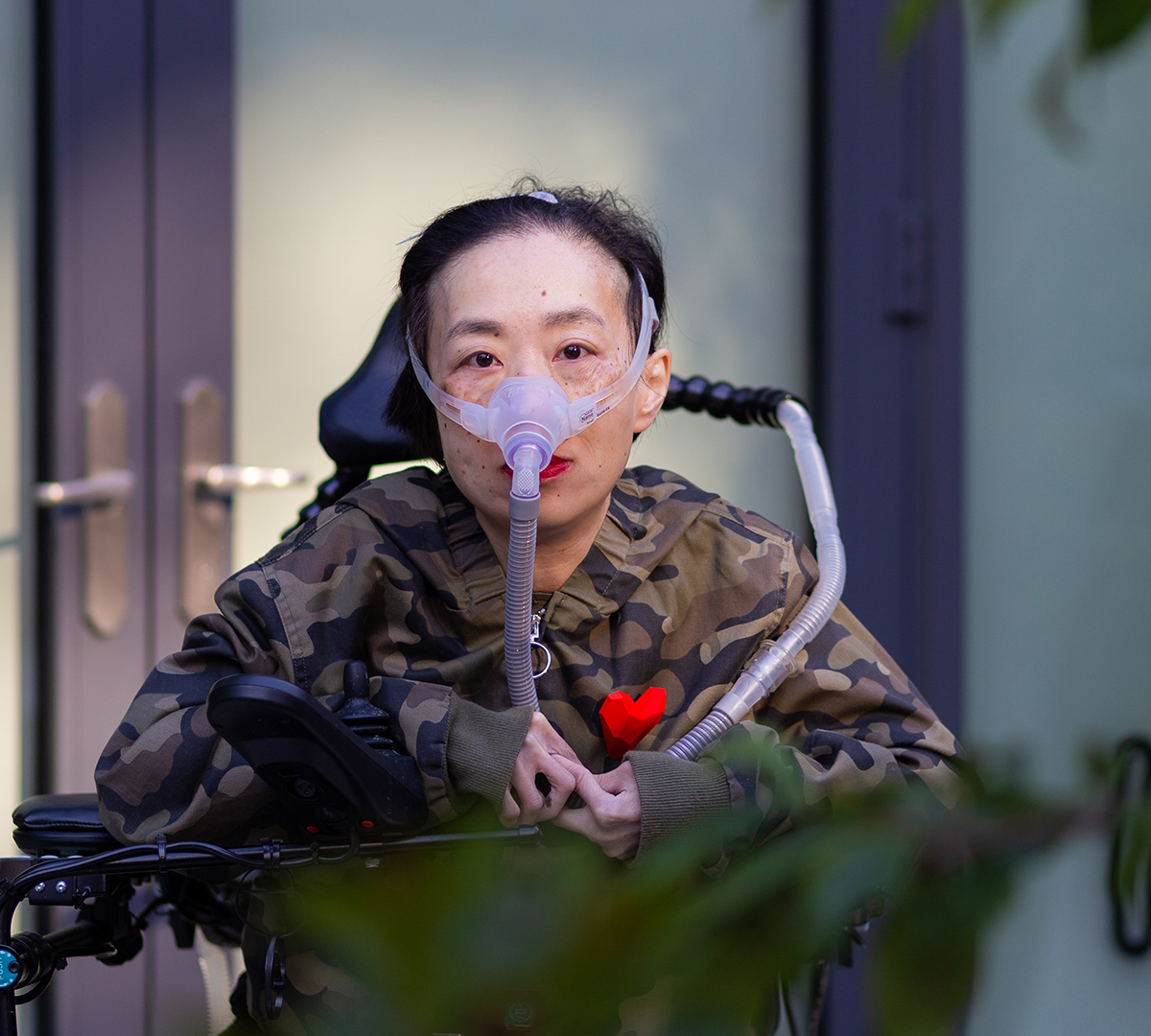 “I want to create a world that is reflective of all of us,” the disability activist said.

Alice Wong doesn’t want to take up a whole lot of space. Instead, she wants to create it. And for the better part of the last decade, she has.

“I’m very mindful of making sure that I don’t take up that much space — that it’s not just about me, me, me,” the 47-year-old disability activist told HuffPost. “I really want to ensure that other people have the spotlight and amplify the work of other people. That’s what gives me joy.”

Wong, who is based in San Francisco, is perhaps best known for launching the Disability Visibility Project, an online community that amplifies disability media and culture. It began as a partnership with StoryCorps that gives disabled people the opportunity to record their own oral histories. The project is now going on its seventh year.

But that’s just the tip of the iceberg. She has published two anthologies featuring dozens of essays written by people with disabilities. She is a co-partner with #CripTheVote, a nonpartisan online movement that engages disabled people in politics and policymaking. During the 2020 presidential election, she co-organized and moderated Twitter town halls with Democratic candidates Pete Buttigieg and Sen. Elizabeth Warren (D-Mass.).

Wong has well over 100,000 followers across her social media channels. She uses her platforms to regularly boost other people in the disability community — always keeping intersectionality in mind. She is known to have turned down media interviews, instead recommending other disabled activists of color who might not otherwise get the chance to speak to reporters.

“I’m just trying to be one of many people to try and help create a world that’s filled with our culture,” said Wong, a former Obama adviser who served on the National Council on Disability for two years.

2020 was a particularly culminating year for Wong, who was named one of the BBC’s 100 Women, alongside the likes of Michelle Yeoh and Jane Fonda, and featured on her very own British Vogue cover for its September issue themed around “The Faces of Hope.” Her memoir, “Year of the Tiger,” is forthcoming in 2022 from Vintage Books and chronicles her life as a disabled Chinese American activist.

A daughter of Hong Kong immigrants, Wong was born and raised in Indianapolis. Growing up with a neuromuscular disability and two younger sisters, Wong said she didn’t have a choice but to be an advocate for herself and her family. 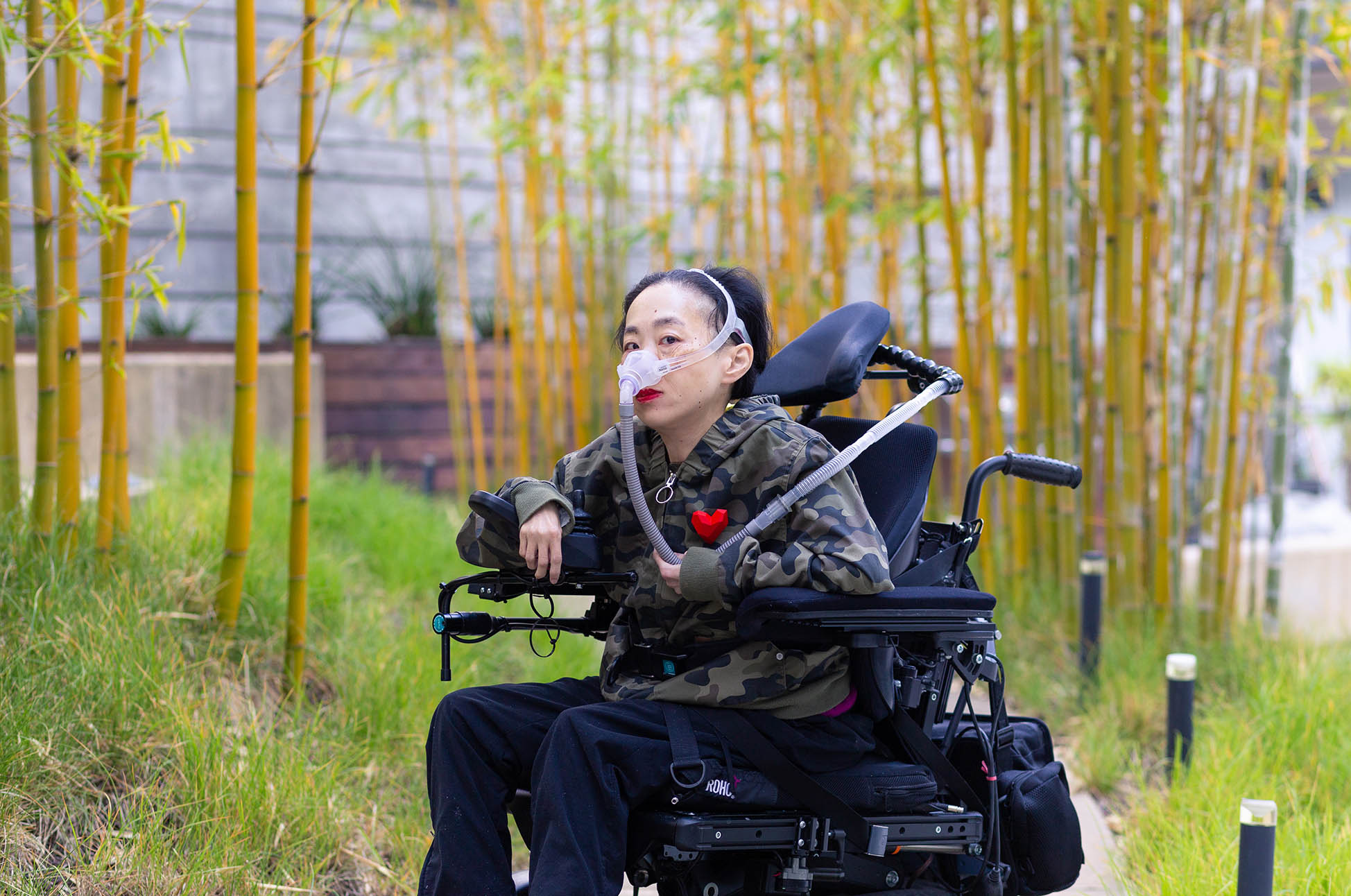 Alice Wong’s work cuts across politics, health care, Asian American affairs, media and entertainment. It’s hard to name a facet of disability activism that Wong hasn’t been a part of in some way.

“Growing up, I really stuck out,” said Wong, who uses a power wheelchair and a BiPAP machine, a type of ventilator. “I was almost always the one physically disabled kid in the classroom, and almost always one of maybe just a few Asian Americans. So there were never any spaces that reflected me.”

Wong was often surrounded by other kids who didn’t understand her disability and, when she wasn’t in school, by doctors. She grappled with internalized racism and the “feeling of wanting to blend in, wanting to just be invisible in a lot of ways, because I was so painfully visible.”

“There was a lot to unpack in terms of slowly becoming comfortable in my own skin, both literally in my own skin as an Asian American and as a disabled person,” Wong said.

Inaccessibility and disability stigma exacerbated her feelings of insecurity and the difficulties in advocating for her needs — something that Wong worries about for today’s young people.

“I think a lot about how disabled students go through processes where they have to make things better for themselves, but how do you change the institutions so that the next coming groups of students with disabilities don’t have to fight as hard?” she said. “There was a lot that I went through that I really wish future students don’t ever have to go through this or have to work as hard.”

It wasn’t until her early 20s that Wong became, in her words, “more politicized.” She studied English and sociology at Indiana University, where a professor introduced her to a renowned disabled historian and activist named Paul K. Longmore. The historic Americans With Disabilities Act had passed just a few years earlier, banning discrimination against disabled people and leading to greater disability inclusion nationwide. Wong started reading works by disabled scholars and learning disability history, such as the independent living movement in Berkeley, California.

“I realized that it’s not just about me and making my life better, but it’s about how we change things systemically,” Wong said.

Longmore, who back then worked at San Francisco State University, gave Wong the encouragement she needed to move out to the West Coast to pursue a master’s degree in medical sociology.

When Wong moved to the Bay Area in the late 1990s, she experienced a major shift in the culture and mindset around disability. It was easier to ask for assistance, and people with many different types of disabilities seemed to be everywhere.

“The first time I took a ride on an accessible subway, that blew my mind. I was like, ‘Oh, my God! This is so awesome,’” she said. “It was a real sense of freedom, a sense of the world opening up to me.”

Her career in disability advocacy blossomed over the next decade as she worked with institutions such as the Community Living Policy Center, housed under the University of California, San Francisco. She also served as a board member of the San Francisco IHSS Public Authority and Asians and Pacific Islanders with Disabilities of California. In 2013, she caught the attention of the Obama administration and her influence reached a national level.

Today, Wong’s work cuts across politics, health care, Asian American affairs, media and entertainment. It’s hard to name a facet of disability activism that Wong hasn’t been a part of in some way. Over the years, she’s seen how the disability rights movement has progressed — more young people are embracing disability pride now, and finding community is more accessible thanks to the internet.

But many of the biggest issues facing disabled people of color — particularly Asian Americans — still remain, the advocate said, citing the ongoing anti-Asian hate attacks and the COVID-19 pandemic, which has disproportionately killed people with disabilities. The pandemic has only served to illuminate issues that already existed, like the fact that accommodations such as remote work only recently became widely available even though disabled people have fought for them for decades, and the reality that anti-Asian hate is deeply rooted in the fabric of America.

“The fact that people are suddenly realizing that anti-Asian sentiments exist and violence exists toward Asian Americans is really sad, in the sense that people don’t know their history,” Wong said, noting how the 1982 murder of Vincent Chin ignited a wave of Asian American activism. “We are just not believed until something like a mass murder happens. That, to me, is the real tragedy.”

Instead of the same “thoughts and prayers,” Wong said she wants to see those words turn into actions. That means passing gun control legislation and greater protections against hate incidents. It means leaders in every social justice movement must recognize those who are marginalized in their community and give them the platform, resources and decision-making power to effect change. And it means ensuring that a community is welcoming and supportive to everyone.

“Everybody’s on their own journey,” said Wong, who is also a board member of 18 Million Rising, an Asian American digital advocacy group. “I think to say that ‘I’m an activist,’ I don’t think it’s a requirement to be loud or proud, because there should be a lot of different ways to be an advocate, whether it’s behind-the-scenes stuff that people just don’t notice, which I think is absolutely just as valid, too.”

For Wong, being both Chinese American and disabled is integral to her identity — there’s no separating the two. Oftentimes, though, she is the only disabled Asian woman in the room.

“I don’t want to be a unicorn,” Wong said. “I hope that there are more of us and that people don’t extract our experiences just to educate themselves. It’s more about valuing us as who we are.”

In April, Wong announced that she would be discontinuing her widely popular podcast after the release of her 100th episode. Dozens of people in the disability community thanked Wong for the episodes covering disability politics, media and intersectionality, calling the bittersweet news “the end of an era” and “a loss to disability culture.”

Wong said she made the decision in order to make space for other disabled podcasters and so she could move on to new fulfilling projects. She emphasized the importance of setting boundaries and being mindful of what brings us joy, saying, “We should always question why we’re doing what we’re doing, and that sometimes it’s OK to end something. That we don’t have to do something just because people like it.”

Besides her upcoming memoir, Wong said she’s working on two “secret” projects and hopes to do more. With every new project, she asks herself: “What could I do that adds to our culture?” and “Am I the right person to do it?”

Her goal with everything that she does is to celebrate the disability community in all of its forms and complexities.

“I want to create a world that is reflective of all of us,” she said. “This is my life’s work.” 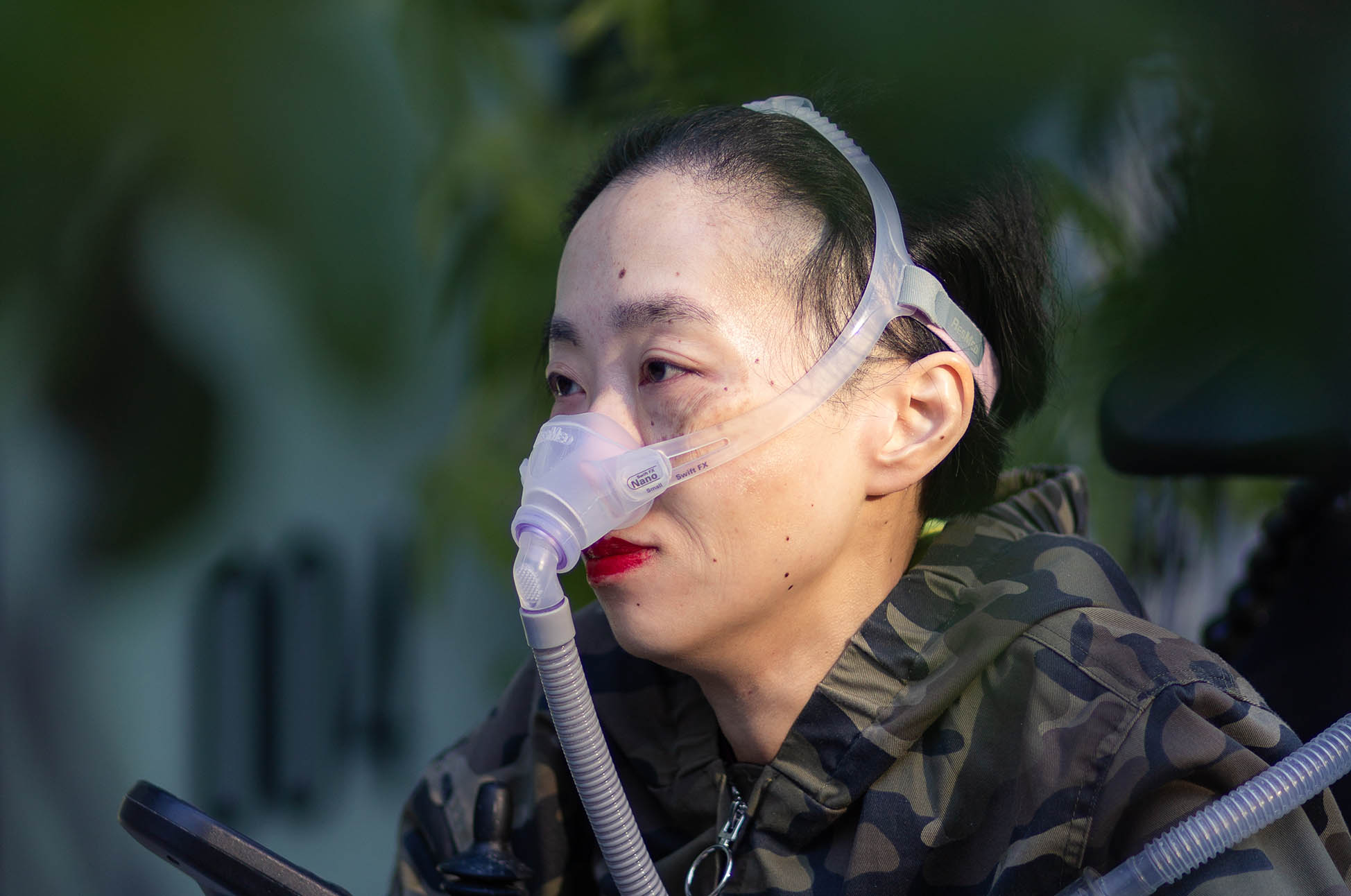 “I don’t want to be a unicorn,” Wong said. “I hope that there are more of us and that people don’t extract our experiences just to educate themselves.”