California, like New York, is a space rife with myth. Both sites, in contrast to most other U.S. states, aren't places to be from, they're places to go. What connects its citizens isn't roots or tradition but taste, dreams and a particular vision of the future. Those of us on the West Coast sometimes call it California dreaming.

Now take that term and all the The Mamas & The Papas associations that came along with it, and strip away any sense of preciousness, naivety and fauxhemia. When all you have left is that strange shapeless thing that brought you here (or kept you here), we imagine it might look something like this: 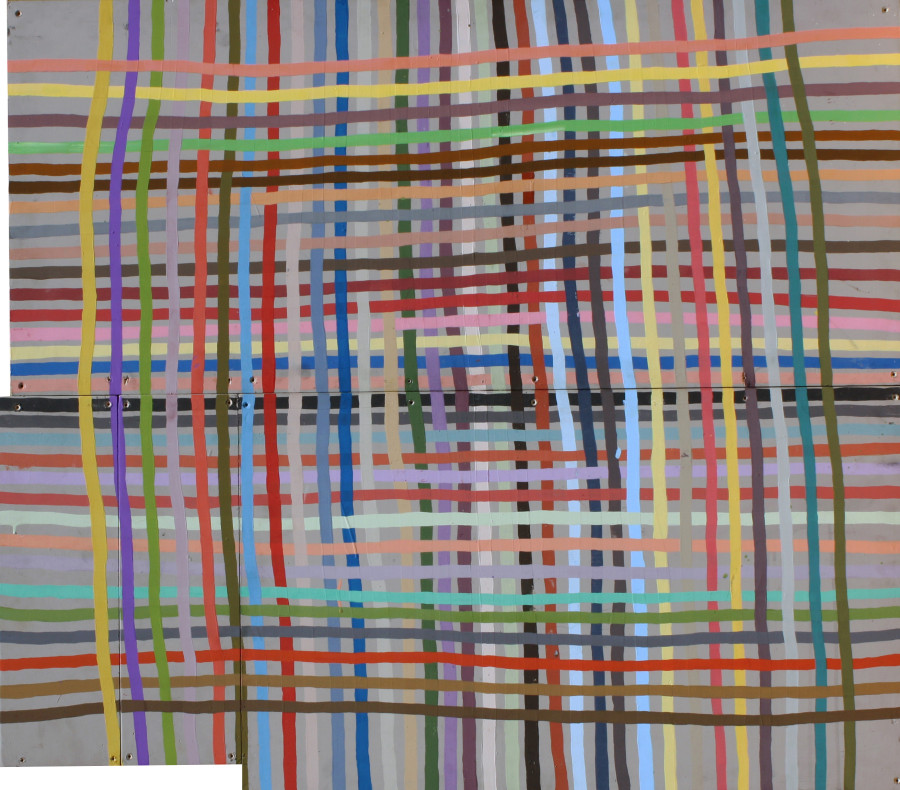 And then there's Jenny Sharaf, a 2013 MFA grad of Mills College, born in Los Angeles and now based in San Francisco. McCarthy works in muted tones while Sharaf prefers wild, drippy neons. McCarthy works at a slow, meditative pace, letting every quiver and minor human error make its mark on the page. Sharaf prefers the rush, inviting her paints to ooze and melt on their own volition. McCarthy seems unselfconscious in her art-making while Sharaf dissects the role of the female artist even in abstraction.

McCarthy and Sharaf met around a year ago and soon became friends, bonding over a mutual love of Joan Brown, a legendary yet still under-recognized Bay Area woman painter. Sharaf was working at Brown's estate when they met. McCarthy and Sharaf's subsequent joint exhibition buzzes and hums with the various paces and hues of the California landscape. Both artists work with pattern, repetition and accessible materials. McCarthy with the patient contemplation some may call "zen," but without any of the obnoxious undertones. Her crayon images work so softly and slowly they almost feel already forgotten, echoing the sentiments often spread about the quickly gentrifying Bay. Sharaf lets SoCal influence trickle into her canvases, the melting displays capturing the strange space where neon billboards and flashing TV screens meet psychedelia. 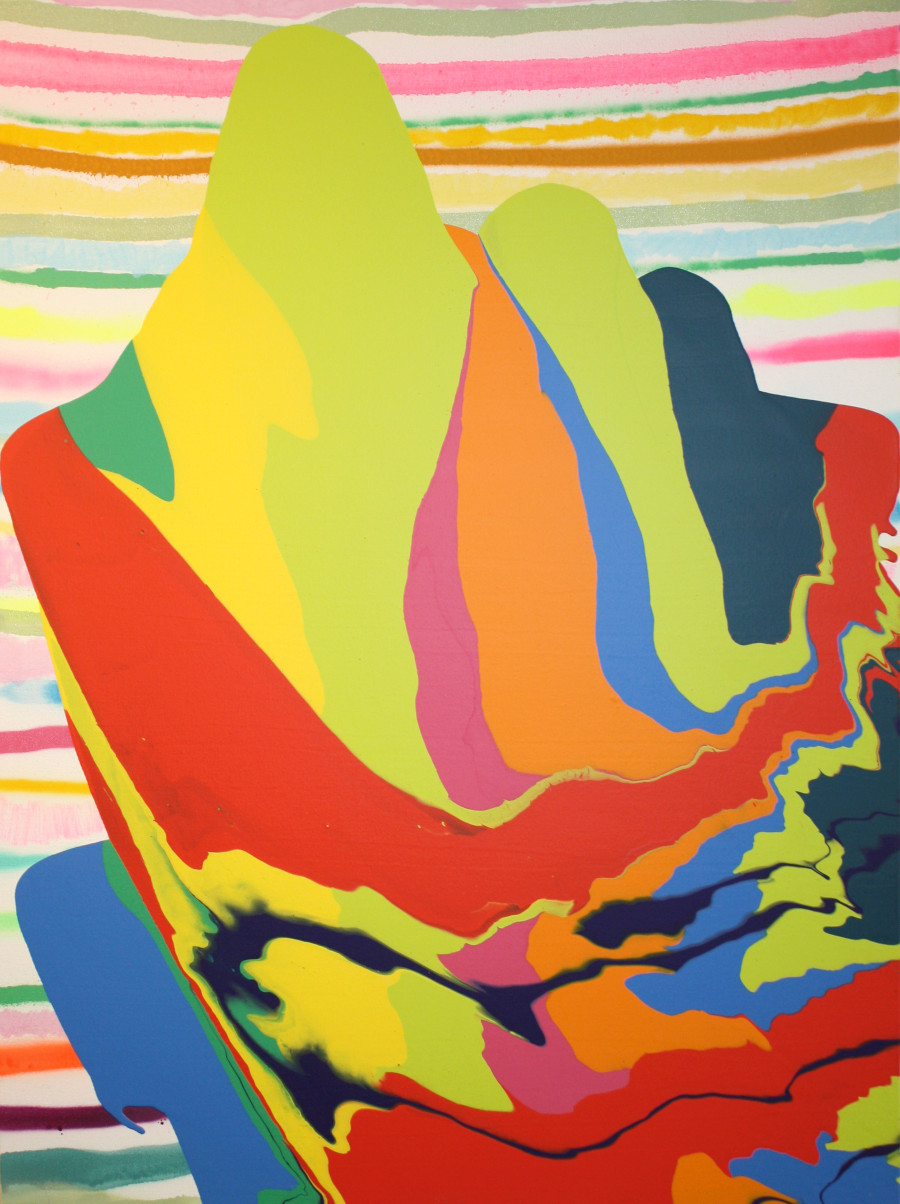 "Normally my work can be a lot more colorful," McCarthy explained to The Huffington Post, "and right now I'm really into graphite and this pencil -- that of course I can't find anywhere on the planet." Another California perk, both artists are wonderfully unpretentious. "It's actually an indelible ink pencil that comes onto the wood or paper looking like graphite but as soon as the moisture from your hand touches it it turns blue. It's interesting how, subconsciously, my work is very color-free in this show. It wasn't anything deliberate but it turned out looking that way. I think my work and Jenny's work would have been competing more because hers is so hyper-color based."

Sharaf expressed a similar sentiment. "Her series that she made for this show is pretty muted compared to what I had," she explained. "We thought they really complemented each other from vantage points across the room. But we're both working with the grid, and we share a love for gesture and mark-making."

The two also express an interest in accessible materials. Sharaf opts for craft paint from Michael's and spray paint, while McCarthy selects even less traditional materials like house paint and found wood. "I think my draw to those materials is two-fold. One, it's slightly economic. There's also another element of accessibility in using materials that are far more accessible to non-artists or people who might have assumptions about painting. My motto is use whatever I have. As far as surfaces that I use, I'd say 99% of them are found. The idea of working on a white canvas, there's nothing really that excites me about that. But it's not like I just pick anything up off the street. It might seem kind of haphazard but there is a real deliberation, at least in my mind." 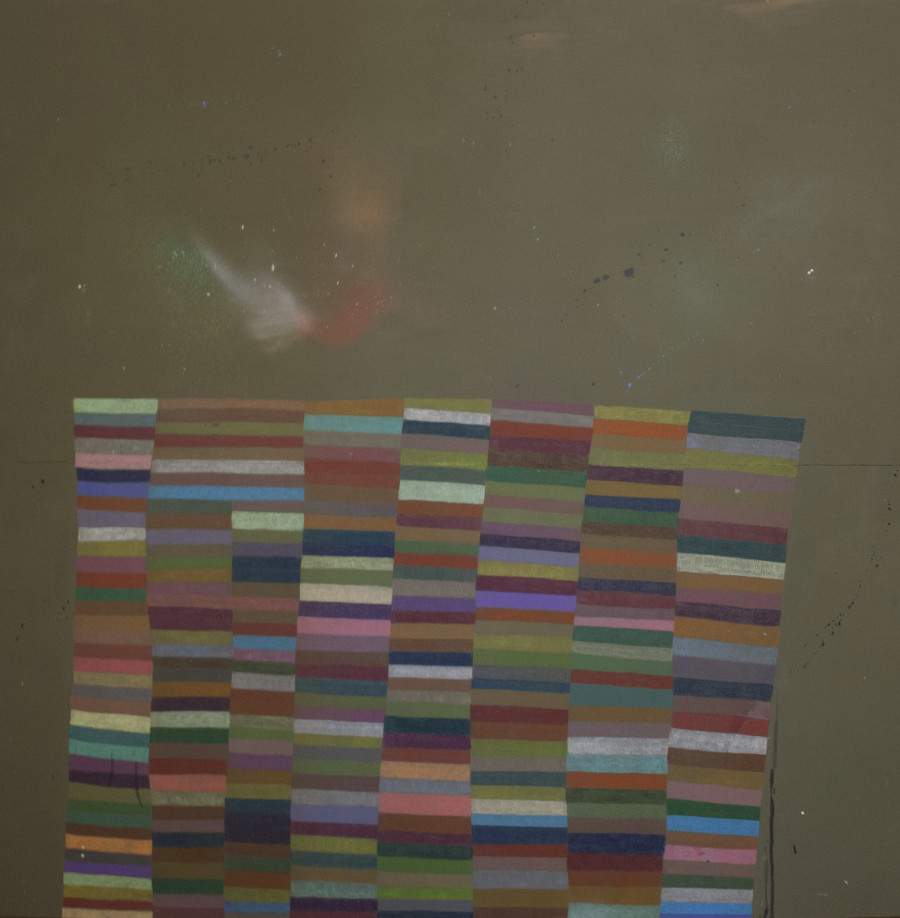 McCarthy seems to embody a kind of artistic ideal that's not often found in real life. Her work is soft-spoken yet punk, handmade yet never sweet, as elegant as Ellsworth Kelly, as faithful as a third grader. Her new crayon works, she says, "came out of a technique that I learned in elementary school." Most importantly, over twenty years after rising to fame in the San Francisco art world, she remains as devoted to artistic accessibility as ever.

"I think the work dismantles ideas of preciousness within the art world, and these constructed value systems of what is valuable, what isn't... The innate elitism of the art world is something that's bothered me mainly because I have a lot of friends that can't afford to go to these spaces or feel outside of them. Once I start showing my work it seems very bizarre that my closest people wouldn't be able to see it. Who goes in these spaces and who doesn't. So I think it's more of an aesthetic politicism."

Not too surprisingly, McCarthy doesn't spend much time dwelling on the widely accepted practices of the artistic elite. "People get angry and get personally critical of me for hammering through my work. I generally hammer nails right through the wood into the wall. That more came out of the fact that I was always working right up to the last minute and it was like whatever I have to do to get the fucking thing on the wall."

The Mission School's hanging style, the roughness and immediacy of it all, appealed to Sharaf. McCarthy refused the term mentor -- "it's more balanced than that"-- explaining instead: "We're friends, but of a different generation, she's a lot younger than me." 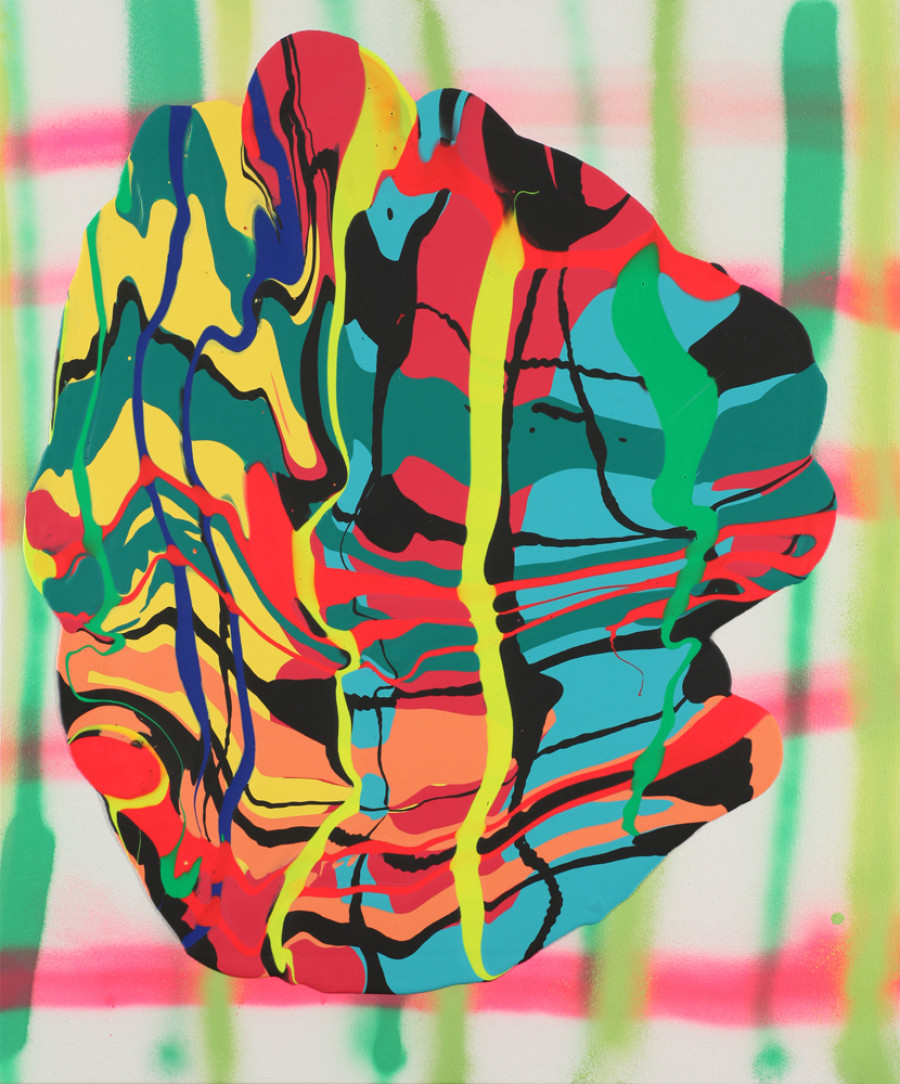 Many of Sharaf's works deal directly with California and its relationship to femininity, as babe-ish blondes are warped, collaged and picked apart in her digital works. Her paintings, infinitely more abstract, capture more of the California rush -- that place where shallowness meets spirituality. Yet she remains consumed by the idea of the Cali artist, both in her work and in herself.

"I think that I was attracted to the California artists more than the New York school because they seem to have more fun and seem to be a little bit more loose and carefree with their identities as well," she explained. "The Abstract Expressionists all wore suits and their California counterparts weren't doing that stuff, they were more like in the vein of a rock star. I'm very interested in the artist identity and how it plays out right in popular culture right now. Artists are very interesting people and identity is part of their practice at this point. It's sort of unavoidable."

The New York art scene, or at least a stereotypical rendering of it, isn't difficult to imagine -- little black dresses, no room to breathe, so much white wine. California leaves a little more wiggle room. What the sunny state offers isn't all good or all bad -- there's the space, the mirrors, the loneliness, the ocean, the cars, and an art scene continually in flux. The mythology of the California female artist doesn't yet have a defined shape -- Sharaf thinks about it a lot, McCarthy not so much -- but their joint exhibition presents a beautiful possibility.