Authorities are hoping a reward offer will bring new leads in the case of a 16-year-old girl who was murdered, placed in a trunk and dumped along a remote stretch of Texas highway in November.

According to the Greenville Police Department and the Van Zandt County Sheriff’s Office, a $25,000 reward fund has been established for information that leads to an arrest and conviction in the homicide of Alicia Moore.

“If there’s someone out there that may have held back on something, we’re hopeful this will stimulate them to contact Crime Stoppers and provide the information,” Greenville Police Chief Dan Busken said. “We also believe there may be people out there that have information that might be helpful.”

A construction crew discovered Moore's body on Nov. 6 in a furniture trunk along state Highway 47 in Van Zandt County. The remains were found about 40 miles from Greenville, where the 16-year-old disappeared.

The body, police said, appears to have suffered trauma, though police won’t comment on the exact cause of death.

According to Busken, officials at Greenville Independent School District reviewed campus surveillance-camera footage that showed Moore safely exit the bus at 3:25 p.m. Friday, near her home at the corner of Bourland and Walnut streets. What happened to the teen after her drop-off remains a mystery.

Months before Moore was killed, her mother told police that 49-year-old Terry Dwayne Ramsire abused her daughter, according to police. Ramsire was charged with sexual assault of a child and indecency with a child by sexual contact, according to a city spokesperson. He's being held in the Hunt County Jail on $70,000 bond. However, Ramsire was in jail at the time of Moore's disappearance, and homicide has not named a suspect or person of interest in her death.

The Huffington Post does not typically identify victims of alleged sexual assault, however Moore's identity was revealed to the media before the sexual assault allegations were made public.

Authorities have released few other details about the case. According to Busken, investigators are waiting for forensic test results, which could yield more clues.

"If you know something, please -- just to help give the family closure -- just do the right thing. That's all we ask. There's money out there. Some people say money talks. Hey, this is your chance," said Moore's aunt Jessica Byrd. 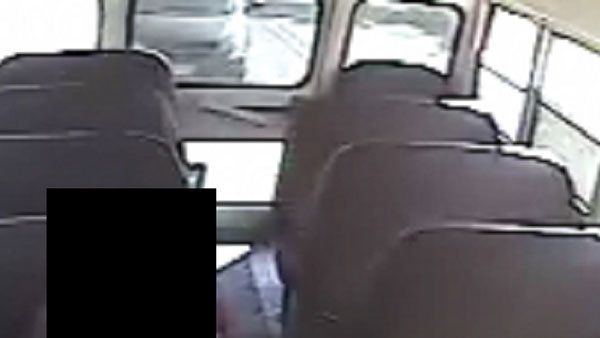