A strange discovery in Africa recently had locals questioning if there was an alien in their midst.

Several photos taken by national park ranger Llewellyn Dixon show what appears to be an alien creature in South Africa. However, the questions surrounding the unusual-looking carcass were disbanded when a local veterinarian performed an autopsy and confirmed the creature is not an alien as some suspected, The Herald reports.

"Anyone could see it was baby baboon," Dr. Magdalena Braum of The Crags Veterinary Clinic said, according to Times Live.

While the elongated carcass may not closely resemble a living baboon, Braum further explained that the corpse appears misshapen because the baboon was carried around by the mother after the baby's death.

"We have seen it quite often in baboon research troops, when females carry the deceased infants sometimes for as long as three to four weeks on their tail section before finally discarding them," Braum told Algoa FM.

In 2010, a team of scientists studying a community of chimpanzees in Guinea witnessed this behavior, relating it to the strong mother-infant bond often seen in primates.

"[P]rimate infants are born completely helpless and undergo a slow process of maturation during which time they are completely reliant on the mother," zoologist Dora Biro of the University of Oxford told LiveScience in 2010. "So the fact that dead-infant-carrying is seen in other species of primates is not so surprising."

See more photos of the alien-like creature below. 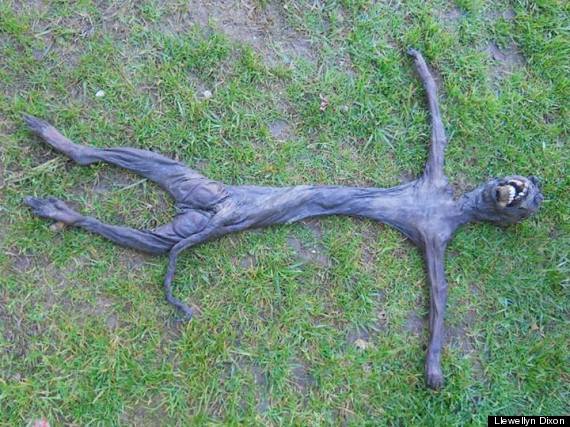 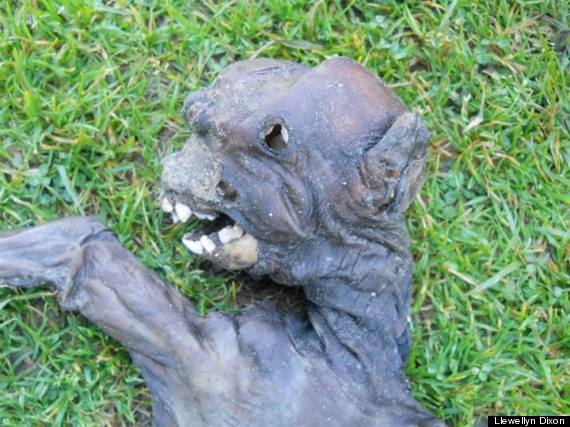