We're not alone in the universe -- or so say half of Americans in a new HuffPost/YouGov poll. And a quarter of Americans think that alien visitors have come to Earth.

According to the new survey, 50 percent of Americans think that there is some form of life on other planets, while only 17 percent think that there's not. Another 33 percent said they aren't sure.

Respondents were somewhat more skeptical when asked whether there's intelligent life on other planets. Thirty-eight percent said there is, 21 percent said there's not, and the percentage saying they're not sure edged up to 42 percent.

Scientists with the SETI institute have been using microwave radio to attempt to detect communication from other solar systems since the 1960s. And NASA programs, including the James Webb Space Telescope, set to launch in 2018, are currently underway to help identify other planets in the universe that may support life. 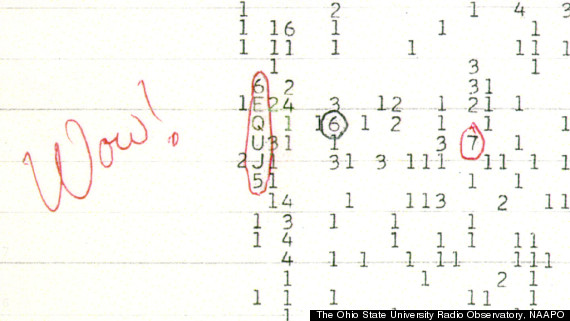 Many people believe our best chance of communicating with extraterrestrial life will be via radio signals. In 1977, researchers detected a signal that some claimed bore the marks of extraterrestrial origin -- hence the "Wow!" written in the margin.

Physicist Stephen Hawking has argued that intelligent life on other planets is likely to exist, but that if aliens had visited Earth it would have been a "much more unpleasant" experience than any UFO sightings.

And older respondents were more likely than younger ones to say that Earth has experienced alien visitors.