No one really knows whether we're alone or if the universe is brimming with brainy extraterrestrials. But that hasn't stopped scientists from trying to figure out what form intelligent aliens might take.

And as University of Barcelona cosmologist Dr. Fergus Simpson argues in a new paper, most intelligent alien species would likely exceed 300 kilograms (661 pounds)--with the median body mass "similar to that of a polar bear."

If such a being had human proportions, Simpson told The Huffington Post in an email, it would be taller than Robert Wadlow, who at 8 feet, 11 inches is believed to have been the tallest human who ever lived. 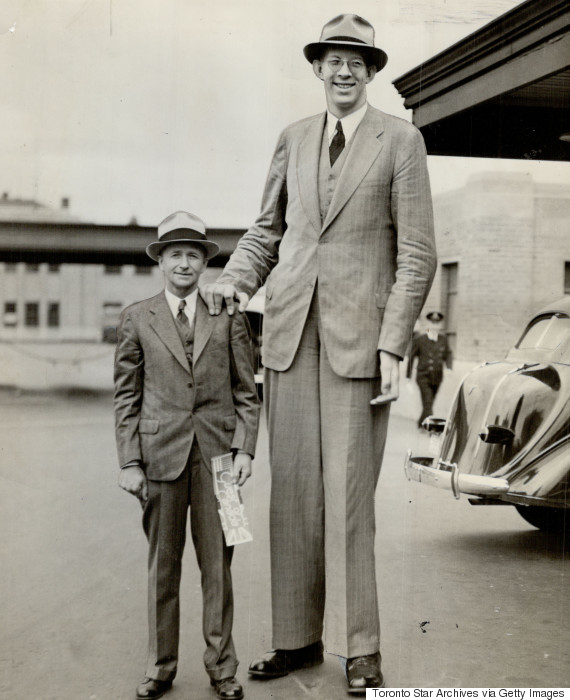 Simpson's paper, which is posted on the online research repository arXiv.org, is chockablock with formidable-looking mathematical equations. But as he explained in the email, his starting point was to consider the relationship between the number of individuals in a population on Earth and the body mass of those individuals:

"Ants easily outnumber us because they are small. Our larger bodies require a much greater energy supply from the local resources, so it would be impossible for us to match the ant population. Now apply this concept to intelligent life across the universe. On average, we should expect physically larger species to have fewer individuals than the smaller species. And, just like with countries, we should expect to be in one of the bigger populations. In other words, we are much more likely to find ourselves to be the ants among intelligent species."

What do other scientists make of Simpson's paper?

“I think the average size calculation is reasonable,” Dr. Duncan Forgan, an astrobiologist at the University of St. Andrews in Scotland who wasn't involved in the research, told Newsweek.

But to Dr. Seth Shostak, senior astronomer at the SETI Institute in Mountain View, Calif., the argument is suspect.

"There is an assumption here that intelligence can come in all (reasonable) sizes, and does so with more or less equal likelihood," Shostak told The Huffington Post in an email. "That may be true, but on Earth bigger has not always been better, at least in the brains department. Dolphins have higher IQs than whales, and crows are smarter than eagles. Octopuses are cleverer than giant squids, and obviously we’re smarter than polar bears."