It's being called a very close shave, at least in astronomical terms: new research indicates that 70,000 years ago a dim star passed within a mere 8 trillion kilometers (5 trillion miles) of our solar system.

That's about one-fifth the distance from the solar system to Proxima Centauri, the star that is currently our system's closest stellar neighbor, and the closest that any star has ever come to our system. 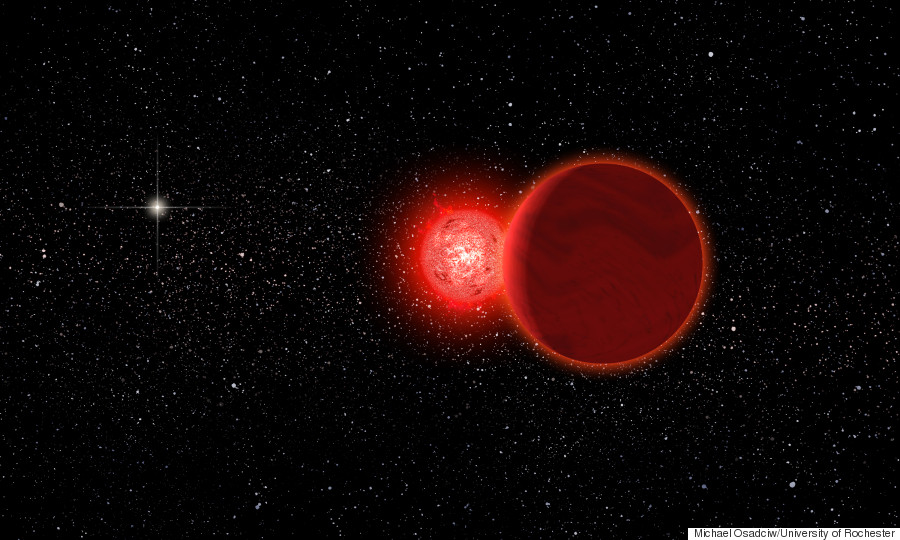 Artist's conception of Scholz's star and its brown dwarf companion (foreground) during its flyby of the solar system 70,000 years ago. The sun is seen at the left, in the background. The pair is now about 20 light-years away in the constellation Monoceros.

The small red dwarf star was discovered in 2013 by German astronomer Ralf-Dieter Scholz, according to a written statement released by the University of Rochester. A red dwarf with a mass about 8 percent that of the sun, "Scholz's star" isn't the most prepossessing star in the cosmos. But when astronomers noticed that the star and its even less massive brown-dwarf companion were moving very slowly across the sky, they took notice.

"Most stars this nearby show much larger tangential motion," Dr. Eric Mamajek, associate professor of physics and astronomy at the university and the lead author of a paper describing the research, said in the statement. "The small tangential motion and proximity initially indicated that the star was most likely either moving towards a future close encounter with the solar system, or it had ‘recently’ come close to the solar system and was moving away."

To figure out whether the star was coming or going, a team of astronomers made detailed measurements using telescopes in South Africa and Chile, according to the statement. Sure enough, the data suggested that the star was moving away from our solar system. The scientists traced the trajectory back in time, and their models pinpointed the distance and date of the close shave.

Scholz's star is almost certain to have passed through the “outer Oort Cloud,” a comet-filled region of space at the edge of the solar system. But the star is believed to have had a negligible effect on the comets there. 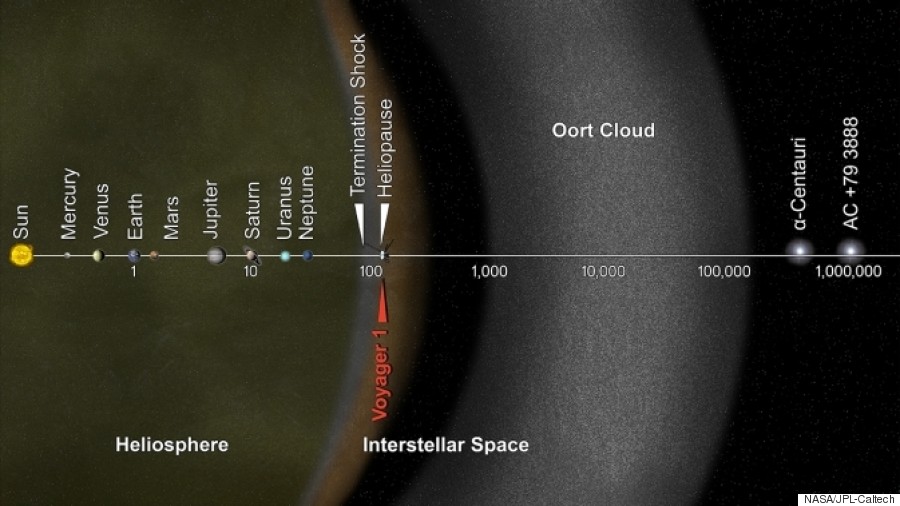 This artist's concept puts huge solar system distances in perspective. The scale bar is measured in astronomical units (AU), with each set distance beyond 1 AU representing 10 times the previous distance. Each AU is equal to the distance from the sun to the Earth. Scholz's star passed by Earth at a distance of about 52,000 AU, according to the new resarch.

"There are trillions of comets in the Oort cloud and likely some of them were perturbed by this object," Mamajek told BBC News. "But so far it seems unlikely that this star actually triggered a significant 'comet shower'."

The paper was published Feb. 12, 2015 in The Astrophysical Journal Letters.