SANTA CLARA, Calif. — The discovery of life beyond Earth would shake up our view of humanity's place in the universe, but it probably wouldn't seriously threaten organized religion, experts say.

Religious faith remains strong in much of the world despite scientific advances showing that Earth is not the center of the universe, and that our planet's organisms were not created in their present form but rather evolved over billions of years. So it's likely that religion would also weather any storms caused by the detection of E.T., researchers say. 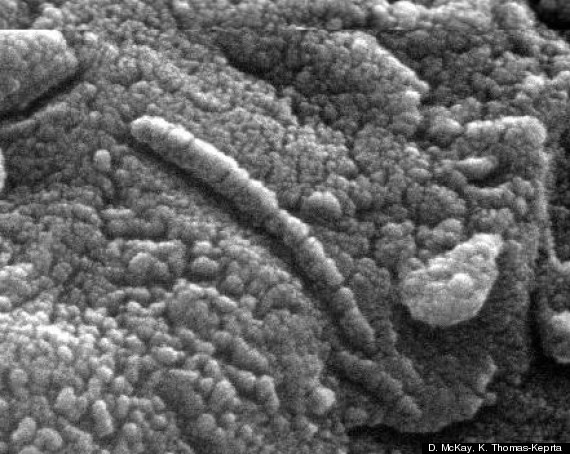 Martian fossil? This microscopic shape was discovered within Martian meteorite ALH84001, with the debate still on over whether it is a fossil of a simple martian organisms that lived 3.6 billion years ago.

We're not the center of the universe

The Bible, Koran and other sacred texts of the world's major religions stress God's special concern for humanity and for Earth. So the discovery of aliens — microbes on Mars, say, or signals from an intelligent civilization in another solar system — might seem threatening, by implying that we and our planet aren't all that special.

But our species has had plenty of time to get used to this idea. Nicolaus Copernicus made perhaps the first powerful case for it in 1543, when his seminal work "On the Revolutions of the Celestial Spheres" showed that Earth revolves around the sun, rather than the other way around.

"We haven't been the center of the universe for a while now — four centuries," said panelist Seth Shostak, a senior astronomer at the SETI Institute.

And recent alien planet discoveries continue to remind us of this fact. Scientists have already detected more than 700 planets beyond our solar system, and several thousand more await confirmation by follow-up observations. Some of these exoplanets are small and rocky, like Earth, and some orbit in their stars' habitable zone, that just-right range of distances where liquid water could exist on the planet.

We also have a few historical test runs that shed light on how people might react if we ever do discover E.T., Shostak added.

In the early 20th century, for example, many people regarded the so-called "canals" of Mars as strong evidence of an intelligent civilization on the Red Planet. And in the mid-1990s, scientists announced the discovery of possible microfossils in the Martian meteorite known as ALH 84001.

In neither case did the walls of churches, mosques and temples start to crumble.

"This experiment's been run many times, and people never go nuts," Shostak said. (The debate over ALH 84001 continues today, but most Mars scientists remain unconvinced that it contains strong indications of life.)

Further, the news that we're not alone in the universe likely wouldn't come as a huge shock, because large numbers of people in the United States and abroad already believe that E.T. is out there somewhere.

"If you ask most people whether there is alien life, most people say yes," said science-fiction author Robert Sawyer, who was also part of the panel discussion. "It's the prevalent opinion. At least, the last poll I saw in the United States was that most Americans believe that there's extraterrestrial life."

So rather than being shaken to its foundations by the confirmation of life on another planet or moon, organized religion may accept the news, adapt and move on.

Vakoch cited the example of Baptist theologian Hal Ostrander, who is an associate pastor at a church in Georgia.

"Dr. Ostrander is adamantly opposed to evolution, and yet he has no problem with the idea of there being extraterrestrials," Vakoch said. "He says it's as if a couple has one child, and then they decide to have a second child. Is that second child any less special? So too if God decides to have life on our planet, and then another planet, and another planet. It doesn't make us less special."

Copyright 2012 SPACE.com, a TechMediaNetwork company. All rights reserved. This material may not be published, broadcast, rewritten or redistributed.
PHOTO GALLERY
This Week In Science History, June 24-July 1
Download
Calling all HuffPost superfans!
Sign up for membership to become a founding member and help shape HuffPost's next chapter
Join HuffPost 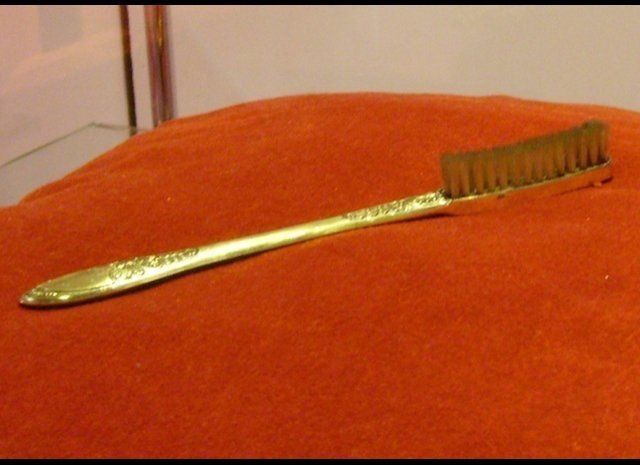 1 / 12
Brushing History
On June 26, 1498, the Emperor of China invented the first bristle toothbrush using the coarse hairs from a hog's back. The invention swept the world--even French leader Napoleon Bonaparte brushed his teeth with a silver-handled version (see photo). Now June 26 has become known as National Toothbrush Day.
Flickr: inyucho