*Scroll down for video.*

Scientists at NASA's Goddard Space Flight Center used the Discover supercomputer to create a simulation of our solar system as it might appear to alien astronomers thousands of light-years away.

This "alien's view of [the] solar system" was created by tracking 75,000 dust particles (See image and video below). Motherboard TV explains, "The [dust] grains are part of the Kuiper Belt (pron. kai pur), an icy region beyond Neptune where millions of small bodies (including Pluto) orbit the sun - and which may be the only visible signature of our solar system from afar."

Astrophysicist Marc Kuchner lead the study and published a paper on his findings in the September 7 Astrophysical Journal. "The planets may be too dim to detect directly, but aliens studying the solar system could easily determine the presence of Neptune -- its gravity carves a little gap in the dust," Kuchner said. "We're hoping our models will help us spot Neptune-sized worlds around other stars."

Kuchner and his team were surprised by how closely their simulations resembled Hubble Telescope images of Fomalhaut, a young star located 25 light-years away, in the constellation Piscis Austrinus. "The amazing thing is that we've already seen these narrow rings around other stars," said Christopher Stark, who assisted Kuchner in his research. "One of our next steps will be to simulate the debris disks around Fomalhaut and other stars to see what the dust distribution tells us about the presence of planets."

Watch the video (below) to learn more about how astronomers could discover planets like Neptune--and possibly Earth--without seeing them directly. Click here to read more from NASA about these new data. 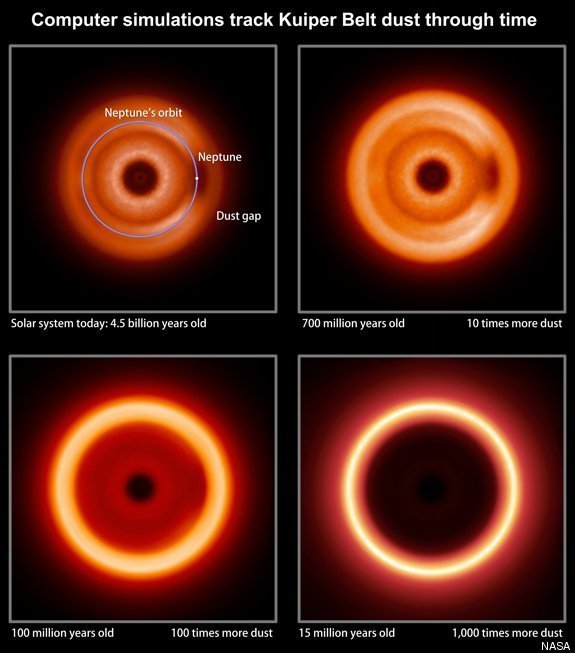 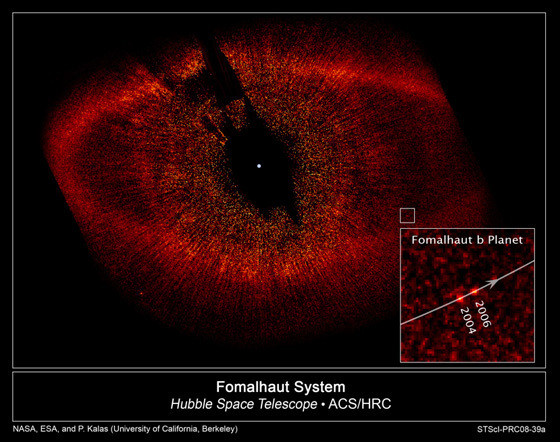