Talking to the journalist through a crack in her front door, the woman, who was later identified as Alina Tsarnaeva, said she was shocked to hear that her siblings were suspects in the attack.

"They were great people. I never would have expected it," Tsarnaeva told the Star-Ledger. "They are smart – I don’t know what’s gotten into them."

Tsarnaeva said she hadn't heard from the two in several years, but referred to Dzhokhar Tsarnaev, the 19-year-old still at large, as "an amazing child."

According to the Associated Press, the FBI is now at Tsarnaeva's home.

Federal officers cordoned off the three-story brick building, which is located just across the Hudson River from New York City, the AP reports.

Tsarnaeva is only the latest of several family members who have been located and interviewed in the aftermath of the nationwide manhunt for the Boston bombings suspects.

Ruslan Tsarni, uncle of the suspects, told reporters in Cambridge that he'd lived with the two men for 10 years.

"I always told those two, Islam has always been there, just do your business. Work, go to school, be useful. Know why you came to America," Tsarni said. "I am not sympathizing with them."

The suspects' aunt Maret Tsarnaev told the Toronto Sun that the news was a "huge tragedy."

“My brother’s two boys, they are growing up so fast," she said. "My first reaction is, ‘Why the hell would they do this?’"

(The AP identifies the aunt as Maret Tsarnaeva.)

Meanwhile, the boys' father, Anzor Tsarnaev, told the BBC that his younger son was was training to be a doctor and must have been set up. 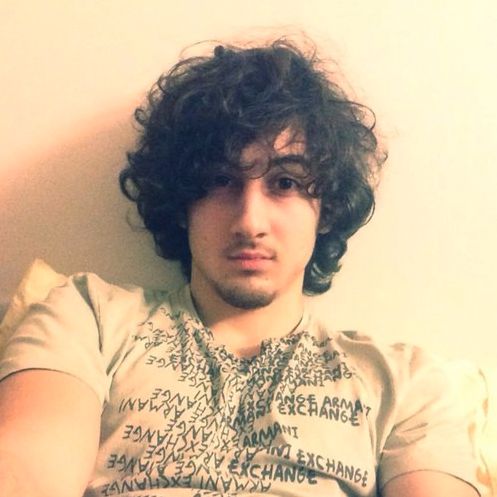