One of the photos depicts Skaf, who New York Magazine reports used to be a model, posing seductively in a bathing suit. Another photo shows her leaning in to kiss her husband, her bright red underwear visible.

Update: The photos are no longer available on JohnTurk.com, but Georgia Straight has posted the images.

Hannibal Gaddafi and Skaf made headlines in the winter of 2010 when police were called to their London hotel after Gaddafi reportedly hit his wife, breaking her nose and sending her to the hospital, The Daily Mail reports. She later said she suffered the facial injuries in an accidental fall.

In August, CNN reported that Skaf had tortured Shwygar Mullah, a nanny taking care of her children, by pouring boiling water on her head.

In September, The Independent reported that a laptop found in one of Hannibal's homes in Tripoli contained dozens of images of his family, including pictures of him and his wife with animals -- including a huge python -- "borrowed" from the local zoo. One picture depicts Skaf "scantily dressed, looking nervous, with the snake draped around her," according to The Independent.

It's not clear if these images are from the same computer.

Found via Gawker via JonTurk via Egotastic. 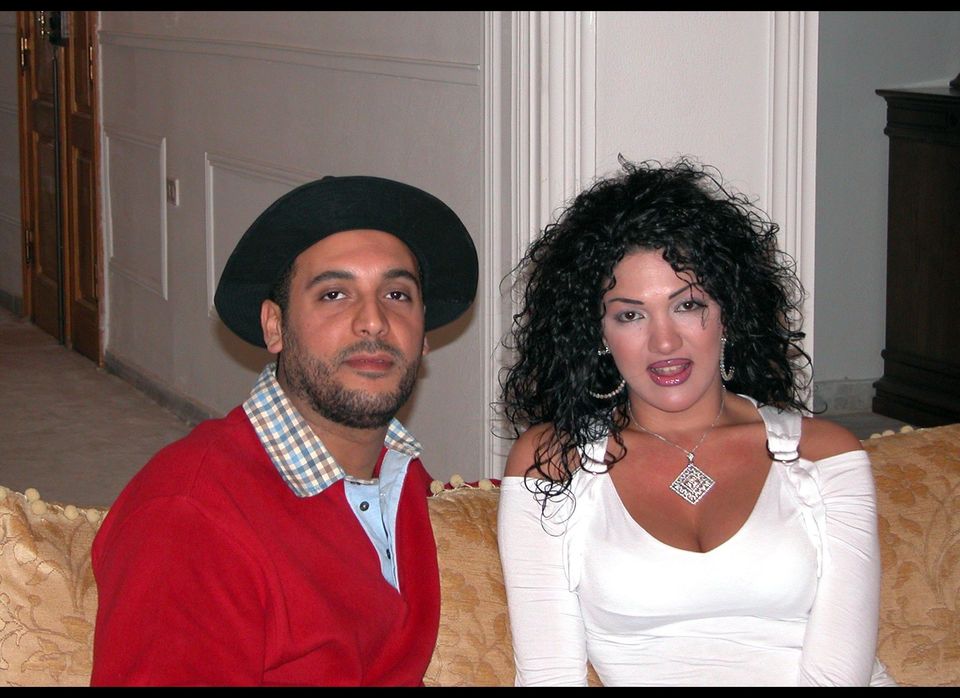